FLASHBACK: Obama Says Mail-in Ballots Can Only Be Trusted if the Signatures are Verified (VIDEO)The Imaginary TrumpThe Trumpiness of the GOP’s Future: Five Key QuestionsI am grateful for one of God’s greatest blessings to mankind — the free marketOn this Thanksgiving, I count seven lifelong friends as among my biggest blessingsPolitico: From Tabasco Flood of Trump, We Sip Almond Milk with BidenBe Thankful for the Capitalism That Makes the Abundance Laid Out Before Us PossibleTrump: General Michael Flynn ‘has been granted a Full Pardon.’Shopping SuperstitionsVermont Governor Directs Schools To Interrogate Students About Their Family’s Thanksgiving Activities
Patriot Daily Press
Skip to content 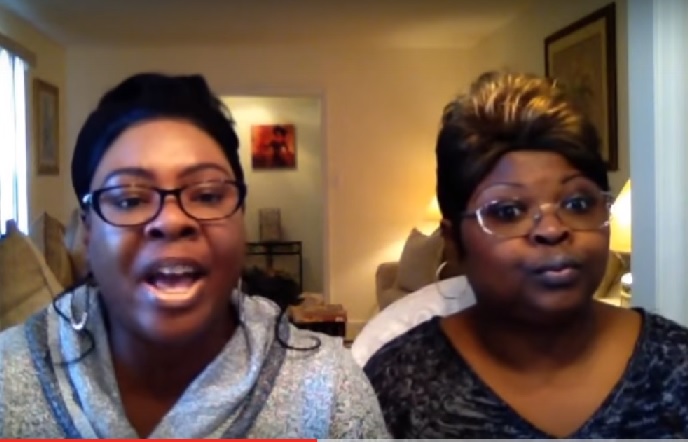 CW’s Roswell, New Mexico sure hasn’t been taking a break lately. After not one but two episodes pushing the virtues of abortion, we now jump ship to one of the great liberal strawman: the drunk redneck. It goes over about as well as a journalist at a Task Force briefing.

The April 6 episode “What If God Was One of Us?” sees Michael (Michael Vlamis), one of our resident aliens, attempting to find out more information about his birth mother. He enlists the help of his ex Alex (Tyler Blackburn) to look into an old farm property that may have some hidden information. Unfortunately for them, the property is now home to a drunk redneck. And this is not just any drunk redneck, mind you, but a weapons enthusiast with a love for Diamond and Silk (right).

Seriously, he threatens to kill Michael and Alex with his personalized weapon for trespassing. The only way the two survive is by tricking the redneck to go after his horses, “Diamond” and “Silk,” set free by Michael’s alien powers. Because the murderous weapons-toting redneck is apparently also a fan of conservative YouTubers. It’s like an amalgamation of awful stereotypes.

Michael: Think he realizes he can’t possibly shoot both of us with that thing?

Alex: I don’t think logic is the best defense against a buzzed redneck.

Michael: Aren’t there terms to your probation when it comes to weapons? Court stipulates no firearms. Redneck: The 140-psi Buck-banger’s got no combustible parts. But it’ll still bust a hole in your junkyard ass unless you vacate this little patch of paradise.

Redneck: With what? Whoa! Hey! Diamond! Silk! Get back here!

At this point, the people on Roswell, New Mexico have to be aliens themselves. No way that they would actually buy the propaganda they’re making otherwise. Sadly, this seems to be common sense to the left, and they certainly don’t come in peace.