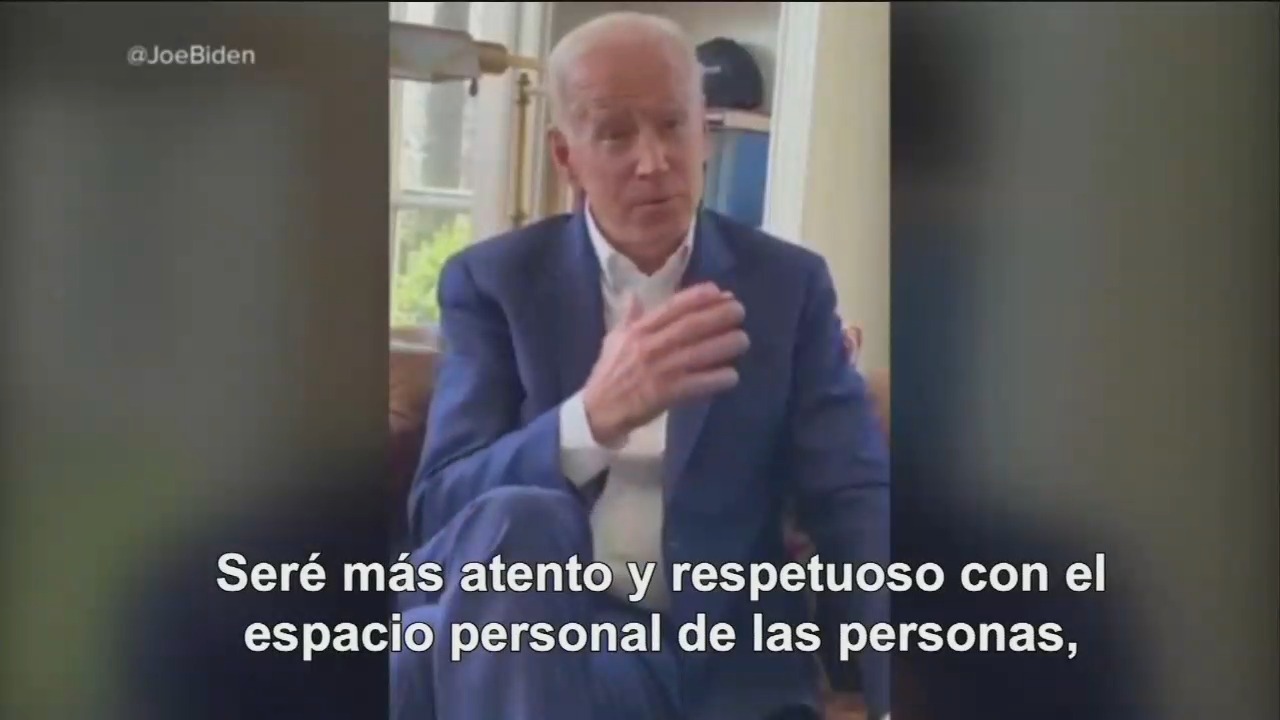 Are the Hispanic networks covering up unfavorable news for Joe Biden’s presidential campaign? That’s what it looks like.

This time, it´s about a sexual harassment accusation against Joe Biden by Tara Reade, a former assistant of then-Senator Biden. It was not until the Spanish-speaking national network Azteca America, published a radio interview with Reade and journalist Katie Harper, that the nation’s Latino audience became aware of the issue.

Here is a excerpt of the interview posted on Harper’s SoundCloud page, which asides from Azteca, was ignored by the Hispanic media.

TARA READE: …called me in and said, I want you to take this to Joe, he wants it. He wants you to bring it. Hurry. And I said okay, and it was a gym bag. she said. You know, take the gym bag, she called it, athletic bag. And, you know, she said he was down towards The Capitol. And he’ll meet you. And so I went down, And I was heading down towards there. And he was, at first, talking to someone, I could see him in a different distance and then they went away, and then we were in like the side… it was like the side area. And, um, he just said: “Hey, come here, Tara.” And then I handed him the thing, and he greeted me- remembered my name-. And then, we were alone. And it was the strangest thing. There was no, like, exchange, really- he just had me up against the wall. And, um, I was wearing, like, a skirt, and…you know, business skirt but I wasn’t wearing stockings- it was kind of a hot day that day, and I was wearing heels. And I remember that my legs had been hurting from the marble, you know, of the Capitol, like walk…and I…so I remember that kind of stuff, I remember like…I was wearing a blouse, and he just had me up against the wall, and the wall was cold. And I remember he…it happened all at once. The gym bag, I don’t know where it went. I handed it to him, it was gone, and then his hands were on me and underneath my clothes. And um, yeah…he went…ugh. He went down my skirt but then up inside it. And he, uh…penetrated me. With his fingers, Whatever. And, um…I…he was kissing me at the same time and he was saying something to me. He said several things that I can’t remember everything he said- I remember a couple of things. I remember him saying first, like as he was doing it: “Do you want to

Among Reade’s allegations against Joe Biden, according to  Azteca’s report,  “Reade told Harper that it all started when he was asked to take a gym backpack to Biden. Arriving with Biden, Reade alleges that Biden greeted her by name and immediately gave way to the aggression.” “And then, we were alone. And it was the strangest thing. There was no, like, exchange, really- he just had me up against the wall.” “…and then his hands were on me and underneath my clothes. And um, yeah…he went…ugh. He went down my skirt but then up inside it..”

It is worth noting the difference in the treatment that the main Hispanic media in the United States gave to this accusation about an alleged sexual impropriety by Biden in 1993 -so far, eight women have reported him for improper conduct and sexual harassment – as well as the media´s bombardment, both in Spanish and English, prior to the challenging nomination of Judge Brett Kavanaugh in 2018, and the parade of allegations of his sexual abuse against several women.

It seems that for the Hispanic media it is better to ignore these women (What ever happened to the MeToo activists?), or to treat this as a passing thing, in order to give time in the air to Biden’s own apologies for being so “affectionate”.

In 2018, it was touted that every person who accuses another of sexual aggression should be believed. Given the lack of coverage that has been given to the subject (and the coronavirus is no excuse), it seems that the new motto is to believe all those who make the accusations as long as it benefits the media´s political agenda.