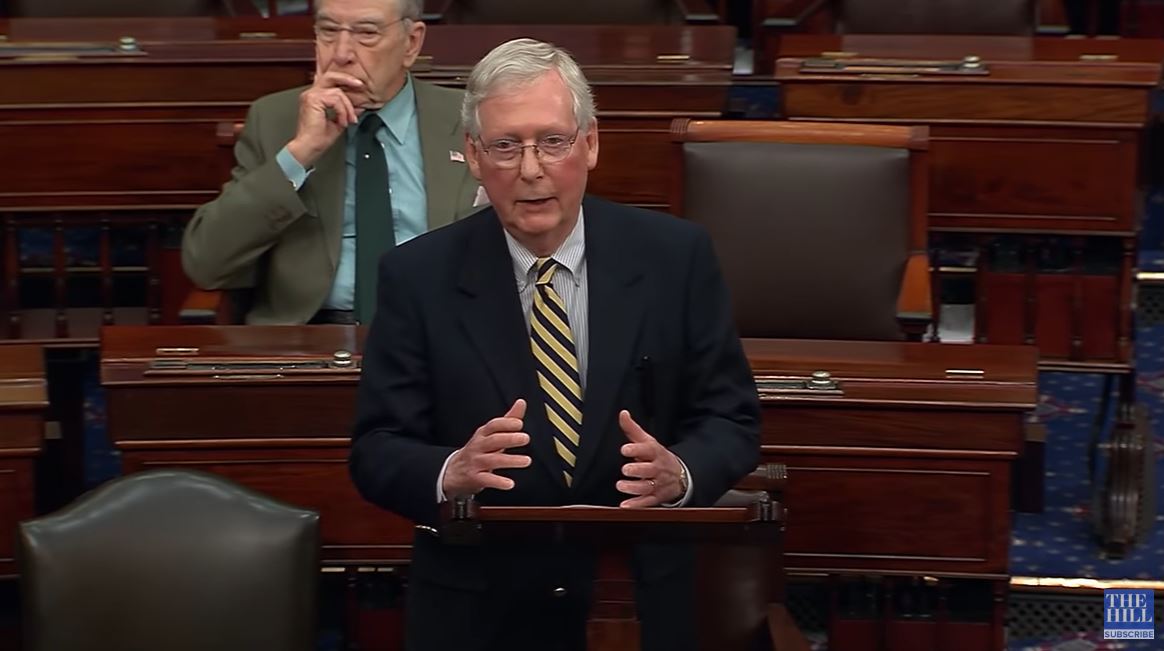 Washington Post columnist Alexandra Petri has frequently used humor in her items (usually published in Saturday’s print edition), so it was no surprise when her latest item tried to concoct a post-apocalyptic view of Senate Majority Leader Mitch McConnell (R-KY) as a fanatical, heartless, ruthless scourge still confirming federal court judges despite the fact that “a great serpent swallowed the Earth.”

Instead, Petri’s Gene Weingarten-like attempt at humor to push liberal venom in “Sitting on a throne of skulls, Mitch McConnell confirms his 8,999th judge” fell flat on its face, and instead bolstered the legendary institutionalist, alongside the nicknames “Cocaine Mitch,” the “Grim Reaper,” and “Nuclear Mitch” to name a few.

As our friend Julio Rosas from Townhall tweeted, “why do they insist on making Cocaine Mitch cool?”

The column began with two graphs in italics about McConnell’s real-life insistence that the Senate will continue to fill judicial vacancies (click “expand”):

“We will go back to judges,” he said in an interview. “My motto for the rest of the year is leave no vacancy behind.”

The whole landscape was barren, and the fires burned everywhere. And in the smoldering remains of the Senate, Mitch McConnell sat on a throne of skulls making preparations to confirm his 8,999th judge. Mitch McConnell would leave no vacancy behind.

The people were long gone. The streets were empty, and some old scraps of burned newspaper tossed on the hot, sulfurous wind. And Mitch McConnell was still confirming judges.

The sky was a dark, angry red. The sun was not visible and had not been visible for a long time. There were no longer any rhinoceroses whatsoever. There were exactly three birds. The halls of Congress were empty except for John Quincy Adams’s ghost and one hoarse buzzard perched on a cracked torso in Statuary Hall. And Mitch McConnell was still confirming judges.

“Just one more,” he muttered.

Again, Petri and the Democracy Dies in Darkness Post published this as satire meant to impugn McConnell. But like Obi-Wan Kenobi said in Star Wars: A New Hope, “if you strike me down, I shall become more powerful than you can possibly imagine.”

For as much as the liberal media try to brutalize McConnell, his supporters (and the Senator himself) have taken it in stride.

Petri continued her attempt to paint McConnell as a villain beyond the pale of human decency, but like her opening, it was one giant self-own (click “expand”):

Someone crawled toward him through the dust on hands and knees. “Why?” creaked forth from his chapped lips. “Mitch, why?” It might have been Chuck Grassley. No one could say. There was no one there to say.

“We can walk and chew gum at the same time,” Mitch McConnell said, as though that were an answer. There had not been chewing gum for a long time.

And then there was the conclusion that sounded more like a Babylon Bee article praising McConnell than a Post column meant to impale him:

The Fates gave up spinning and measuring and cutting the threads of human lives. Perpetual motion machines wound to a halt. The world tree Yggdrasil cracked and a great serpent swallowed the Earth. Mitch McConnell continued appointing judges. This would be his life’s result. This would be his legacy.

As the MRC’s Tim Graham wrote in 2011, far-left and godless but cartoonishly strange Weingarten employed a similar analogy, satirizing that former Vice President Dick Cheney had “a gunnysack filled with unblemished human heads” and “700…East African mountain gorillas.” Needless to say, it certainly didn’t leave a mark or make anyone change their mind on Cheney.