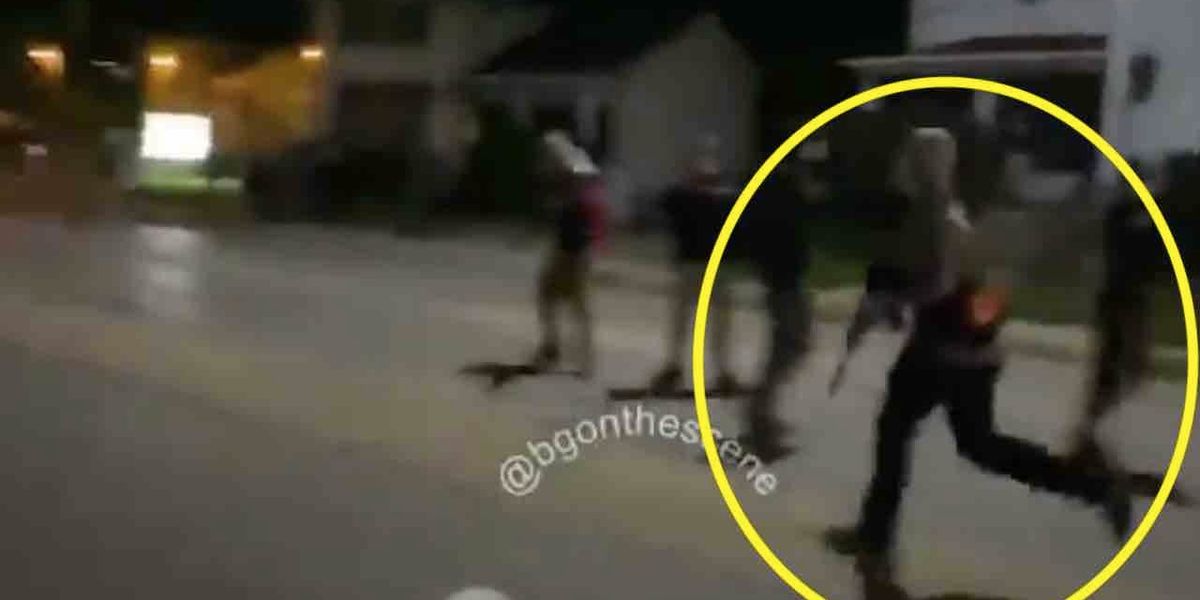 The suspect accused of
killing two people and wounding a third when rioters and “militia” faced off Tuesday night in Kenosha, Wisconsin, was in jail in Lake County, Illinois, on Wednesday, the Milwaukee Journal Sentinel reported.

Kyle Rittenhouse, 17, was charged as a fugitive from justice on a homicide charge from Kenosha County, the paper said, citing court records.

A warrant referenced in Lake County records is not yet listed in Wisconsin online court records, the Journal Sentinel added.

Penzenstadler also
tweeted that the Illinois complaint ticket reads that the suspect “fled the state of Wisconsin with the intent to avoid prosecution for (homicide)”; he added that court records show Rittenhouse has been assigned a public defender and will appear for an extradition hearing Friday.

Rittenhouse will be charged as an adult according to Wisconsin law, the Journal Sentinel reported.

One victim was shot in the head and another in the chest late Tuesday, just before midnight, Kenosha County Sheriff David Beth told the Journal Sentinel in an
earlier story, adding that Beth didn’t know where the third person was shot — although video posted to social media showed someone had been shot in the arm.

Police said injuries to the third shooting victim, a 26-year-old West Allis man, were not life threatening, the Journal Sentinel reported, adding that the two killed were a 26-year-old man from Silver Lake and a 36-year-old Kenosha man.

The paper said a
video clip shows a man sprinting into a car lot at 63rd Street and Sheridan Road carrying a long gun — and someone pursuing him appears to throw something toward him, and then multiple gunshots are heard.

Another clip posted by BlazeTV’s Elijah Schaffer shows a male, who apparently was shot in the head in the aforementioned incident, with a group around him and applying pressure to the wound.

“Call the police!” someone hollers.

I repeat someone has been shot in what appea… https://t.co/cgyiSKkxEz

More from the Journal-Sentinel:

Other videos show a man who seems to be the same man wielding a long gun while running north on Sheridan Road, being pursued by people screaming that he shot someone. He falls to the ground and fires the gun at people who seem to be trying to disarm him. While on the ground, he appears to shoot two of them, one in the torso and another in the arm.

The victim who was shot in the arm ran away from the shooter, bleeding heavily and screaming repeatedly that he needed a medic. More gunshots followed. A bystander who was live-streaming helped the victim with tying a tourniquet around his arm.

(Warning, Graphic/Violent)
A crowd chases a suspected shooter down in Kenosha. He trips and falls, then turns with… https://t.co/vxBAmOy0TK

The Journal Sentinel added more detail about what happened in the above shooting in another
follow-up story:

A second person, holding a skateboard, runs up and hits the shooter on the head with the skateboard as he begins sitting up again. The person grabs the shooter’s gun, but the shooter still has hold of it and fires, appearing to hit the person in the chest as they pull back and begin to run away. The person crumples to the pavement a few feet away and lies still.

Sheriff Beth told the Journal Sentinel that self-described militia members have been patrolling Kenosha’s streets in recent nights, but that he didn’t know if the shooter was with one.

“They’re a militia,” Beth added to the paper. “They’re like a vigilante group.”

In regard to the alleged shooter, Schaffer posted the following:

CONTEXT: I spoke with the alleged shooter earlier in the night who stated he was there to protect property

A video recorded earlier in the evening shows a white protester antagonizing the group that showed up with rifles to ward off rioters. Toward the end of the clip, this individual uses the N-word as he dares the group with guns to “shoot me!” — which runs counter to the mainstream media narrative that white supremacists are behind the deadly violence, as someone from the protesting side openly used racist language in the presence of black people.

Rioters are getting into confrontations with armed citizens who are out here to prevent looting and destruction to… https://t.co/waOikRHEn7

In addition,
video images show the man with badly shot arm was pointing a handgun at the shooter while chasing him with a mob.

Other videos show the man whose arm was badly wounded getting treatment on the street.

In one clip, presumably regarding the injured man’s gun, a voice is heard saying, “It’s loaded. It’s loaded,” just after the 2:15 mark. (Content warning: Language):

In another clip, someone tells police that “there’s a loaded handgun” in the street, just before the 2-minute mark. (Content warning: Language):