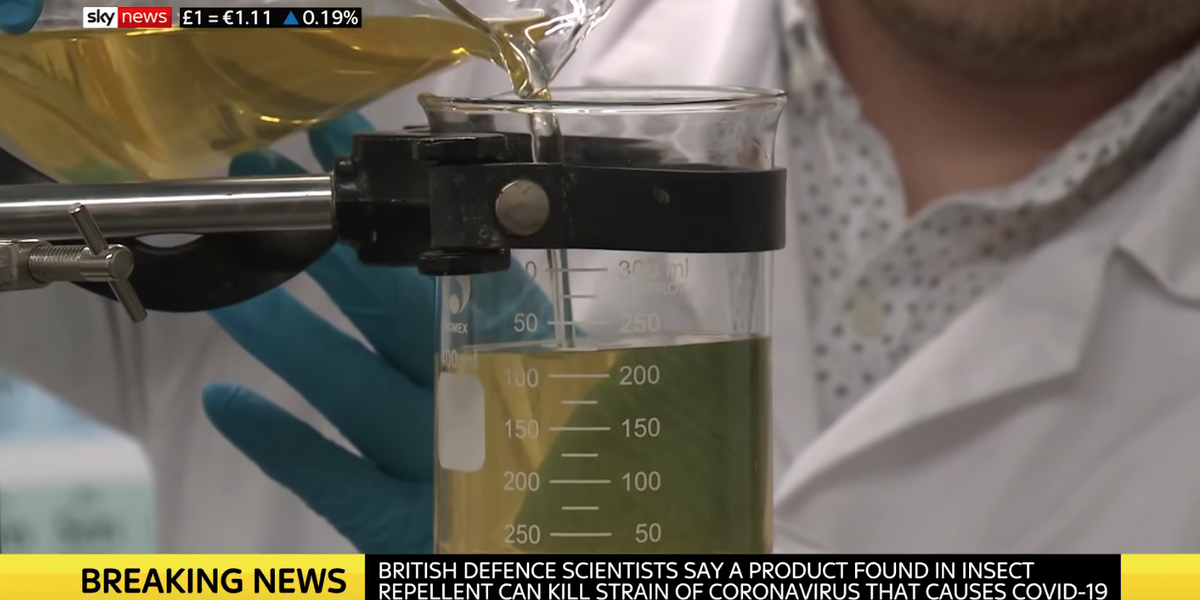 British scientists found that a common ingredient in insect repellant was successful in killing the virus that causes COVID-19.

According to a United Kingdom Ministry of Defense release Wednesday, scientists found that Citriodiol, an ingredient in the repellant spray, Mosi-guard, was proven to be effective against the SARS-CoV-2 virus in a preliminary study put on by the country’s defense laboratory.

Now scientists at the U.K.’s Defense Science and Technology Laboratory (DSTL) say they are sharing their preliminary findings so that others can further research the ingredient’s effectiveness.

Sky News reported that Britain’s Armed Forces were given a supply of the repellant in April in the hope that it might provide a protective layer against the virus.

At the time, Jacqueline Watson, managing director of Citrefine International Ltd, which produces Citriodiol, said: “What we can say is that we do feel there is a very good chance it could work against this virus but it does of course need to be thoroughly tested.”

The outlet noted that repellents containing Citriodiol are not thought to be sufficient enough to protect people from the virus on their own, but thus far have been used as an additional layer of protection along with face masks and hand washing.

According to Citrefine’s website, Citriodiol is naturally sourced ingredient derived from the leaves and twigs of the eucalyptus citriodora tree and produced by “accelerating the oil’s aging process that naturally occurs in the leaf.”

It is approved by the U.S. Environmental Protection Agency for use as an insect repellant.

Here’s more on the story: