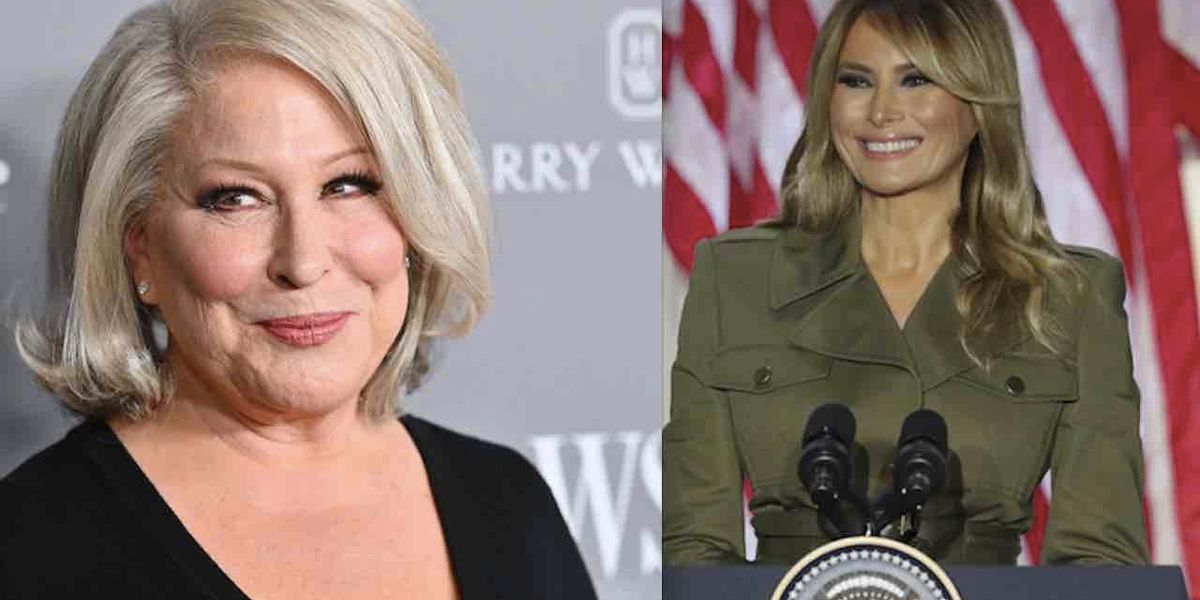 As we’ve come to understand, left-wing entertainer Bette Midler can dish out the disses with the best of them — particularly when her target is President Donald Trump.

But it would appear that even a Hollywood icon like Midler isn’t always strong enough to withstand public outrage.

See, when first lady Melania Trump headlined the second night of the Republican National Convention this week, Midler thought it would be a wise idea to live tweet her reactions.

And the insults flowed from Ms. Wind Beneath My Wings, who called the first lady an “illegal alien” and followed that barb by saying, “Oh, God. She still can’t speak English.”

Midler also compared her to a mail-order bride. “I’m surprised Trump wants to destroy the #PostOffice. He got all his wives from it,” she said.

What was the response?

Midler’s comments, particularly about Mrs. Trump’s English-speaking abilities, were met with massive backlash accusing her of racism and xenophobia:

Doubling down — then crying ‘uncle!’

After the deluge of criticism, Midler appeared to double down and defend herself: “Just giving them a taste of their own immigrant bashing medicine.”

Why not? Just giving them a taste of their own immigrant bashing medicine. I guess they’re not keen. https://t.co/yAuMjgxqiH

But just hours later it apparently became clear that she was going to lose this battle in the court of public opinion — and Midler apologized:

Well, all hell has broken loose because I said Melania “still can’t speak English” last night. I was wrong to make… https://t.co/vMM57xD2fB

“Well, all hell has broken loose because I said Melania ‘still can’t speak English’ last night,” she tweeted Wednesday. “I was wrong to make fun of her accent. America is made up people who speak with all kinds of accents, and they are all welcomed always.”

Oh, Bette, did you ever know that you’re my hero — and everything I would like to be?