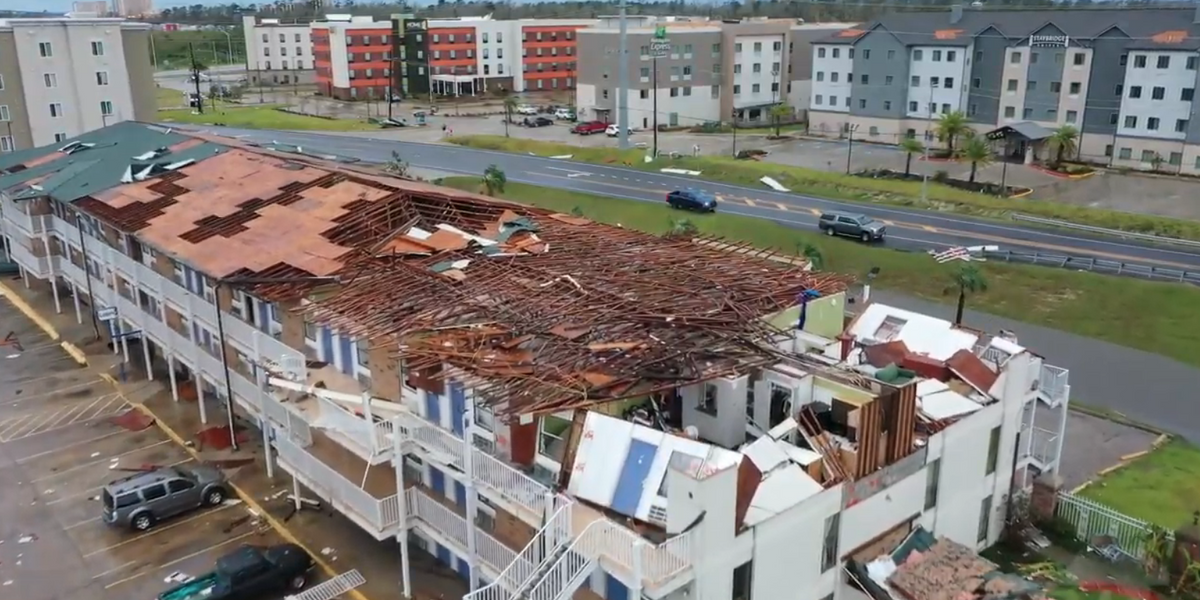 Hurricane Laura, one of the most powerful storms to ever hit the continental United States, made landfall early Thursday morning near Lake Charles, Louisiana, bringing winds of over 150 mph and up to 9 feet of storm surge, according to the Weather Channel.

On Wednesday, the National Hurricane Center called the storm “unsurvivable” and “catastrophic” and now we are getting a first glimpse of the wreckage it caused, including tearing buildings to pieces and leaving more than half a million without power.

Hours later, he would post another video from the eye of the storm, warning that the damage toll on the Gulf Coast would be grave.

EYE WALL of powerful #HurricaneLaura in Lake Charles, LA with the Dominator Fore and HERV taking some debris. Sadly… https://t.co/j1hvQF1MkL

The strong winds can be seen bending trees back in a video posted by “Hurricane Man” Josh Morgerman.

Then, as the sun rose in Lake Charles, the extent of the damage could be seen.

Aside from the damage to buildings, there is obviously a fear that, despite mandatory evacuation orders, not all residents were able to escape from the storm’s path in time.

“There are some people still in town and people are calling … but there ain’t no way to get to them,” Tony Guillory, president of the Calcasieu Parish Police Jury, told the Associated Press early Thursday morning on the phone.

For those who remained on the coast during the storm surge, chances of survival were severely diminished.

“We know anyone that stayed that close to the coast, we’ve got to pray for them, because looking at the storm surge, there would be little chance of survival,” Louisiana Lt. Gov. Billy Nungesser added on ABC’s “Good Morning America.”

But so far, no deaths have been reported as a result of the storm.