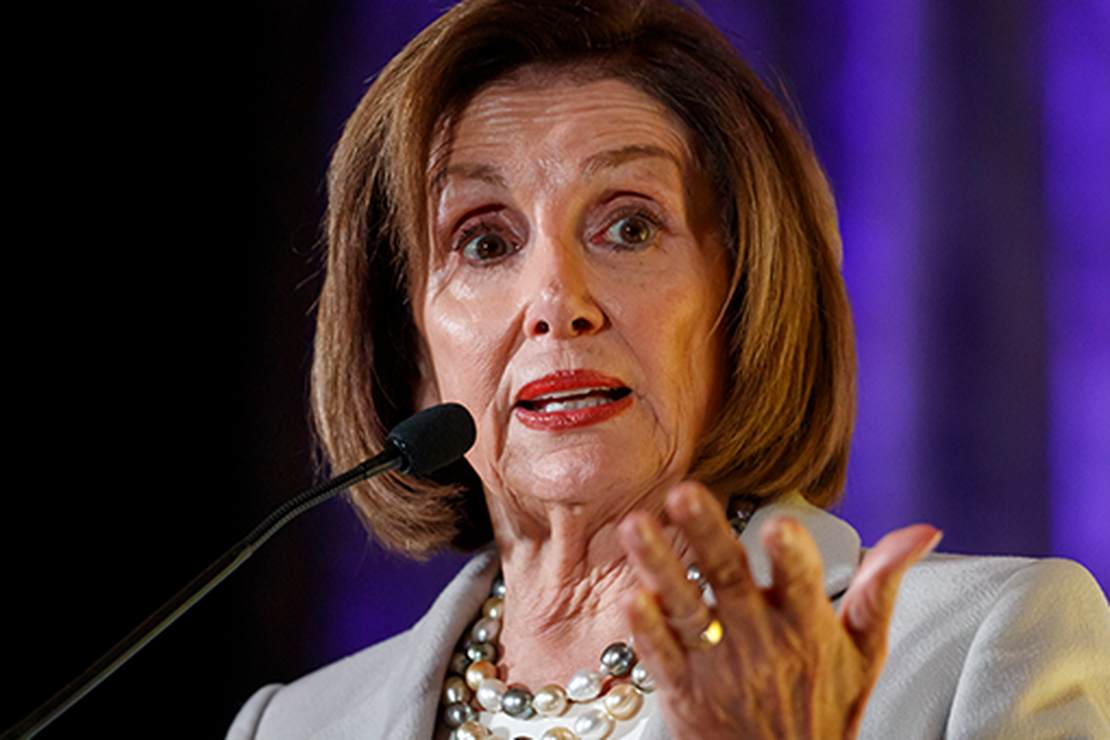 White House Chief of Staff Mark Meadows says Donald Trump will sign a $1.3 trillion coronavirus relief package, up from a $1 trillion offer on the table with Democrats from three weeks ago, by far short of Speaker Nancy Pelosi’s demand that Trump agree to sign a $2.2 trillion bill before negotiations resume.

“The president right now is willing to sign something at $1.3 trillion,” Meadows told reporters at the White House, saying that the figure had been offered privately to Democrats. He had previously said the White House was willing to go “north” of $1 trillion but did not offer a precise figure.

He said, however, that Speaker Nancy Pelosi (D-Calif.) has stood firm in her demand for a $2.2 trillion relief package.

Pelosi has a strange idea about “compromise.”

Meadows and Pelosi spoke by phone for 25 minutes on Thursday without a breakthrough, and afterward the Democrat said the conversation showed that the White House “continues to disregard the needs of the American people.”

Pelosi told reporters that Democrats could not go lower than $2.2 trillion, saying the figure would allow both sides to “meet in the middle.”

Pelosi has political obligations and plans for that cash. Most notably, to bail out Illinois, New York, and California Democratic governors whose profligacy has made a hash out of their state budgets. Trump and the GOP, naturally, don’t think Pelosi and the Democrats should take advantage of the pandemic emergency to pad the budgets of Democratic governors. It would be rewarding irresponsible spending. That’s what makes it a red line in relief negotiations.

Trump has said he’s willing to look at a state and local government bailout as a separate issue but wants the relief bill to concentrate on unemployment benefits, stimulus checks to individuals, and more money to address the pandemic directly — testing, money for hospitals, cash to buy PPE, etc.

But Pelosi isn’t budging because she believes Democrats will take the House, the Senate, and the White House in November.

Meadows on Friday said it is “incumbent on us to act,” placing the blame on Pelosi for holding up negotiations by not agreeing to a smaller relief package that would cover areas where they have an agreement.

“We not only need to help with enhanced unemployment but small businesses, aid to schools, making sure that daycare provisions are augmented in this unprecedented time,” he said.

Pelosi is willing to wait, thinking that the entire $3 trillion Democratic bill will pass easily in the House and Senate. There are numerous extras in that bill for teachers, organized labor, minorities — every major Democratic constituency. Of course, most of it has little to do with coronavirus relief. But it’s gravy for loyal supporters of the Democrats.

The $3 trillion bill will only be the beginning. There will be the green new deal, college loan forgiveness, and, of course, tax increases for all. By the time Democrats get through with America, you won’t even recognize her.

Apple, Amazon deplatform Parler for not moderating content: ‘Incites violence against others’
Parler CEO tells Tucker they are fighting for survival after mass Big Tech ban
The Supreme Court Can, Should, and Will Stay Out of Impeachment
McConnell Reportedly Pleased about Impeachment, Wants to Purge Trump from GOP
CNN Bashes Facebook for Enabling Far Right, Argues Parler Can’t Be Fixed