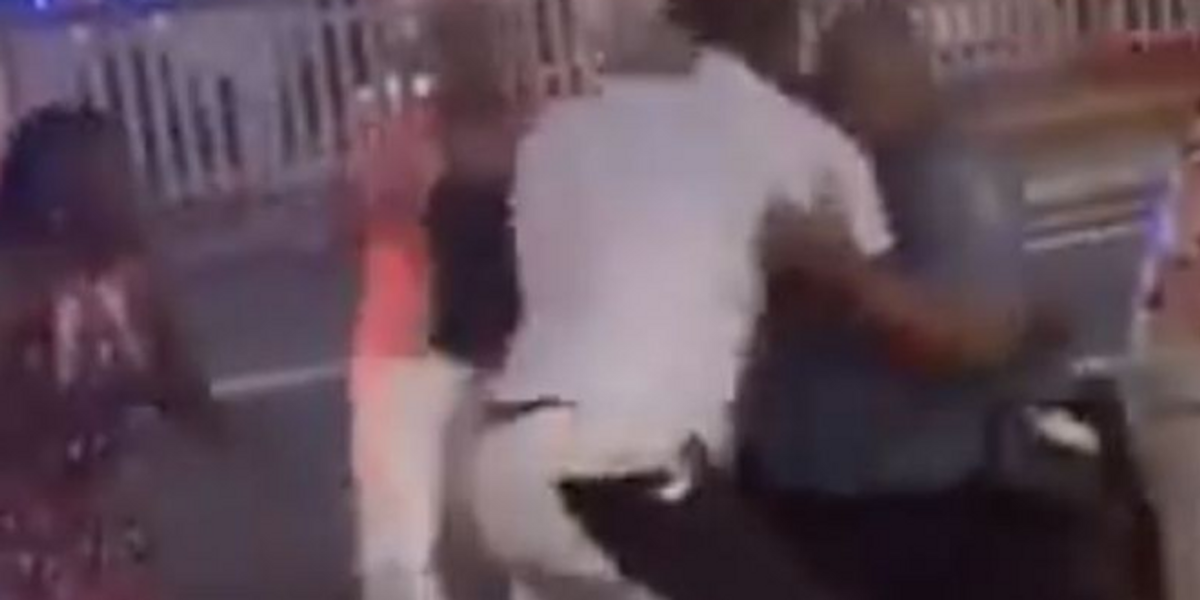 A driver attacked two NYPD traffic safety agents after they asked him to move his car away from a fire hydrant in the Bronx, according to the NYPD.

Around 8 p.m. on Wednesday, two traffic cops approached the motorist and asked the man to move his 2008 silver Nissan Altima away from a fire hydrant in Fordham Heights because it was illegally parked. The man allegedly became enraged and started punching the two officers. The man knocked both officers to the ground with his vicious punches, and then drove away.

One officer suffered a bruised face and a sprained ankle, and the other agent also had bruising on his face. They were taken to a nearby hospital to have their injuries treated.

Adams Mandiata, one of the cops involved in the brawl, recounted the brawl. “I was backing up, backing up. He just punched my left eye so hard,” Mandiata told the New York Post. “I feel down. I couldn’t see anything.”

“This happens to traffic agents on the regular,” the other officer, Edwyn Stuart, who is an 11-year veteran, said. “Our job is a dangerous job.”

Both agents said that New York’s bail reform law that went into effect this year has emboldened criminals.

Anyone with information regarding the attack is asked to contact NYPD Crime Stoppers at (800) 577-TIPS.

On Friday afternoon, two more traffic agents were assaulted. The traffic cops were attempting to issue a summons when a driver began fighting with them. One of the agents was punched in the face and the other sustained a hand injury, according to WPIX-TV.

Violent crime has increased over the summer in the Big Apple. There has been a 200% increase in New York City shootings between June 15 and July 2 of this year, compared to the same time in 2019.

In July, Rep. Alexandria Ocasio-Cortez (D-N.Y.) hypothesized that the “uptick in crime” in New York City is because of “record unemployment in the United States.”

AOC also theorized that New Yorkers are desperate for bread.

“Maybe this has to do with the fact that people aren’t paying their rent and are scared to pay their rent,” Ocasio-Cortez said. “And so they go out and they need to feed their child and they don’t have money so you… maybe have to… they’re put in a position… they feel like they either need to shoplift some bread or go hungry that night.”

Airbnb set to ban violent protesters from inauguration bookings, asks hosts to turn in suspect renters
Feds admit Capitol “siege” was planned in advance by Trump haters, not Trump supporters
House Convenes to Debate Impeaching Trump for Second Time over ‘Incitement of Insurrection’
CBP commissioner to migrant caravan: “Do not waste your time and money”, it will be stopped
Networks Teaming Up to Air Biden Inauguration Infomercial