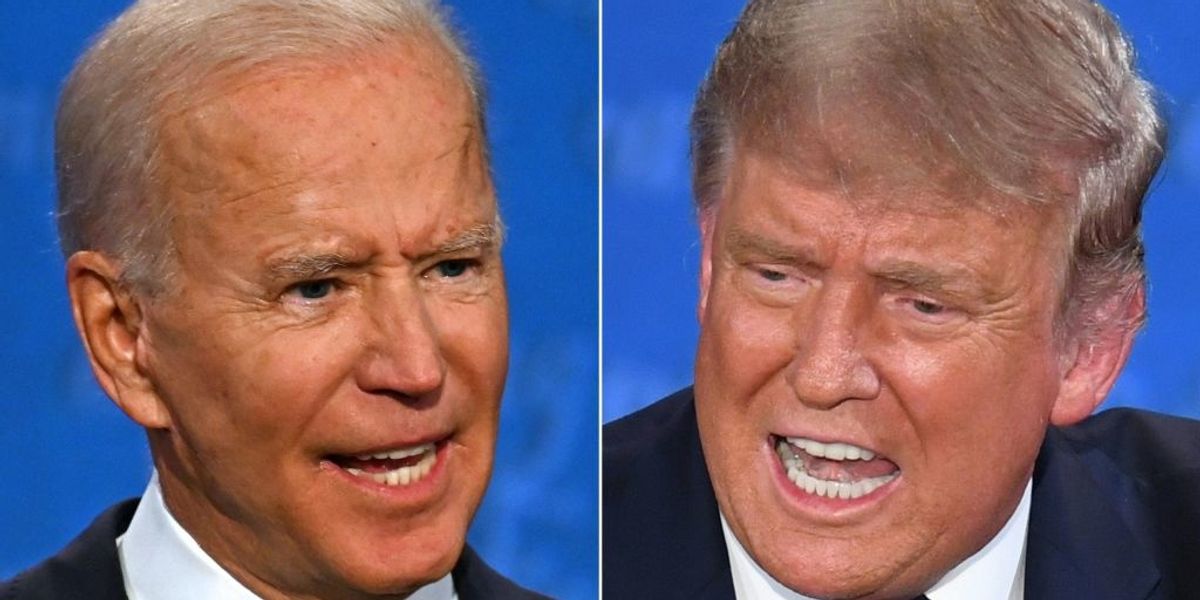 The first presidential debate of 2020 is in the books, and suffice it to say, it was every bit as entertaining — and feisty — as advertised.

For more than 90 minutes on Tuesday night, President Donald Trump and former Vice President Joe Biden fielded questions, but mostly bickered incessantly, in front of a socially distanced crowd in Cleveland, while presumably millions watched on TV and online.

More than any single exchange or issue discussed, the candidates’ general ire toward each other and consistent insult-slinging will likely be regarded as the biggest takeaway from the debate.

The candidates rarely made it two minutes without sidetracking the discussion by interrupting each other with derogatory remarks and personal affronts.

At one point early on, Biden actually jabbed at Trump, saying, “Will you shut up, man?” and at another point referred to Trump as a “clown.”

Trump mocked Biden for wrongly claiming he started his academic career at Delaware State University — the school has since said he never attended — and accused Biden of forgetting.

“Don’t ever use the word smart with me … because you know what, there’s nothing smart about you, Joe,” Trump said.

[embedded content]
Biden Tells Trump to “Shut Up” But Isn’t Ready for Trump to BRING THE FIRE!

When it came to discussing actual issues, the candidates worked hard to differentiate themselves from each other. Here were some of the key exchanges from the night.

On recent controversies: Moderator Chris Wallace made sure to bring up several hot-button issues that arose in recent days and weeks, including the New York Times’ publication of Trump’s alleged tax records and Biden’s refusal to indicate whether he would pack the Supreme Court or not if he were elected president.

Trump denied the NYT report, asserting that he has paid millions in income taxes. Biden continued to deflect answering whether he would pack the court.

On the coronavirus: Biden perceived this area as a weak spot for the president and sought to drive home the notion that Trump was solely responsible for the more than 200,000 Americans who have reportedly died as a result of the virus.

“You should get out of the bunker and out of the sand trap … and fund what needs to be done to save lives,” Biden told Trump.

Trump defended his actions and hit back at his challenger by suggesting Biden would have kept the country open and vulnerable to the virus for months longer than he did. He also warned that under Biden’s leadership, the country would undergo a protracted nationwide shutdown.

On law and order: Trump repeatedly taunted Biden by saying he wouldn’t declare support for law and order and accusing him of being beholden to the radical left: “They’ve got you wrapped around their finger, Joe.”

“We believe in law and order; you don’t,” Trump said.

On race: Biden labeled Trump as “a racist,” while Trump lambasted the senator for the 1994 crime bill he helped pass. Trump said Biden has treated black people “about as bad as anybody in this country.”

Unsurprisingly, the topic of Russian collusion and global conflicts of interest played center stage at the debate.

Trump repeatedly instigated Biden with the allegation that his son, Hunter Biden, received a $3.5 million wire transfer from the wife of the former mayor of Moscow.

In the end, there appeared to be no immediately clear winner, though polling may eventually show differently.

However, those who simply wanted an entertaining bare-knuckled brawl certainly got their wish.

What about Liz Cheney?
Caitlyn Jenner on Immigration: ‘I Am All for the Wall’
Adam Silver Can’t Explain Away the NBA’s Cozy Relationship with China
The Big Jobs Miss
National Park officials call for volunteers to shoot bison in the Grand Canyon — 45,000 apply for a dozen spots