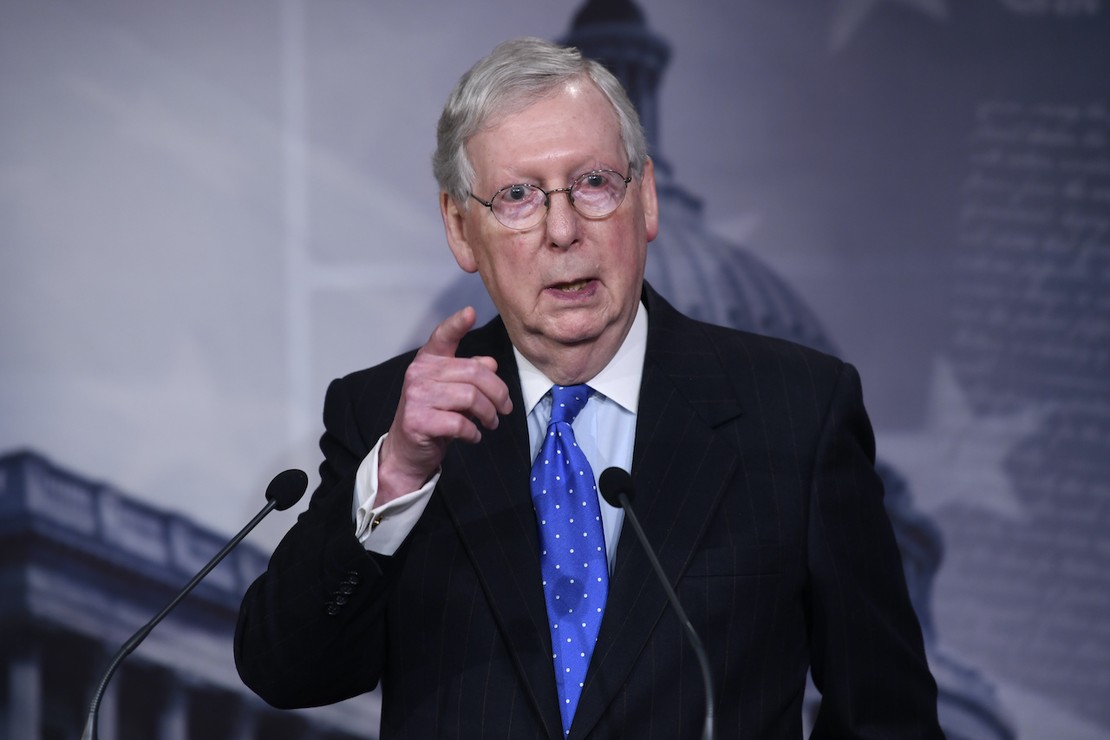 The latest negotiations between Treasury Secretary Steven Mnuchin and House Speaker Nancy Pelosi finally appear to be making genuine progress. The White House has apparently backed down from its position that there would be no money for expanded coronavirus testing in the bill and the two leaders report some “encouraging news” on that front.

But Pelosi has given a deadline of 48 hours for the White House to accept a pandemic relief bill or reject it. That may doom any attempt to have stimulus checks in the hands of voters before election day.

“While there was some encouraging news on testing, there remains work to do to ensure there is a comprehensive testing plan that includes contact tracing and additional measures to address the virus’ disproportionate impact on communities of color,” he wrote.

Hammill added that after the discussion, there are also still “an array of additional differences as we go provision by provision that must be addressed in a comprehensive manner in the next 48 hours.”

“Decisions must be made by the White House in order to demonstrate that the Administration is serious about reaching a bipartisan agreement that provides for Americans with the greatest needs during the pandemic,” he added in follow-up tweets.

That deadline does not bode well for further progress. And Senate Majority Leader Mitch McConnell is opposed to any spending above a trillion dollars, saying that most Republican senators feel the same way.

McConnell, speaking in Kentucky this week, expressed doubt that a package between $1.8 trillion and $2.2 trillion package could be achieved, adding that it would need support from Senate Republicans even if Pelosi was able to reach a deal with the Trump administration.

“I don’t think so. That’s where the administration is willing to go. My members think half a trillion dollars, highly targeted, is the best way to go,” McConnell said.

However, McConnell added that the Senate would “consider” a deal reached between the White House and Democrats.

In fact, McConnell will work diligently to get a package passed if Trump signs off on it. There is no way he’s going to chop the president off at the knees just days before the election by refusing to consider whatever package Trump comes up with.

For her part, Pelosi is still playing hardball, feeling that her party doesn’t need another bill when she can blame Trump and the Republicans if it fails.

“Where we have agreement, we don’t have agreement in the language yet, but I’m hopeful,” the speaker said, but noted her disagreement with the administration’s removal of some language regarding virus “testing and tracing.”

.@GStephanopoulos: “Bottom line … are Americans going to get [COVID-19 stimulus] relief before the election?”

Speaker Nancy Pelosi: “Well, that depends on the [Trump] administration. The heart of the matter is to stop the spread of the virus.” https://t.co/P6iz1jjwYE pic.twitter.com/to7u2lCELi

Would Pelosi meet with Trump to get something done?

“This is not a casual conversation,” Pelosi said. “This is about a meeting of the head of the first branch of government, the legislative branch, and the president. If there is a purpose, if it — if there is a stipulation of trying to get something done, then perhaps we take this to that place when we can’t solve other problems.”

There just isn’t enough time. Agreeing “in principle” may happen but hammering out the language in a nearly 2 trillion dollar bill takes time. And with a little more than two weeks to go and members in full campaign mode, getting them back to Washington to pass something isn’t going to happen.

If it doesn’t happen before the election, some form of stimulus might pass in the lame-duck session of Congress. But if the Democrats take the Senate and House, Republicans won’t do them any favors by passing something before the end of the year.

Judge Finds the Fatal Flaw in Trump Campaign’s Pennsylvania Case
Days before Christmas, Jupiter and Saturn will look like one bright star — some believe the alignment is the same described in the Bible
Feinstein to Step Down as Ranking Judiciary Dem after Progressive Disappointment with Barrett Hearings
Josh Brolin opens up about ‘Only the Brave’
Trump: General Michael Flynn ‘has been granted a Full Pardon.’