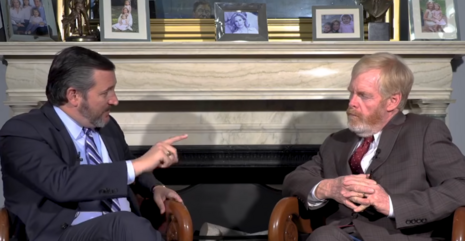 Cruz stated, “The problem with big tech censorship and political bias has been a problem that has been steadily increasing for several years now. Last week, it took a major escalation. Big Tech crossed a Rubicon that they had not previously even dreamed of crossing.” This statement was a reference to the major censorship by Facebook and Twitter of two New York Post stories that detailed some of the allegedly corrupt dealings involving Hunter Biden and the Ukrainian company Burisma.

“In any ordinary political era,” said Cruz, “either one of these stories alone would immediately demand follow up questions.” But instead, both the media and the Biden campaign have ignored the allegations. Meanwhile, “Big Tech made the extraordinary decision to censor the American media.”  Both Twitter and Facebook blocked and suppressed links to the Post’s story, and Twitter suspended the Post’s Twitter account.

“Big Tech has taken the astonishing view that it has unlimited power to censor the media, to prevent the American people from learning about these stories and to punish anyone who dares discuss facts that are inconvenient to the political narrative Big Tech favors,” Cruz continued. “In any world, handing control of our democracy, handing control of free speech to a handful of Silicon Valley billionaires, modern day oligarchs with unlimited power and a brazen willingness to use that power would pose profound dangers.”

Cruz also noted that this kind of censorship posed the “single greatest threat to free speech” in America. Bozell followed by pointing out that the censorship of the Hunter Biden story was “particularly egregious” because Facebook went around its own policy and fact-checked a piece on its own. He said that even the liberal Soros-funded Poynter Institute “blasted Facebook” for not relying on its own independent third-party fact-checkers.

“Trump is always guilty until proven innocent,” said Bozell. “When it comes to Biden, even when you have evidence, he’s automatically innocent and anything that might be harmful to him gets suppressed.”

Conservatives are under attack. Contact Facebook headquarters at 1-650-308-7300 and Twitter: (415) 222-9670 and demand that Big Tech be held to account to mirror the First Amendment while providing transparency, clarity on “hate speech” and equal footing for conservatives. If you have been censored, contact us at the Media Research Center contact form, and help us hold Big Tech accountable.