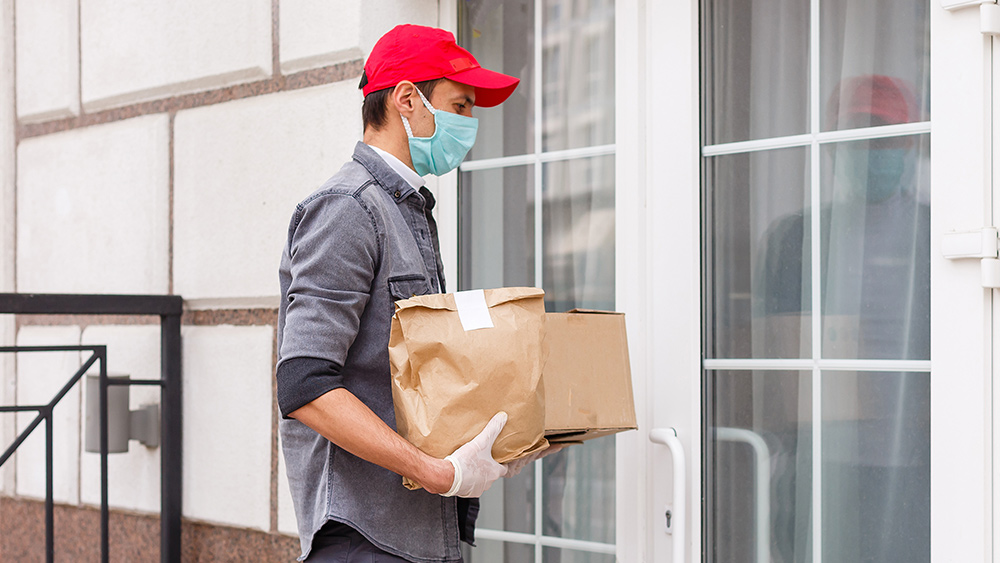 (Natural News)
In these tumultuous times, criminal behavior is up, murders are up, rioting and looting is roiling in many cities — but one town in New York is super concerned, instead, about residents who dare to flout COVID-19 restrictions.

Call them the “mask police,” if you will.

According to Hudson Valley News, “members of a new task force will begin patrolling Rockland’s red zone areas” — a reference to regions that are experiencing increases in coronavirus positives (not necessarily more hospitalizations and deaths, just an increase in positives using tests that aren’t all that accurate to begin with).

Ramapo town employees are joining forces with the state to crack down on non-compliance of COVID-19 safety guidelines in Rockland County, especially in the designated red zone areas.

Six employees have gone through training to become part of a COVID-19 enforcement task force and have the ability to hand out fines of up to $15,000.

Town officials said that task force members are from code and parking enforcement divisions, and at least one person will be able to speak Yiddish.

In May, as COVID casualties were mounting in New York, The Associated Press reported that, at the time, more than 4,300 recovering coronavirus patients had been sent to “vulnerable nursing homes under a controversial state directive that was ultimately scrapped amid criticisms it was accelerating the nation’s deadliest outbreaks.”

The point experts made was that vulnerable populations need to be protected — not the general population. And yet, even now, months after Americans were told we’d only need a month or so to ‘bend the curve’ of the virus, we’re still enduring lockdowns and restrictions.

Hudson Valley News reported that in New York’s red zones, under Cuomo’s orders, that means closing schools (again — though ‘the science’ tells us that kids are not super spreaders), the closing of small businesses deemed ‘non-essential’ by bureaucrats and functionaries who don’t own them and are getting paid via tax dollars, and limiting religious gatherings to no more than 10 people (remember when we still had ‘freedom of religion’ in America?). (Related: BOMBSHELL: Covid-19 isn’t a pandemic plan, it’s an EXTERMINATION plan for humanity.)

Ramapo officials say the hope is with more eyes watching, people will comply with the rules. “They’ll be going out in teams of twos and threes to visit sites to monitor for compliance and to do enforcement if there is a lack of compliance,” says Town of Ramapo Supervisor Michael Specht.

Another five part-time town workers will be made available next week, Specht said, if the state needs them. Village workers were out with the governor’s task force. “We have visited several locations to ensure compliance with the executive order of the governor,” he said.

So, as many wise policy analysts asked when all of this COVID restriction and lockdown business began in late February and early March — what’s the end game, here?

When do we get rid of them altogether? When are we going to ‘allow’ businesses to reopen, Americans to gather freely and without fear of arrest (unlike at a ‘peaceful protest’ or a riot where masks and social distancing mandates are less of an issue to left-wing Democrats)?

Only a few infections per thousand? No COVID cases at all? No deaths?

Frankly, this is a question that should have been asked and answered at the beginning.