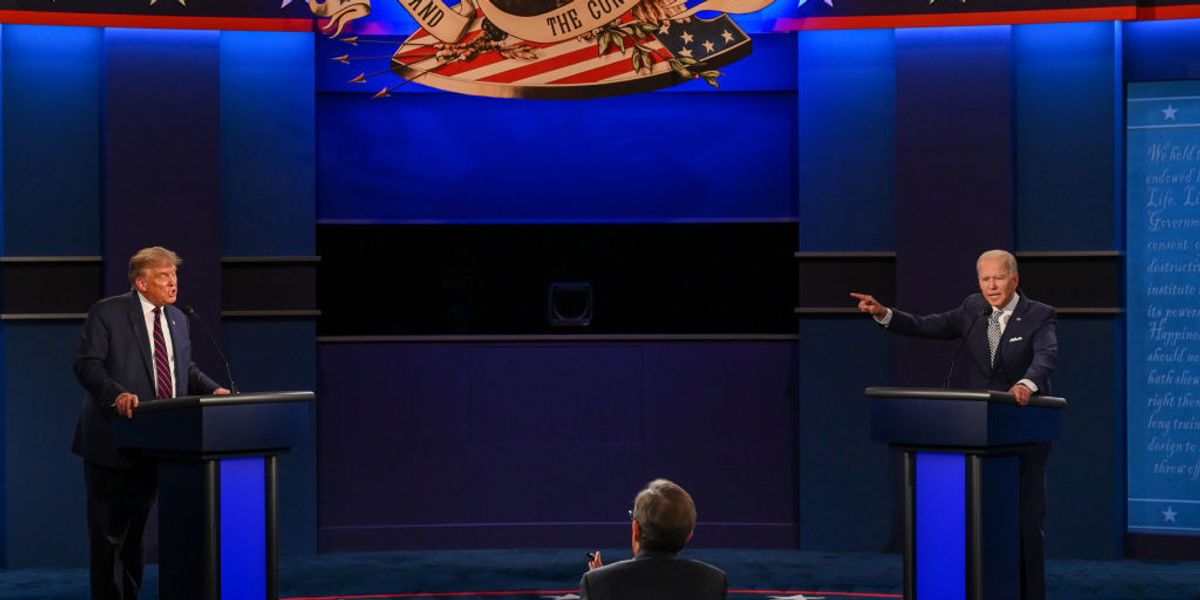 President Trump has allegedly invited Bobulinski, the former business associate of Joe Biden’s son, Hunter. Bobulinski became a potential factor in the 2020 presidential election this week when he came forward to confirm that the New York Post’s report on Hunter Biden’s overseas dealings with a Chinese energy company is “genuine.”

Bobulinski became a possible thorn in the side of Joe Biden after he claimed that the “big guy” named in an email about a business venture with Shanghai-based CEFC China Energy Co was, in fact, the Democratic presidential nominee.

“Hunter Biden called his dad ‘the Big Guy’ or ‘my Chairman,’ and frequently referenced asking him for his sign-off or advice on various potential deals that we were discussing,” said Bobulinski. “I’ve seen Vice President Biden saying he never talked to Hunter about his business. I’ve seen firsthand that that’s not true, because it wasn’t just Hunter’s business, they said they were putting the Biden family name and its legacy on the line.”

Joe Biden has repeatedly said that he has “never spoken to my son about his overseas business dealings.”

Bobulinski, who is a former wrestler at Penn State University, said he’s “not a political person.” “What few campaign contributions I have made in my life were to Democrats,” he told the New York Post.

“I don’t have a political axe to grind; I just saw behind the Biden curtain and I grew concerned about what I saw,” Bobulinski said. “The Biden family aggressively leveraged the Biden family name to make millions of dollars from foreign entities even though some were from communist controlled China.”

“I myself served our country for 4 years and left the Navy as LT Bobulinski,” he said. “I held a high level security clearance and was an instructor and then CTO for Naval Nuclear Power Training Command.”

Following his stint in the military, Bobulinski became an institutional investor who invested “extensively around the world and on every continent.”

He is the CEO of Sinohawk Holdings, which he said “was a partnership between the Chinese operating through CEFC/Chairman Ye and the Biden family.”

Sen. Chuck Grassley (R-Iowa), chairman of the Senate Finance Committee, and Johnson are said to be interviewing Bobulinksi on Friday, according to Fox News.

“As part of the committees’ efforts to validate the authenticity of recently publicly released emails involving the Biden family’s international financial entanglements, we sent letters to five individuals identified in the emails. Those letters were sent yesterday, and the deadline is October 23, 2020,” Johnson and Grassley said in a statement. “So far, the committees have received a response only from Mr. Tony Bobulinski, who appears to be willing to fully cooperate with our investigation.”

Trump weaponized special guests at the 2016 presidential debate to try to rattle Hillary Clinton. His special guests in 2016 were women who accused Bill Clinton of sexual assault: Kathleen Willey, Juanita Broaddrick, and Paula Jones. Trump held a pre-debate press conference with the three women as well as Kathy Shelton, whose rapist was defended by Hillary Clinton in 1975 when she was a lawyer. The women were in the audience during the presidential debate.

At the first presidential debate this year, Trump’s guests were Alice Johnson, a criminal reform advocate who was serving a life sentence in prison before Trump commuted her sentence in 2018; and Ann Dorn, the widow of former St. Louis police captain David Dorn, who was fatally shot in June while protecting his friend’s pawn shop during riots.

The final presidential debate will take place at Belmont University in Nashville, Tennessee, will run from 9 p.m. until 10:30 p.m. ET on Thursday.