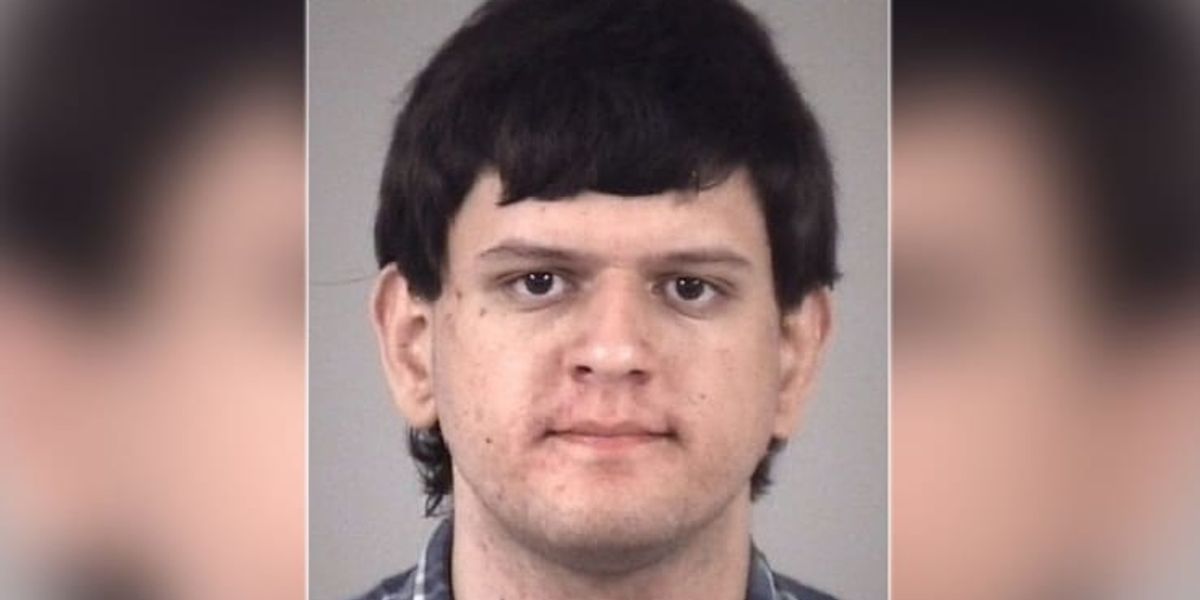 A 19-year-old man with a van full of guns and explosives was arrested in North Carolina after he made threats online and contemplated assassinating Joe Biden, according to court documents obtained by The Daily Beast.

Around 11 a.m. on May 28, the Kannapolis Police Department was asked to tow an abandoned van from the parking lot of the Third Bank in Kannapolis, North Carolina. Through the window, officers spotted an AR-15 style rifle, a box for a .380-caliber handgun, a canister “of the explosive material Tannerite,” and a box of 5.56-caliber ammunition, according to a police report.

The van, which reportedly belonged to Alexander Hillel Treisman, was towed away, and was later searched. Inside the vehicle police found about “$509,000 in U.S. currency (believed to be [Treisman’s] inheritance), books (about survival, bomb making, improvised weapons and Islam), drawings of swastikas and planes crashing into buildings,” and a Sig Sauer AR Rifle, a 9 mm Luger, a Kel-Tec Sub-2000, a .22-caliber rifle, and a Russian Mosin Nagant M91/30 bolt-action rifle, according to the search warrant application.

Later that day, Treisman arrived at the bank in a Honda Accord and asked about the towed van, according to court documents. Bank employees reportedly contacted police, and they took Treisman into custody.

Treisman was arrested for carrying a concealed weapon, according to officials say. Local police contacted the Federal Bureau of Investigation.

A day after his arrest, the suspect reportedly called his mother, Kimberly Treisman. During the phone call, which was recorded, the mother suggested that he should “jump bail,” according to a report from CNBC.

Local police and investigators from the Joint Terrorism Task Force reportedly asked Treisman about the disturbing materials found in his van. During the interview, Treisman “disclosed he has an interest in terrorist incidents and mass shootings,” according to federal officials.

“Treisman conveyed to the interviewing officers that he had an interest in terrorist incidents and mass shootings, and that he watched YouTube videos and read Wikipedia articles about such incidents,” the search warrant application states.

According to court documents, friends and family stopped speaking to him because of his “remarks and jokes” about mass shootings and the 9/11 terror attacks.

Law enforcement said they discovered an account on iFunny, a social media platform where users can post and comment on memes, alleged to belong to Treisman. The search-warrant application says Treisman posted a meme about killing Joe Biden.

On April 15, 2020, Treisman allegedly shared an image on iFunny with the caption, “Should I kill joe biden?”

In a conversation with another user on iFunny, Treisman reportedly said he “was going to do a columbine for a while.” The other user condemned him for wanting to “harm the innocent.”

Treisman responded, “My hatred is for the complacent American people who will turn u in for their own satisfaction. But aside from former goals, my eyes on the future. If anything I have to save bernie.”

Investigators concluded the “bernie” mentioned in the alleged threat was a reference to Sen. Bernie Sanders (I-Vt.), who dropped out of the presidential race on April 8, which paved the way for Joe Biden to get the Democratic presidential nomination.

On May 3, financial transactions and cellphone records show Treisman was within four miles of Biden’s home in Delaware.

Investigators determined Treisman’s activity “was consistent with a surveillance and attack plan connected to a possible threat against Joe Biden or other targeted act of violence,” according to a search warrant.

The teenager allegedly wrote a note on his phone that outlined a plot for a mass shooting at a mall food court either on Christmas or Black Friday. The search warrant application states that he made a checklist that ended in “execute.”

Treisman allegedly said he had not attempted to actually harm or murder anyone, telling authorities that his internet postings were “all online threats were part of a persona.”

Investigators claim that they found a trove of “sexually explicit videos and images of minors” on Treisman’s phone.

Treisman reportedly had no prior criminal history before his arrest. The federal magistrate judge justified Treisman’s detention without bail on child pornography charges because of the other evidence against him.

“No combination of available release conditions would reasonably assure the safety of the community, and that a preponderance of evidence establishes that no conditions would ensure Defendant’s presence in court,” the judge said.

Treisman was denied bail on Oct. 6 pending trial and is currently being held in Durham County, North Carolina.

A lawyer for Treisman and the Secret Service did not immediately respond to requests for comments.