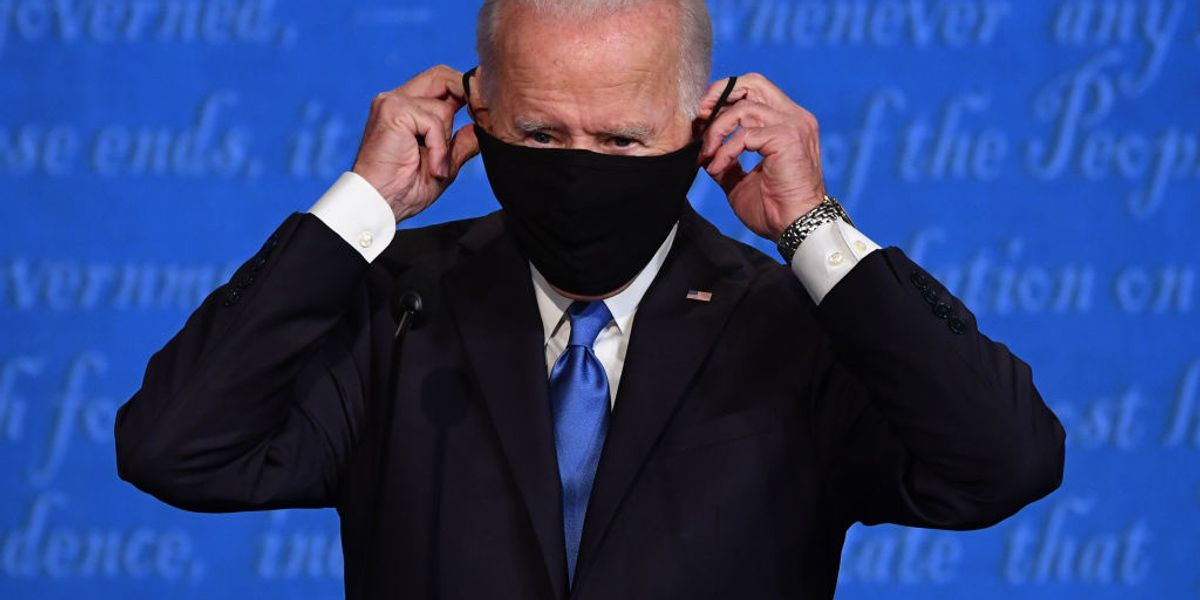 Democratic presidential candidate Joe Biden told a brazen lie about Obamacare Thursday evening during the final presidential debate in Nashville, Tennessee, claiming that no one lost their private health insurance plans under the Affordable Care Act.

Then he told a whopper.

Biden’s claim is demonstrably false. After the Affordable Care Act took effect in 2013, more than 5 million Americans received cancellation letters from their insurance companies, informing them that the health insurance plans they had did not meet the standards of Obamacare.

“So this fall, as cancellation letters were going out to approximately 4 million Americans, the public realized Obama’s breezy assurances were wrong,” Politifact wrote.

In fact, NBC News reported in 2013 that the Obama administration knew that millions of Americans would lose their health insurance under Obamacare. While the Affordable Care Act had a provision that allowed for some health insurance polices to be “grandfathered” in, meaning consumers could keep their plans even if they didn’t meet the essential benefits mandates required by Obamacare, the provision was written so narrowly that many of the plans didn’t qualify.

At the debate, Biden promised that his plan to expand Obamacare with a public option would also reduce insurance premiums. But the Obama administration made similar claims about Obamacare, and the truth was that Obamacare significantly increased health insurance premiums by as much as 24.4% beyond what they would have been if costs rose naturally, according to one study.

Many individuals who remember having their insurance plans cancelled spoke out on social media.

Joe Biden is lying. My family is one of millions that lost our health insurance because of Obamacare.

I LOST MY INSURANCE UNDER OBAMACARE!

SO DID DRUDGE, SO DID EVERY FREELANCER, SO DID
EVERY SOLE PRACTITIONER.

Here’s my personal Obamacare anecdote: before it, I had great private insurance that cost $110/month. The ACA cance… https://t.co/de9pg0ELxt

I lost my insurance under Obamacare, Joe! 🙋‍♀️ #PresidentialDebate2020

Ummm i lost my insurance under Obamacare. The plans got abolished. Trump needs to hammer that point.

My entire Twitter feed right now is people saying they lost their health insurance under Obamacare.

Democratic congressman says Trump and allies should be tried for ‘crimes against our nation;’ Gaetz hits back: ‘Disgusting’
Jeff Bezos is about to become your pharmacist as Amazon partners with Big Pharma to DRUG America for profit
Trump, GSA Announce Beginning of Transfer of Power to Biden Team
Mitt Romney issues scathing statement condemning President Trump’s voter fraud claims
Whoa: Nearly a Third of Democrats Believe the Election Was Stolen From Trump