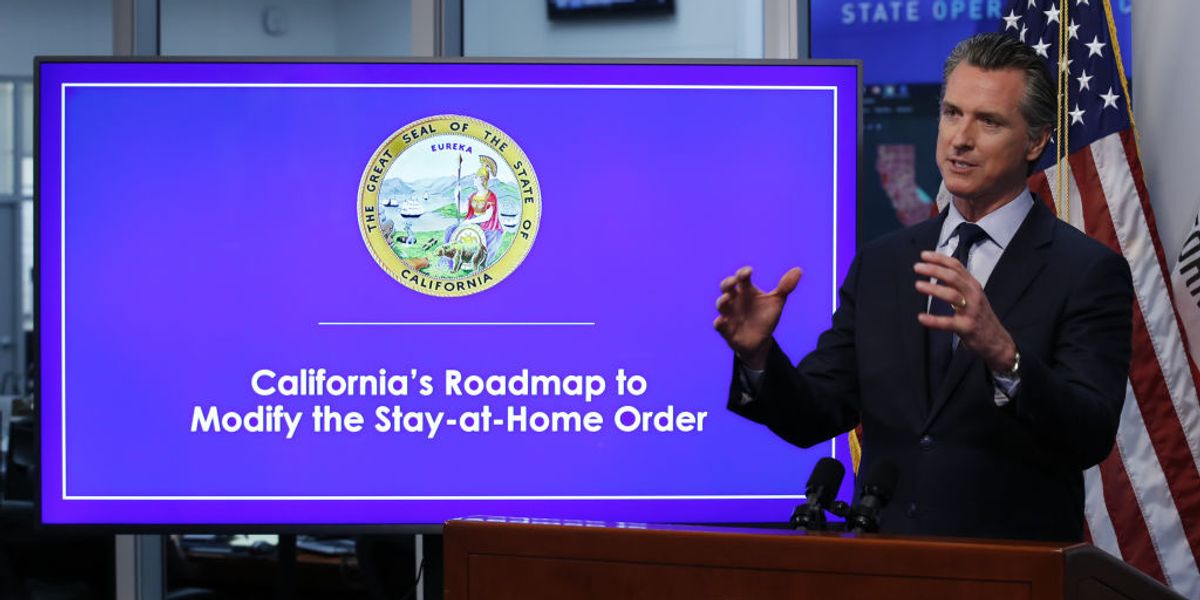 Local law enforcement officials in San Quentin, California, blamed an increase in violent crime in Fresno County on Democratic Gov. Gavin Newsom and his progressive bail policies, slamming the state for prioritizing a “political agenda” over the lives of California citizens.

Speaking at a press conference Wednesday, Fresno County District Attorney Lisa Smittcamp called on Newsom to stop releasing criminals from prison because of the coronavirus and end zero-dollar bail policies she says are leading to increases in violent crime.

“Stop using COVID-19 to promote your political agenda. The blood of the children being shot by out-of-control gang members in our city is on your hands, and on the hands of every person who does not make public safety a priority,” Smittcamp said.

The press conference took place on the same day that San Quentin Officials weighed a decision to appeal the state’s release of more than 1,100 inmates, KMJ reported. On Wednesday, a California appeals court ordered state corrections officials to parole or transfer the inmates serving time in San Quentin State Prison, citing officials’ “deliberate indifference” to the health and safety of the convicted criminals during the coronavirus pandemic. Earlier this year the prison experience an outbreak of the coronavirus, leading to 2,200 infections at its peak and the deaths of 28 inmates.

Labeling the outbreak “the worst epidemiological disaster in California correctional history,” the court ruling blasted the prison’s decision not to cut the inmate population by half, as recommended by experts, as “morally indefensible and constitutionally untenable.”

“The law enforcement agencies represented behind me are the ones fighting on the front lines to bring peace to our community. We are in some of the most violent times that we have ever seen. … In the midst of this, our last two governors vowed to close state prisons. Governor Newsom announced that he will close the state prison facility in Tracy, California, on September 30, 2021,” Smittcamp said.

“Why is this relevant to why we are here today? It is relevant because we are lacking bed space to house local criminals who are shooting up our cities and killing our children and each other,” she continued.

“[Governor Newsom’s] solution to COVID protection and prevention is letting them out of prison with no regard for their victims and the communities they will return to terrorize,” Smittcamp declared. “So I just said it: Governor: open up the prisons. Do your job. Manage.”

Local officials in Fresno County say that since zero-dollar bail and early release policies went into effect in April, gang activity and violent crime have surged.

Zero-dollar bail was a policy put in place by the California Judicial Council to reduce the bail requirements for most misdemeanor and lower-level felonies to $0. Most violent crimes are exempted from the policy, meaning bail remains for charges of sexual assault, gun crimes, domestic violence, or people under court-ordered restraining orders. The policy was intended to reduce the strain on the court system during the pandemic and lower the spread of coronavirus in jails.

But police say that shootings are up 126% and murders rose 55% since the policy was implemented. According to police, 80% of the homicides are gang-related, KGPE reports.

“This is a crime wave that’s happening in our city,” Fresno City Council member Mike Karbassi said on Oct. 7.

Smittcamp explained that in response to the surge of crime, more exemptions are being added to the zero-dollar bail policy.

Still, the reality of violent crime is affecting the very communities progressives say are most important.

Fresno County Sheriff Margaret Mims also spoke at the press conference, adding, “Pointing the finger at the state is the absolute right thing to do because nearly 20% of our jail population is comprised of state inmates that are sentenced that are ready to go on to state prison. However, the reception centers are closed. They’re actually timing out in local custody and being released and never moving on to state prison because they’ve been there so long.”