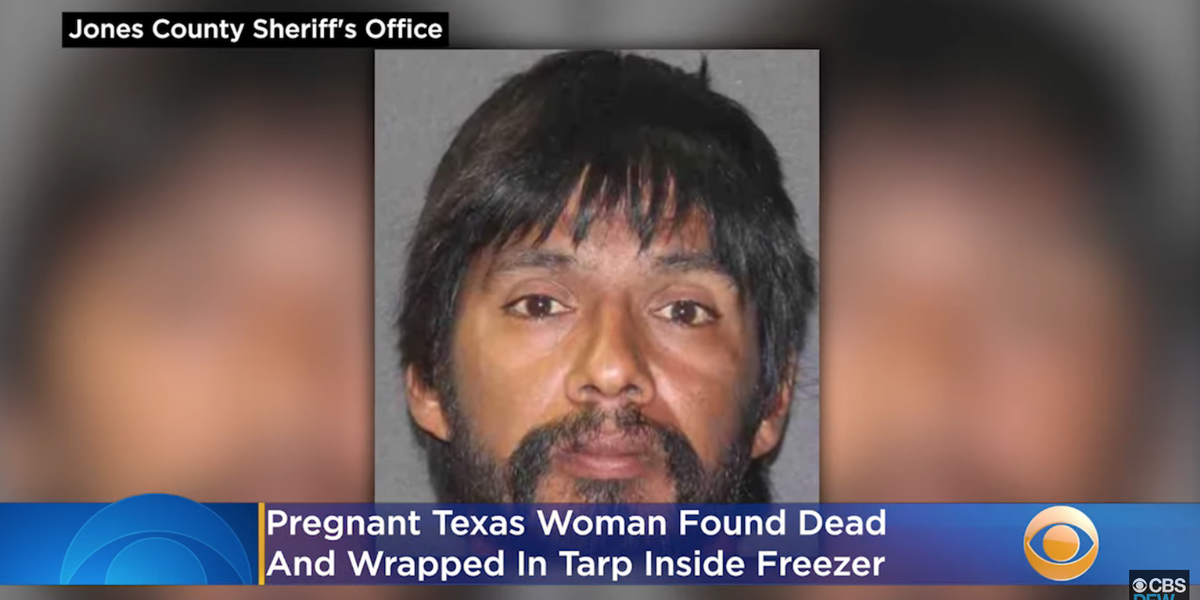 A Texas man has been arrested after police said he killed his pregnant girlfriend and hid her in a freezer before trying to skip town.

Police had issued a warrant for Martinez’s arrest Monday upon discovering 23-year-old Selena Bradley’s body wrapped in a blue tarp in a freezer at Martinez’s home in San Angelo. Bradley was pregnant with her third child.

Bradley’s cause of death is pending an autopsy, but according to investigators, she had “marks on her neck and the left side of her face consistent with being struck and assaulted.”

Before his arrest, Martinez reportedly confided to a friend that “he had done something terrible and he would go to prison for life” and confirmed with the friend that Bradley’s body was in a freezer.

He also reportedly posted on Facebook using Bradley’s phone over the weekend.

A screenshot shows a post on Bradley’s account, saying, “Listen im fine [sic]. im ok im just want to be left tf alone [sic]. when im ready to com back I will. I have to get me and my happiness together. Im good where I’m at.”

Martinez was indicted in March of last year for child sex crimes, the local news outlet noted. Among the charges were sex abuse of a child under 14, sexual assault of a child, and indecency with a child.

He was arrested in February and was supposed to stand trial in September, but it was not immediately clear if he in fact did appear before a court.

KSAT-TV reported that Martinez has been booked for murder, assault, and tampering with a corpse, and is in police custody. His bond has been set for more than $1 million.

MSNBC Trashes Giuliani, Credits David Dinkins with Cutting Crime
Gingrich Says This Election ‘Biggest Theft Since 1824’ – But It’s Even Worse Than That
Biden’s Foreign Policy Should Build on Trump’s
Here is how this year’s visit with Santa Claus will be different
Poll: Plurality of Georgia Voters Wants GOP to Control the Senate