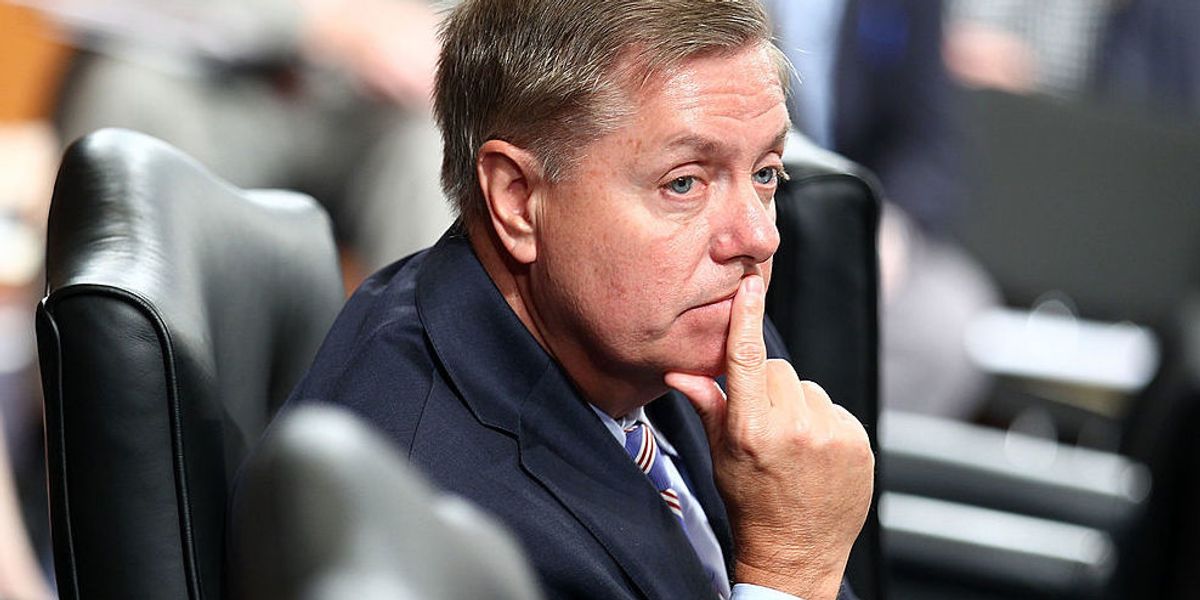 Fox Business host Lou Dobbs pummeled Sen. Lindsey Graham (R-S.C.) on Friday, saying live on-air that he does not know why “anyone” would vote for Graham.

The comments from the pro-Trump commentator came as Graham fights for his Senate career in a tight election battle with Democrat Jaime Harrison. Recent polling indicates Graham is ahead of Harrison, albeit by just a handful of points.

What did Dobbs say?

The Fox Business host pummeled Graham, the chairman of the Senate Judiciary Committee, and encouraged South Carolinians to vote Graham out of office.

“I don’t know why anyone in the great state of South Carolina would ever vote for Lindsey Graham. It’s just outrageous,” Dobbs said. “This is the guy who keeps saying, ‘Stay tuned.’ He said he would get to the bottom of Obamagate with the Judiciary Committee, which has been a year and a half, actually longer, of absolute inert response to these pressing issues of our day.”

Dobbs then invoked sharp criticism President Donald Trump made of Graham in 2016, when he called the South Carolina senator a “disgrace,” “nut job,” and said Graham is “one of the dumbest human beings I’ve ever seen.”

Of those comments, Dobbs said, “I believe that the president’s words about the senator then apply today.”

“Graham has betrayed President Trump at almost every turn,” Dobbs said. “He has betrayed the American people and his oath of office. He’s done absolutely nothing to investigate Obamagate except to tell everyone, ‘Stay tuned,’ time and time again. Stay tuned. Senator Graham needs to be tuned out in South Carolina.”

While Dobbs may be no fan of Graham’s, a Harrison win in South Carolina would greatly endanger the Republican Party’s majority in the Senate, especially since other Republican incumbents are currently battling in close elections, such as Sen. Susan Collins (R-Maine).