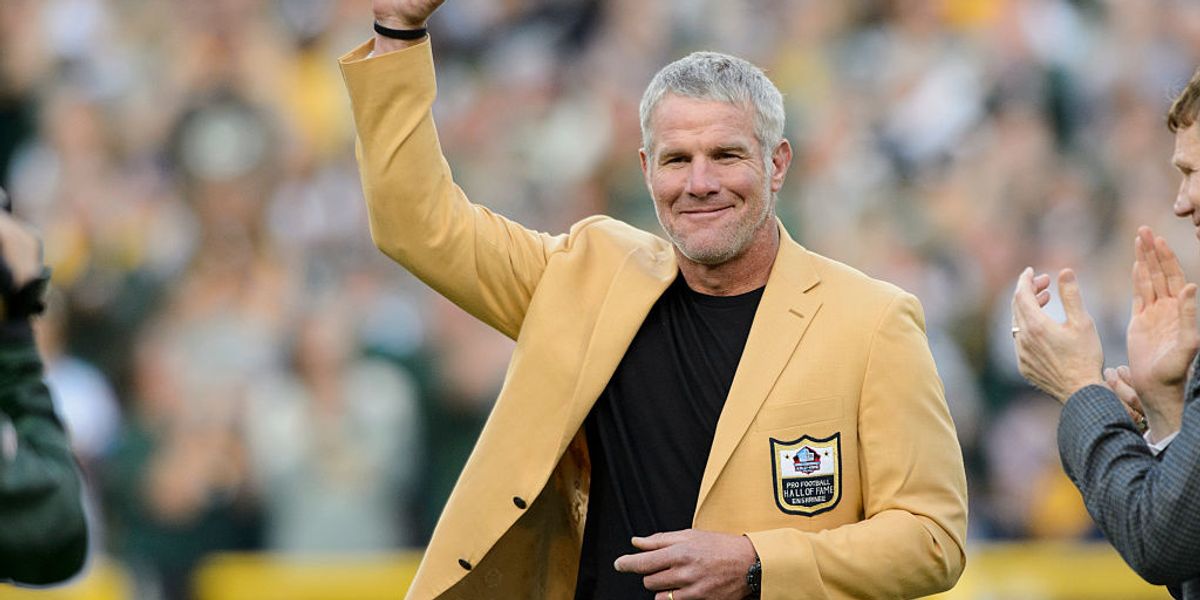 President Donald Trump participated in a presidential election town hall event for Sinclair Broadcasting this week. During Wednesday’s Q&A event that was hosted by political commentator Eric Bolling, Trump was greeted by his friend and golfing buddy Brett Favre.

The former Green Bay Packers star quarterback said it would be for the best to keep politics out of professional sports.

“The NBA and the NFL are struggling with lower ratings, as fans clearly do not want political messaging mixed with their sports,” Favre said during the town hall, then asked, “So how should the leagues support and promote an anti-racism position without becoming political and alienating fans?”

Trump agreed with the Hall of Fame NFL QB.

“People don’t want to see all of the politics,” Trump replied. “They’ve got enough politics, with me and with everybody else. And they don’t want to see it with football or sports, on Sunday or whenever they happen to be watching.”

Trump noted that the NBA’s ratings are “down 70%, more than that.”

In September, Trump commented on the poor TV ratings that the NBA was experiencing.

“People are tired of watching the highly political @NBA,” Trump tweeted. “Basketball ratings are WAY down, and they won’t be coming back. I hope football and baseball are watching and learning because the same thing will be happening to them. Stand tall for our Country and our Flag!!!”

The NBA went hard in the paint with social justice messaging once the basketball league returned to after the suspended season because of the COVID-19 pandemic. During its bubble format regular season and playoffs at Disney World, “Black Lives Matter” was painted on the court, and players wore approved messages on their jerseys, such as “Power to the people,” “I Can’t Breathe,” and “Anti-Racist.”

The NBA Finals averaged only 7.45 million viewers during the six-game series this year, easily making it the least-watched Finals on record.

Following the poorly-rated NBA Finals, NBA Commissioner Adam Silver said that “Black Lives Matter” messages will likely not be displayed on the court or on players’ jerseys next season.

NFL ratings were down 10% through the first four weeks of this season.

Game 1 of the Rays-Dodgers World Series had the worst TV ratings of all-time.