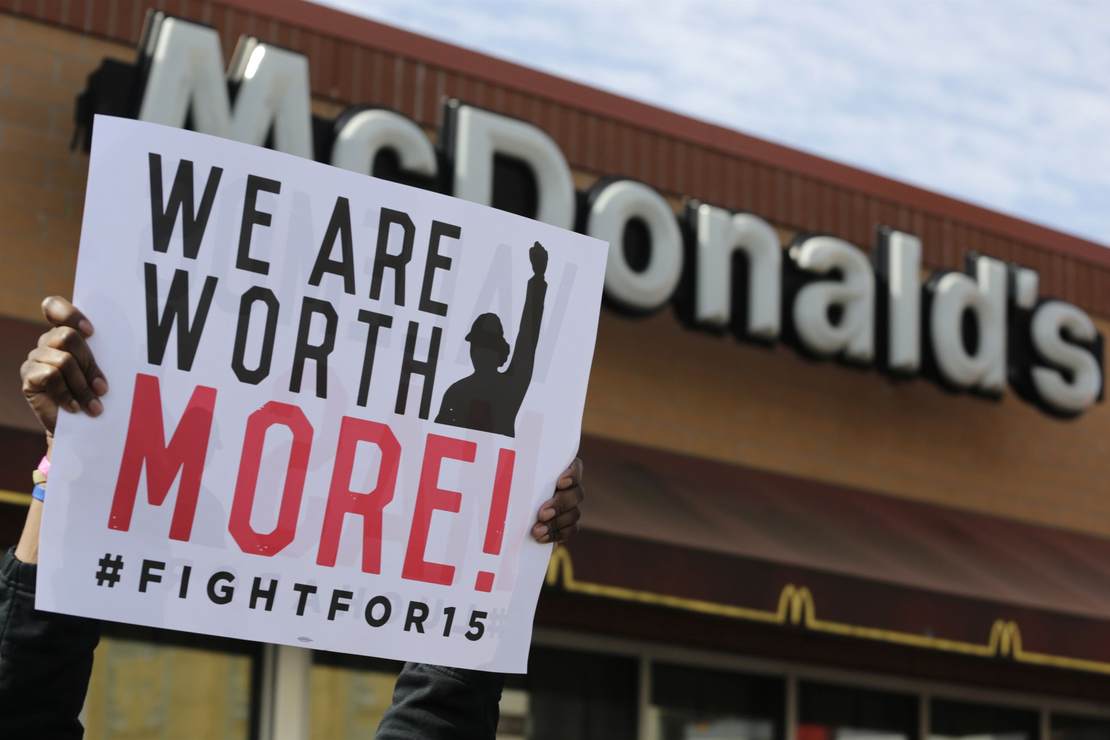 During the last presidential debate, moderator Kristen Welker asked Joe Biden and President Trump about raising the minimum wage to $15. This is a pure giveaway to unions in the service industry. As their employees are replaced with technology, it is a way for them to maintain their dues, which they then donate to Democrats. It is a cute little parasitic relationship.

Biden answered first and gave the strangest answer ever to justify supporting the minimum wage hike:

Welker: “We are hearing a lot about struggling small businesses and business owners these days. Do you think this is the right time to ask them to raise the minimum wage? You of course support a $15 minimum wage.

Biden: I do. Because I think one of the things we’re going to have to do is we’re going to have to bail them out too. We should be bailing them out now. Those small businesses. You’ve got one in six of them going under. They are not going to be able to make it back. They passed a package that allows us to be able to give PPP. The money is supposed to go to help them do everything from organize how they can deal with their businesses being open safely, schools how they can make classrooms smaller, how they can hire more teachers, how they can put ventilation systems in. They need the help. The businesses as well as the schools need the help. But these guys (gestures towards President Trump) will not help them. He’s not giving them any of the money.

Excuse me? The most generous interpretation of this answer is that Joe Biden believes we should use taxpayer dollars to fund small business owners so they can pay their employees more. A less generous answer is he was answering the completely wrong question.

In either case, saddling struggling small businesses with increased wage requirements is absurd. There are actually very few jobs that start at the federal minimum wage. As of 2017, only 2.3% of workers earned the federal minimum. They also tend to be young as over half are under the age of 25. Many states have a higher minimum wage requirement than the federal government. Also, employees in these categories are often eligible to earn tips, which raises their income.

President Trump found Biden’s answer strange as well. He asserted you could not raise the minimum wage for small business owners in the current environment. He then added, correctly, that this should be left up to the states. He noted Alabama is different than New York and a one size fits all solution is not workable. It would be legitimate to add that this should even be pushed down to local governments. New York City is also not the same as Buffalo.

The president also added that hikes in the minimum wage had caused job losses when implemented in areas of the country. Joe Biden called this a lie, which goes against all available information. The CBO estimated that a hike to $15 an hour would cause a loss of 1.3 million jobs. In Seattle, a hike in the minimum wage caused a reduction in hours that resulted in employees earning less money, according to a study done by the University of Washington. It also estimated it cost the city 5,000 jobs.

Hikes in the minimum wage also speed up innovation in the workplace. Walmart is automating checkout and removing cashiers altogether. McDonald’s will move to all kiosk ordering as well. Fast-food chains are even experimenting with automating food preparation. The real cost here is a loss of entry-level and part-time jobs for students. It is where they get experience working in teams and get to earn some extra money. These companies are crediting minimum wage hikes for their decisions.

Biden then hilariously tries to tie the need to increase the minimum wage to first responders. According to Salary.com, police, firefighters, and paramedics all make over $15 per hour on average nationally. Even nursing assistants, who help staff hospital floors, have a median salary that exceeds that nationally. This is not about first responders. It is about kissing up to unions in the service industry, as that is where the vast majority of low-wage jobs exist.

Besides, I thought the model for the Democrats was Sweden. Isn’t that the country we are supposed to aspire to? Funny, because Sweden doesn’t have a minimum wage. In fact, the Nordic countries fought the European Union to avoid establishing one.

There sure ways to raise wages and President Trump proved it pre-pandemic. Explosive job growth and controlling immigration tighten the labor market. Production and industry returning from overseas create more jobs. When the labor supply is lower than the number of positions available, wages rise. It is a pretty simple formula that does not involve the government jacking up an arbitrary minimum.