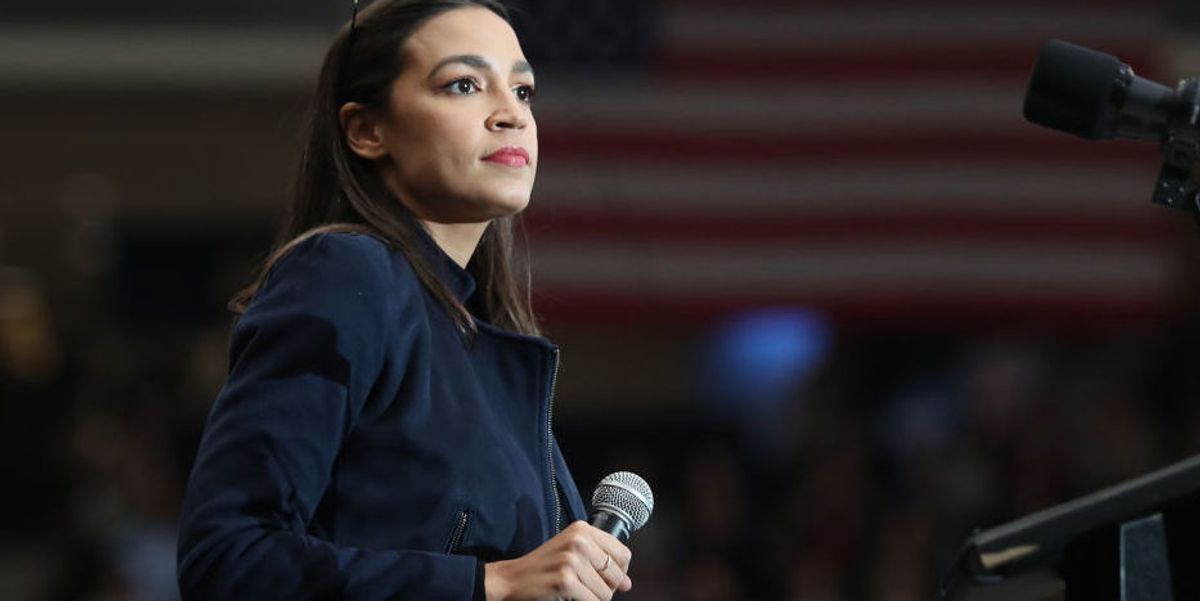 Rep. Alexandria Ocasio-Cortez (D-N.Y.) promised Sunday that if Joe Biden wins election, she will push him to become even more liberal.

What did she say?

Speaking with CNN host Jake Tapper on “State of the Union,” Ocasio-Cortez explained why she will hold Biden’s feet to the far-left progressive fire if he becomes president.

She continued, “And, so, is my job to push the Democratic Party? Absolutely. And that has been my job since and that has been a part of my role since I have been elected.”

According to Ocasio-Cortez, the Democratic Party has the opportunity to win the Senate, White House, and maintain their majority in the House — and they have an “obligation” to demonstrate the liberal agenda.

In fact, Ocasio-Cortez said Democrats should move away from “this idea of bipartisanship.”

If we have an opportunity, if we work hard enough to elect folks like Jaime Harrison, to make sure that we protect seats like Gary Peters’, and to make sure that we unseat Republicans like Joni Ernst, and we have the unique, frankly, once-in-a-generation opportunity to have the White House, the Senate, and the House majorities Democratically controlled, then I believe we have an obligation to the American people to show what a Democratic administration can actually accomplish, and that we can govern, and that we can truly have leaps in policy that people can feel in their everyday lives that makes voting Democratic worth — not just worthwhile, but a memorable shift from just a flatline of this idea of bipartisanship, which often just becomes Republican manipulation.

AOC tells CNN that if Democrats take the Senate, the left can “shift” the country without worrying about being bipa… https://t.co/NhI5vh0F5h

Ocasio-Cortez said the central goal of a Biden administration should be to implement a progressive vision.

“I believe that it’s critically important that the Biden administration appoint progressive leaders,” she said. “This is about making sure that we’re not just going back to how things were and rewinding the tape before the Trump administration.”

As Election Day nears, Ocasio-Cortez has publicly warmed to the idea of Biden becoming president.

During the Democratic primary, she ardently opposed Biden, supporting Sen. Bernie Sanders instead. But now, recognizing the circumstances, Ocasio-Cortez is galvanizing progressive Democrats to back Biden with the mindset that any Democrat is better than President Donald Trump.

“Young people right now have a very disciplined activist mindset. And they are not here with the intent of voting for their favorite person or voting for someone that they think is perfect as president,” Ocasio-Cortez told Tapper.

“They want to vote for a president that is at least going to be receptive to their advocacy, activism and protest,” she added. “There’s no question that Joe Biden is a much better person in that position.”