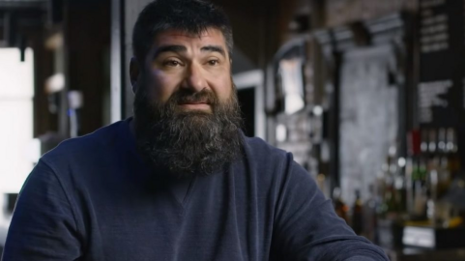 The Biden campaign took an ad down from its YouTube page after it was exposed as deceptive. Michigan bar owner Joe Malcoun said “For 50 years, The Blind Pig has been open and crowded – but right now it’s an empty room. This is the reality of Trump’s COVID response.” He added “we don’t know how much longer we can survive not having any revenue.”

But reporters discovered Malcoun inherited money from his wife’s grandfather, which he likened to “winning the lottery.”

Did the “fact checkers” come after the Biden campaign? No, they attacked conservative outlets! On Thursday, Dan MacGuill at Snopes.com strangely called out Fox News, the Washington Free Beacon, the Daily Caller, and others for “Mostly False” analysis.

In October 2020, Joe Biden’s presidential campaign pulled an ad featuring Joe Malcoun because the campaign “got caught” misrepresenting his business interests and his family’s inherited wealth.

Some of the language used by Malcoun in the ad could reasonably have been interpreted as meaning that he and his family’s personal financial well-being was at stake in the survival of a bar and venue he owns, which clashes with the fact that Malcoun has other business interests and his family has inherited wealth.

Malcoun did not unambiguously state in the ad that he stood to lose his income if his bar went under. Right-leaning outlets did not “reveal” Malcoun’s other business interests and his family’s inherited wealth because they had already been a matter of public record for years. The Biden campaign said it pulled the ad because Malcoun and his family were subjected to threats and harassment, not because they had been supposedly “caught” in a lie.

This is a great example of a “fact checker” letting the Biden campaign define what the “facts” are, especially on why the Biden campaign withdrew the ad.  That last line about being “supposedly caught in a lie” betrays the partisan tilt.

It’s incredibly weird that Snopes would claim that Biden’s campaign wasn’t “caught” with a deceptive ad because Malcoun’s wealth “had been a matter of public record for years.” It’s not “Mostly False” for a site like the Free Beacon to lay out the public record. A less ridiculous fact checker would use the longtime public record as a reason the Biden campaign shouldn’t have promoted this man in an advertisement as a struggling bar owner.

The Biden campaign are the deceivers in this scenario, but Snopes is attacking the conservative media for making the quite obvious observation that (a) the struggling businessman in the ad was exposed as NOT struggling, and then (b) the Biden people pulled the ad.

Snopes does not make you smarter.