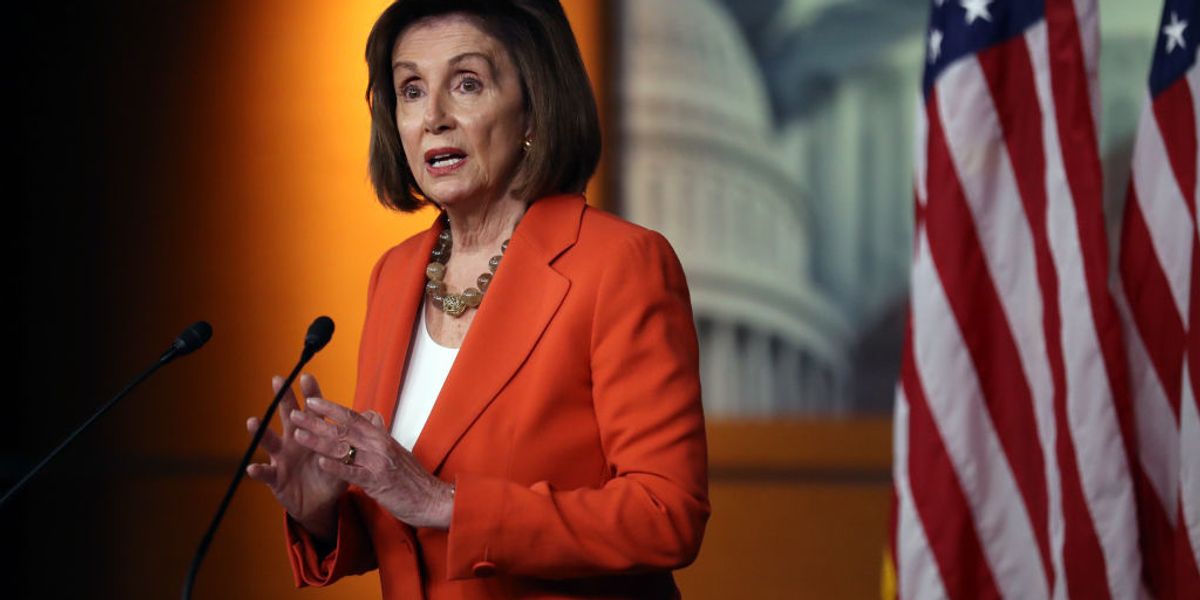 CNN host Jake Tapper grilled House Speaker Nancy Pelosi on Sunday over why she continues to block passing additional coronavirus-related aid that millions of Americans desperately need, all while blaming the White House.

White House chief of staff Mark Meadows revealed on CNN’s “State of the Union” Sunday that Pelosi continues to “move the goalposts” on COVID-19 economic relief.

“We have continued to make offer after offer after offer. And Nancy continues to move the goalposts. And, as you know, we’re up to $1.9 trillion. I personally have talked to the leader multiple times. I have talked to senators multiple times,” Meadows explained. “And, at the end of the day, it was the Democrats just last week who said that they weren’t going to support a $500 billion deal. So, they said no to some relief coming to Americans.”

What happened with Pelosi?

Later in the show, Tapper grilled Pelosi over why she continues to stall economic relief, highlighting the fact that the Trump administration has attempted to compromise with House Democrats.

“So, we know that the White House has moved closer to your position on lots of issues, coronavirus testing, contact tracing strategy, unemployment benefits, local government,” Tapper said, before being cut off by Pelosi.

In response, Pelosi claimed that Republicans have not attempted to comprise.

“And also same thing, they keep moving the goalposts. They— every time they say we move the goalposts, that means they’re projecting what they did,” Pelosi claimed.

The House speaker then attempted to steer the conversation away from the details of coronavirus relief legislation, but Tapper rejected the spin.

“But it just seems like they keep moving closer and closer,” he said of Republicans.

“I get that you’re waiting for it on paper. But it just seems like, you’re winning. I mean, that’s what it seems like to me,” Tapper told Pelosi. “I’m looking at all the things that the White House is moving forward to your position on. And it seems like you could take yes for an answer.”

Pelosi tried to continue blaming Republicans for the lack of a deal, but Tapper quickly reminded her that even Democrats are imploring their leadership to make a deal.

“[O]ne of your own members, Congressman Max Rose, said this week that the Democratic Party needs to learn, to a certain extent, how to declare victory and go home,” Tapper said. “You’re getting a lot of messages from Democrats saying: ‘This is good enough. We need to say yes.'”

CNN’s @JakeTapper calls out @SpeakerPelosi for refusing to pass a Covid relief bill despite the GOP caving: “It see… https://t.co/ahAlsZCxYL