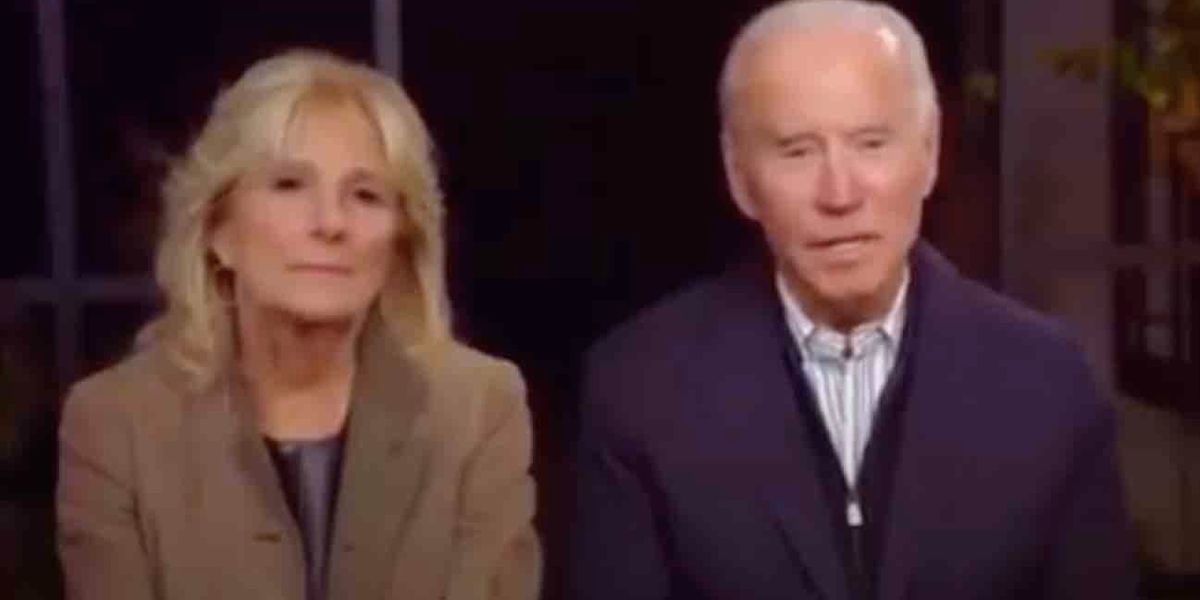 There’s a lotta love in the room

The hosts are both vehement haters of President Donald Trump — and they underscored that sentiment by wearing “Biden-Harris” T-shirts. Even Navarro’s dog was wearing one.

Certainly it must have been a comforting sight to the former vice president and his wife, Jill Biden, as they sat in their home in Wilmington, Delaware.

Getting things off to a fawning start was Navarro, who asked Jill Biden, “What is it that made you fall in love with Joe Biden?”

Biden then began talking, saying voting is imperative because it’s “the most consequential election in a long, long, long time. And the character of the country, in my view, is literally on the ballot. What kind of country are we gonna be?”

Then came yet another apparent case of temporary amnesia for Biden: “Four more years of George, uh, George, uh, he, uh …”

Jill Biden did a good job of holding it together, and Joe Biden seemed to find a way to weave back to the target, adding that we’re going to “find ourselves in a position where if Trump gets elected … we’re gonna be in a different world.”

Which George was in his head?

Commenters on the Trump War Room’s tweet about the incident were full of observations: