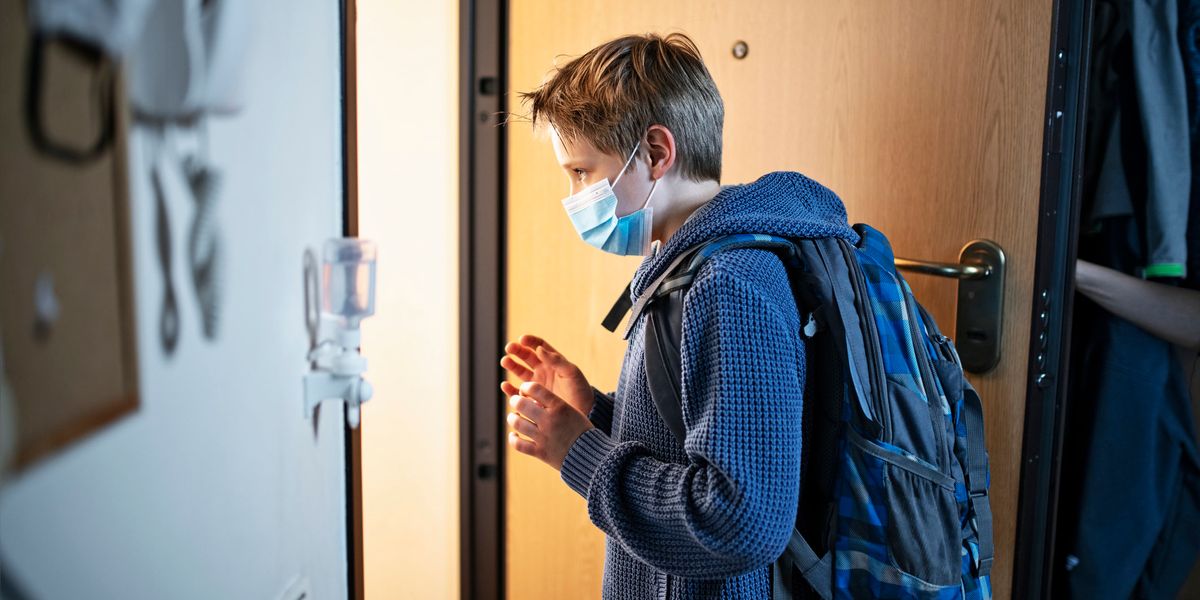 We have been told that the autumn spike in coronavirus cases is the sharpest and most extensive spread of the virus since the beginning of the pandemic. As a result, a number of mayors and governors have commanded closing schools again. The sad irony lost on them is that the spread among school-age children is so remarkably low that despite the record levels of spread in the communities, there is incontrovertible evidence that opening schools has not contributed meaningfully to that spread.

Without any explanation, Mayor Bill de Blasio ordered all schools shut, transferring nearly 1 million New York City students to chaotic online learning. “We’re going to fight this back,” de Blasio said during a Wednesday press conference. “This is a setback, but it’s a setback we will overcome.”

Except it turns out there is no spread in the schools despite the uptick in community spread. Rather than focusing on balancing nursing home safety and family visitation through mass testing, Gov. Cuomo ordered mass testing of 10%-20% of the public schools’ population every month, all for a virus that clearly does not spread much among children and certainly does not pose a greater risk to them than the typical pathogens they pick up every year in school. What were the results?

New York public schools have tested more than 140,000 students and staff and had a positivity rate of 0.23% as of Monday.

After testing over 140,000 students, just 0.23% were found to be positive. In other words, just a few thousand cases that are asymptomatic or extremely mild over the course of several months in the nation’s largest city. This is less than we see for a typical flu, even early on in the season.

What is truly remarkable is that this is coinciding with a period of growth in community spread. When schools reopened in early September, the virus was largely dormant nationwide, so it was naturally difficult to gauge the effects of school reopening on the spread. However, now that there is mass spread and the percentage of cases in schools is still remarkably low demonstrates that the few cases that are found are more of a reflection of the community spread. Kids do not spread the virus; they get it from their parents or community and will obviously have slightly higher rates during a period of community spread, regardless of whether schools are open.

In July, the European Centre for Disease Prevention and Control conducted an assessment of 31 countries where schools were opened. They concluded that “child-to-child transmission in schools is uncommon and not the primary cause of SARS-CoV-2 infection of children whose infection onset coincides with the period during which they are attending school.”

In other words, the decision to close schools netted no positive benefits for children but rather devastated their education, social life, and the ability of parents to work. These governors are now defying their own data. Then again, this was never about science or data; it’s about control and placating the teachers’ unions, who want to receive a paycheck without performing the job.

Emily Oster, an economics professor at Brown University, created a dashboard to monitor cases in thousands of schools enrolling nearly 9 million children across the country. The case rate in the community nationwide is 21 per 100,000, but just 17 per 100,000 among schoolchildren, despite the mass gathering in classrooms and mass testing to identify more of these cases. In New York, the case rate among children is 8 per 100,000, and among staff, it’s 12 per 100,000, still lower than the community rate of 13.

Nor are we seeing any evidence that infection rates among teachers are higher than those of the general community. The Dutch government conducted a large study of 44,000 teachers after schools were reopened in May, much earlier than other countries. They found those teachers had a cumulative infection rate of just 0.7%, much lower “than the total of 2.0% of the over 940,000 adults tested in the test lanes in the same period.”

Obviously, any teacher who is older or seriously at risk will have to make alternative arrangements, as is the case with anyone who is immunocompromised working in other professions, such as health care or general business settings. If anything, the fact that there seems to be a lower rate of infection among teachers lends credence to the theory that adult teachers, around children more often and catching coronavirus colds more frequently, are shielded by their umbrella of partial cross-immunity.

Indeed, the cult of corona seems to be worse in the United States, at least regarding school closures. Even in Europe, with all the draconian mandates on the people, schools have been kept open in most countries. Even the United Nations Children’s Fund (UNICEF) published a report using data from 191 countries to show absolutely zero correlation between schools remaining open and increased viral spread.

“Schools are not a main driver of community transmission, and children are more likely to get the virus outside of school settings,” concluded the UNICEF report. On the other hand, the closures are proven to be devastating to children. “Disruptions to key services and soaring poverty rates pose the biggest threat to children. The longer the crisis persists, the deeper its impact on children’s education, health, nutrition and well-being. The future of an entire generation is at risk.”

It’s truly shocking how governors are employing a tactic that fails to stop spread of a virus that is not dangerous to children and for which children are poor vectors of spread – all at the expense of their education and physical and mental health. Last week, the CDC released an analysis showing a 31% increase in mental health-related ER visits among children ages 12-17 since the lockdowns in March and even a 24% increase in ER visits for children as young as 5-11.

“Many mental disorders commence in childhood, and mental health concerns in these age groups might be exacerbated by stress related to the pandemic and abrupt disruptions to daily life associated with mitigation efforts, including anxiety about illness, social isolation, and interrupted connectedness to school,” noted the CDC in explaining the shocking data.

These governors are destroying a generation of children all to feel good about themselves and to control people. Lockdowns will be recorded by history as the greatest mistake of all time. Schools closures will be remembered as the gravest mistake of those lockdowns.