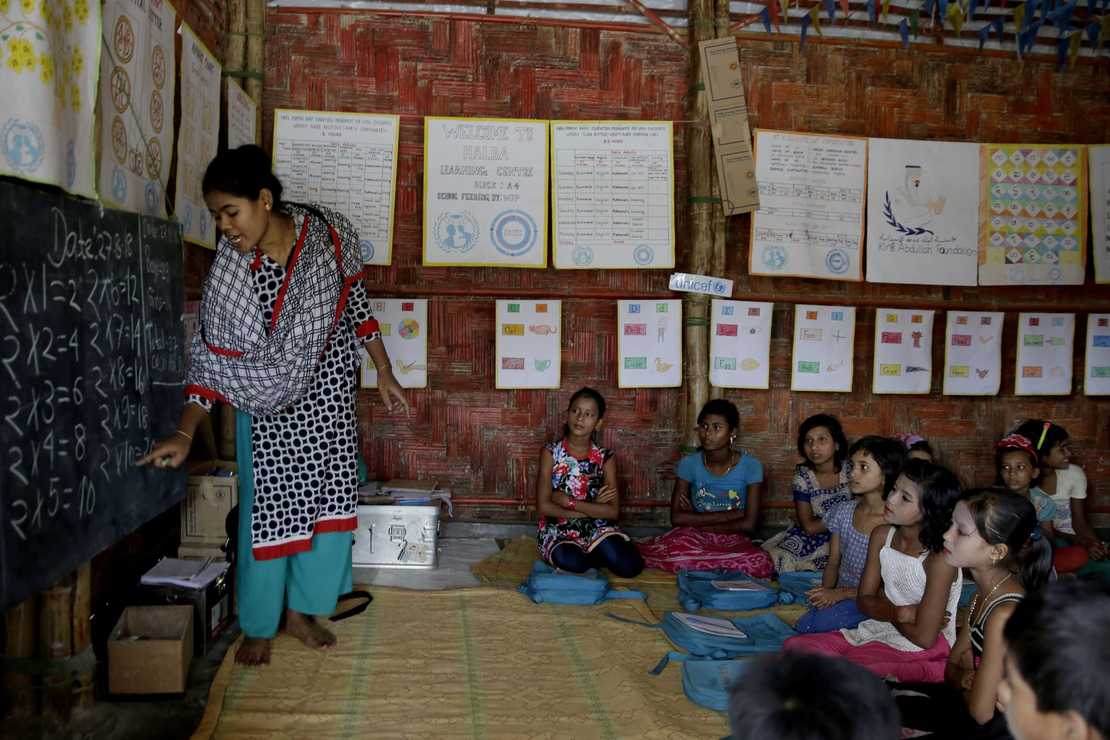 A United Nations International Children’s Emergency Fund (UNICEF) report says that the costs of closing schools during the pandemic outweigh the benefits from doing so. The UNICEF encourages nations to keep the classrooms open because there’s no correlation between opening schools and increased COVID-19 infection rates.

The report, “Averting a Lost Generation,” raises the alarm about “remote learning” and how it’s leaving millions of children behind.

Released on Thursday, the report casts doubt on government leaders’ rationale for closing schools amid a surge in cases, and highlights the pandemic’s economic and health consequences for children.

“Other consequences, such as a year of interrupted school with little learning or getting a virus without suffering severe symptoms may not seem all that serious against the backdrop of this global pandemic,” reads the report.

“But these experiences reverberate into the future of every child who goes through them. And there are more hidden impacts – loss of future employment potential, rising violence, increased poverty, mental health issues and COVID-related long-term morbidity for children who are malnourished or already vulnerable.”

In America, big-city mayors are listening to the teacher’s unions who haven’t been shy about raising the specter of thousands of dead kids and teachers. It’s a gross exaggeration, and UNICEF is calling them out for it.

A shorter version of the report: closing schools is unhealthy for children.

It’s unclear how much school closings contributed to some of the outcomes mentioned in the report. However, it argues that the pandemic overall has deepened “poverty across every dimension of a child’s life, including health, education, nutrition, housing, water and sanitation.”

“Approximately 150 million additional children are living in multidimensional poverty. This represents a roughly 15 per cent increase compared to pre-pandemic levels,” it notes.

New York City just shut down most of its schools after infection rates crossed a dubious threshold of 3 percent. Needless to say, parents were enraged with Mayor Bill de Blasio.

That’s why Jampel helped lead this group of New York City parents down Park Row to the gates of City Hall.

“We represent more than 12,000 New York City parents who are demanding that schools open now,” she said. “Our message right now is we need to open schools now. Like, they should never have been closed. This 3% metric is arbitrary. It’s anti-science.”

Even New York Governor Andrew Cuomo says the schools are safe and shouldn’t be closed. Mayor de Blasio shot back that Cuomo was planning to shut down gyms and indoor dining. So there.

The posturing between the two political heavyweights is endangering children and the rest of New York citizens. Meanwhile, remote learning is proving to be an unsatisfactory alternative to learning in a classroom and children pay the price for adults playing political games.

Coronavirus Anxiety Costs More Lives Than the Lockdowns Save From COVID-19, Study Finds

Cuomo Compared Orthodox Jews to the KKK. Now a Jewish School Is Taking Him to Court