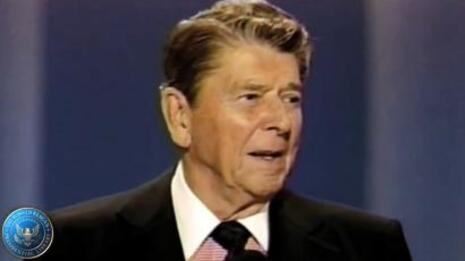 Hollywood can multitask as well as any industry.

Stars, producers and screenwriters spent the last four years castigating anyone, and anything, associated with President Donald Trump. That didn’t stop them from proselytizing about open border policies, gun control and other progressive issues.

Showtime is no different.

The network that just released a profoundly dishonest two-part miniseries attacking President Trump is back to savage another GOP figure.

The just-released docuseries The Reagans does little to hide its rage against the nation’s 40th president. Early reviews highlight the film’s critical take on his presidency and cultural impact.

By shining a light on the truths behind the Reagan myth and critically analyzing Ronald Reagan’s quest for power, his mode of governing, the ripple effects of his economic policies and the unprecedented role Nancy Reagan played in the White House, the series redefines the Reagans a generation after they stood at the center of the national and global stage. Covering Reagan’s rise from movie star to politician and tackling his questionable record on race, the administration’s near collapse amid the Iran-Contra scandal, and inaction in the face of the HIV pandemic, THE REAGANS offers an epochal look at a recent past that has much to do with our turbulent present.

Showtime first slammed the Reagans way back in 2003. The Reagans miniseries started out as a CBS project until Reagan defenders called out its baldly partisan attacks:

In the production Reagan appears heartless toward AIDS suffers and calls himself “the Antichrist.” His wife Nancy is portrayed as a domineering witch who controls the complacent president.

CBS brass admitted to the problem … and then shuttled the miniseries off to corporate partner, Showtime. Per an CBS statement, the project “does not present a balanced portrayal of the Reagans for CBS and its audience. Subsequent edits that we considered did not address those concerns.”

The creative industry struck again with 2013’s  Lee Daniels’ The Butler, a look at Eugene Allen’s 30-plus years of service in the White House. President Reagan, portrayed by Alan Rickman, is shown as indifferent to the plight of blacks both in America and South Africa, among other character attacks. The film also hired Jane Fonda, a woman most conservatives loathe for her ghastly Vietnam War activism, to play Nancy Reagan.

Reagan biographers quickly rose up to refute the material.

More recently, the FX series Fargo inserted President Reagan into the narrative  Cult fave Bruce Campbell took a turn playing the man affectionately known as The Gipper, but this time the portrayal was smaller, more difficult to tease out for greater meaning.

The 2017 documentary The Reagan Show removed political commentary and simply showed news footage of Reagan during his two terms in office.

It’s almost as if the directors of The Reagan Show are, like the characters in The Americans, still mired in the mid 1980s, unaware how all of this turned out. Reagan not only didn’t start a nuclear war, he achieved victory against the Soviets without firing a shot, and his SDI idea turned out not to be a pipe dream.

Perhaps the most ghastly anti-Reagan project never got off the ground due to instant, and sizable, backlash. Far-left director Adam McKay and Will Ferrell planned a wacky political comedy about a dementia-addled Reagan’s final days in the Oval Office.

The duo quickly retreated from the project once word leaked about its nature, even while McKay pretended the theme wasn’t as cruel as critics suggested. The actual script screamed otherwise.

It’s why another Reagan project is so very necessary, at the very least to add balance to the pop culture record. 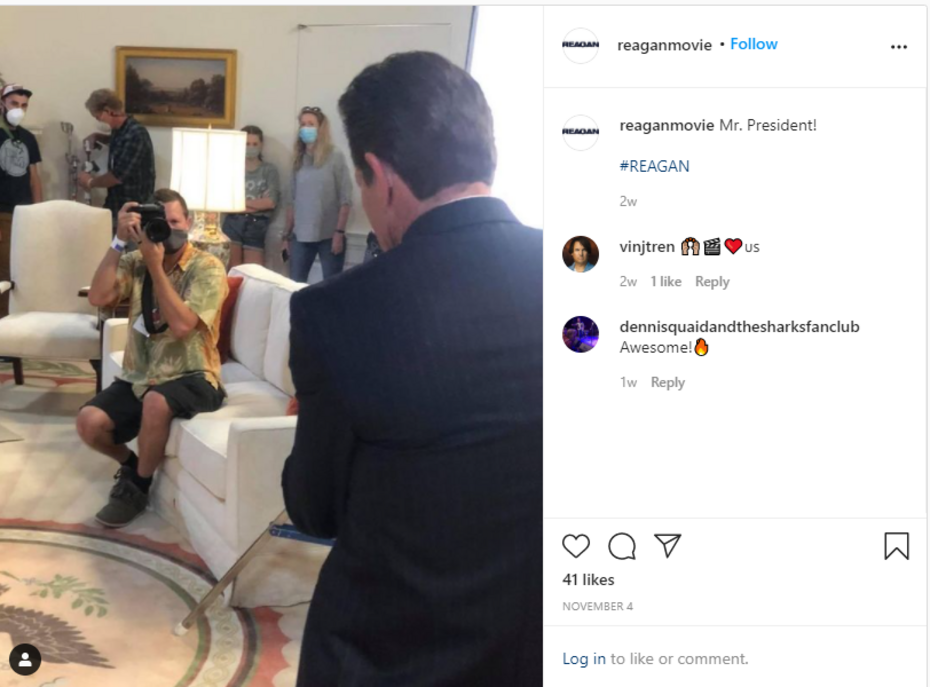 Soul Surfer director Sean McNamara is behind the camera for “Reagan,” influenced by The Crusader: Ronald Reagan and the Fall of Communism by author Paul Kengor. Reagan producer Mark Joseph previously gave us last year’s stunning docudrama No Safe Spaces, a film that accurately predicted the current attacks on free speech.

President Reagan wasn’t perfect. No political leader is, and fair criticism is always welcome. That’s not what we’ve seen from Hollywood over the years for one of their own.

Reagan should help balance the ledger on a historic leader and his legacy.

[Cross-posted from Hollywood in Toto.]