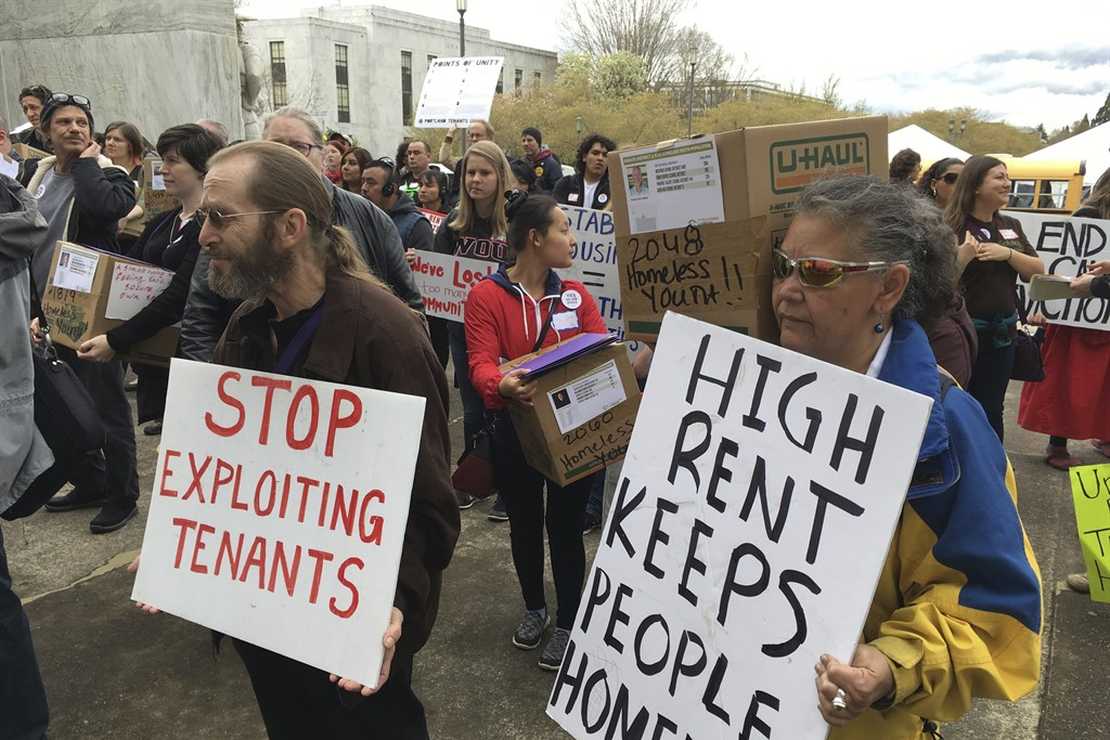 The California Highway Patrol has arrested 62 people in connection with evictions they carried out in homes owned by the state. Homeless people had occupied several of the vacant properties in El Sereno and CHP had been called in by Caltrans to investigate several break-ins that occurred in those properties.

The homes had been purchased by Caltrans in anticipation of a freeway extension that never happened. There are more than 160 homes in Pasadena, South Pasadena, and El Sereno awaiting their fate as Caltrans can’t figure out what to do with them in a glutted market.

The homeless people and the activists controlling them knew exactly what to do with them.

Ultimately, 21 people were arrested across Wednesday and Thursday on suspicion of trespassing and burglary. CHP says they were escorted off the property after refusing to leave “in order to allow the uninhabitable buildings to be re-secured and boarded up for public safety.”

“Rather than allow the community to take that effort into housing their own people, they violently removed and extracted all these families who are now wondering where they’re going to be sleeping tonight,” she said. “It’s cold. They have nowhere else to go. There’s literally someone in our friend’s car, wondering where to go.”

The CHP had little choice and the law is clear. The squatters were in the wrong legally and had to go.

But maybe Governor Newsom could light a fire underneath Caltrans and get them to do something — anything — not just about the 160 homes they’ve left to scavengers, but for the tens of thousands of people living out of their cars or occupying vacant buildings. In fact, Newsom could start treating the problem as more than just a question of throwing more and more money at the problem hoping it will go away. The homeless crisis in southern California is a national disgrace and yet, Newsom has failed to lead.

Caltrans said it has been working with local governments to lease several of its available properties for use as temporary emergency shelters. It recently signed a lease with the city of Los Angeles’ Housing Authority so that 22 vacant Caltrans-owned homes in El Sereno can be used for the city’s transitional housing program.

Those homes are now legally housing families who are a part of Reclaiming Our Homes, the activist group said.

Leasing only 22 homes for “transitional housing” is an insult. But California politicians are tiptoeing around the problem because of its intractability. How do you “transition” from homeless to housing in a state where rent on a small apartment is more than $2500 a month?

Government incentives to build affordable housing, instead of luxury homes and condos would be a good start. Eliminating rent control would mean chaos, but ultimately work to make a lot of housing more affordable.

There are solutions that don’t involve throwing hundreds of billions in more spending on how to “manage” the homeless problem.