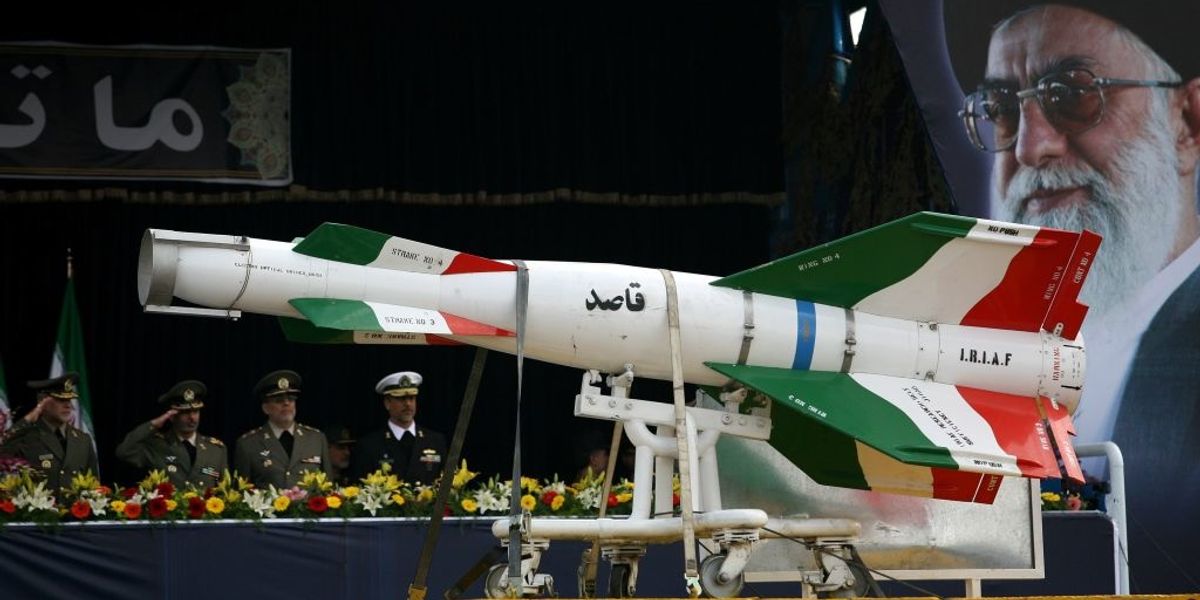 A top Iranian nuclear scientist, believed by the Israeli government to be the mastermind directing Iran’s nuclear weapons program in the early 2000s, was killed in a targeted attack Friday outside of Tehran,
according to multiple reports, citing Iranian state media.

Iranian Foreign Minister Mohammad Javad Zarif on Friday said the killing of scientist Mohsen Fakhrizadeh was “an act of state terror” that there were “serious indications” of Israeli involvement in his death, though Zarif did not level an outright accusation. According to the Associated Press, Israel did not immediately comment on Fakhrizadeh’s death, but Israel has long been suspected of carrying out targeted assassinations of Iranian nuclear scientists decades ago.

Fakhrizadeh was a senior officer with the Islamic Revolutionary Guard Corps (IRGC) and a professor of physics at Imam Hussein University in Tehran. He was the former leader of Iran’s Physics Research Center, the Jerusalem Post reported.

Iranian state TV said Fakhrizadeh was ambushed by “armed terrorist elements” and suffered injuries that proved to be fatal. Reports said doctors and paramedics could not save him after he was taken to a hospital.

“After a clash between the terrorists and his bodyguards, Mr. Fakhrizadeh was severely injured and rushed to hospital. Unfortunately, the medical team’s efforts to save him were unsuccessful and minutes ago he passed away.”

The Fars news agency, which has ties to the IRGC, said the attack occurred in Absard, a small city east of the Iranian capital of Tehran. It said witnesses heard an explosion followed by machine gun fire. A car carrying Fakhrizadeh was the target of the attack, according to the agency.

The Associated Press says no group has claimed responsibility for the attack.

Zarif issued a statement on Twitter, calling on the international community and the European Union to condemn the attack and suggesting Israel was responsible.

The commander of the IRGC has also sworn vengeance for the killing.

“Assassination of nuclear scientists is the most obvious violation of the global hegemony to prevent our access to modern sciences,” said Major General Hossein Salami.

“In the last days of their gambling ally’s political life, the Zionists seek to intensify and increase pressure on Iran to wage a full-blown war,” Dehghan tweeted, seemingly referring to U.S. President Donald Trump. “We will descend like lightning on the killers of this oppressed martyr and we will make them regret their actions!”

According to BBC Persian reporter Jiyar Gol, Fakharizadeh’s death “is a blow to Iran’s security and intelligence services who were tasked with protecting him.” The BBC reports that “some in Iran even believe the assassination could have been carried out by Iranian security forces working for Israeli and Western intelligence agencies.”

Fakhrizadeh was in charge of Iran’s “Amad” nuclear program, translated “Hope.” Israel and other Western countries have accused the program of developing nuclear weapons while Iran has maintained the program was for peaceful purposes.

More from the Associated Press:

The International Atomic Energy Agency says Iran “carried out activities relevant to the development of a nuclear explosive device” in a “structured program” through the end of 2003. That was the Amad program, which included work on the carefully timed high explosives needed to detonate a nuclear bomb.

Iran also “conducted computer modeling of a nuclear explosive device” before 2005 and between 2005 and 2009, the IAEA has said. The agency said, however, that those calculations were “incomplete and fragmented.”

In 2018, Israeli Prime Minister Netanyahu said “remember that name” after mentioning Fakhrizadeh in a news conference alleging that Iran had lied about its nuclear weapons program. Netanyahu presented tens of thousands of files of Iranian files acquired by Israeli intelligence from an Iranian nuclear archive.

“A key part of the plan was to form new organizations to continue the work,” Netanyahu alleged. “This is how Dr. Mohsen Fakhrizadeh, head of Project Amad, put it. Remember that name, Fakhrizadeh.”