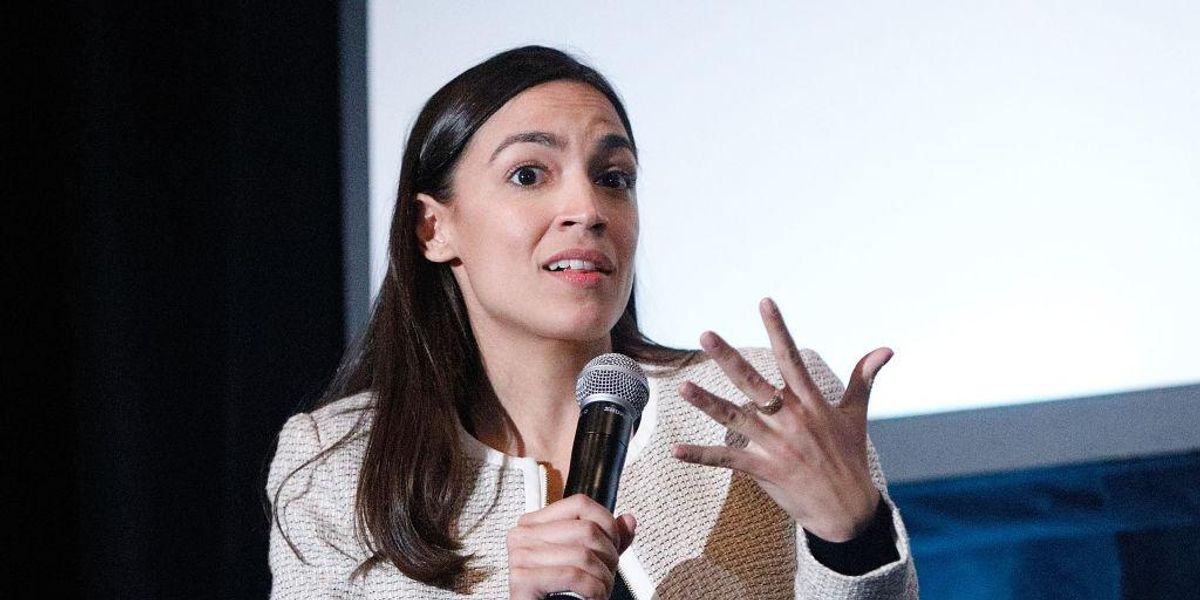 Rep. Alexandria Ocasio-Cortez (D-N.Y.) is a self-declared democratic socialist who has been a vocal critic of capitalism. In the past, she has instructed her nearly 11 million Twitter followers to “Resist disaster capitalism.” Last year, AOC called declared capitalism to be “irredeemable.”

Ocasio-Cortez railed against Amazon constructing a second headquarters in New York City, which was estimated to bring “at least 25,000 to 40,000 good paying jobs and nearly $30 billion dollars in new revenue” into the state. according to New York. Gov. Andrew Cuomo.

This week, the democratic socialist fully embraced capitalism by peddling $58 shirts that say, “Tax The Rich” on them. The $58 does not include shipping and handling. AOC’s merchandise website indicated that it would cost an additional $9.22 to ship the product to my house, bringing the grand total for the shirt to $67.22. The shop stated that the shirt would ship via the U.S. Postal Service, and “ship in 1-2 weeks + 2 business days in transit.”

Pre-orders were being taken this week for the “gender neutral fit” shirts.

It turns out that AOC has an entire merchandise shop, where she sells a hoodie promoting the Green New Deal, made from 20% polyester, for a whopping $65.

If you can’t afford the expensive long-sleeved shirts, you can purchase a strangely worded T-shirt that says “AOC + ME” for $27. Instead of paying off your student loan you can spend $27 on a cancel student debt T-shirt. There is even a perplexing “Drink Water & Don’t Be Racist” T-shirt for $27.

Many people considered the Democratic socialist selling products at premium prices to be “hypocritical,” and bashed the Democratic congresswoman for selling such high-priced goods on Twitter.

AOC has a store where she’s selling shirts… otherwise known as capitalism https://t.co/EfMT9ZAsGN

AOC is selling $65 dollar sweatshirts that say “tax the rich” that only rich ppl can afford. Should just say “Tax M… https://t.co/tYbw8ZFTwv

One person, who seemed to be an AOC supporter and retweeted the congresswoman numerous times in the past, simply wrote, “Wish I could afford this.”

@taxmarch @AOC Wish I could afford this