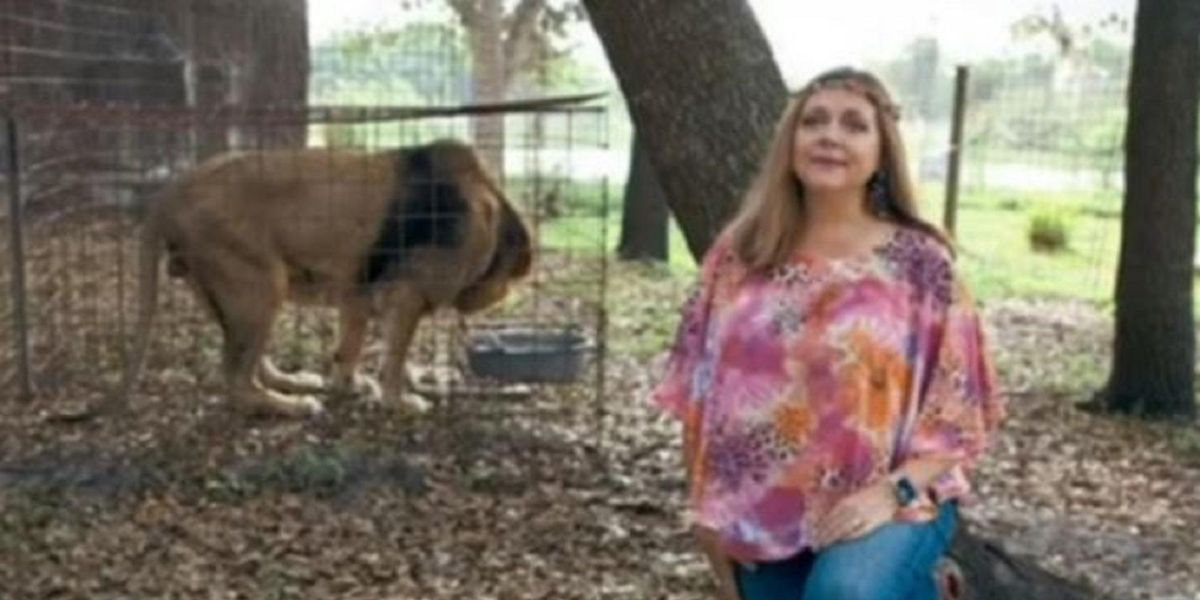 A volunteer for “Tiger King” subject Carole Baskin’s Big Cat Rescue had her arm “nearly” torn off by a tiger at the sanctuary on Thursday, according to the organization.

The attack occurred the same day the House of Representatives took up a bill pushed by Baskins, designed to “restrict direct contact between the public and big cats.”

In a Facebook post, Big Cat Rescue announced that Candy Couser, who has volunteered at the sanctuary for five years, was attacked by a tiger named Kimba who “grabbed her arm and nearly tore it off at the shoulder.” The organization explained that the incident was an accident but noted that Couser broke protocols and expressed her desire that Kimba not “come to any harm for this mistake.”

The sanctuary later posted an update on Couser’s condition on their website, stating that the volunteer was headed into surgery and that her arm was broken in three places but that she was able to move her fingers despite a badly damaged shoulder. They also noted that the CDC could require Kimba to be put down, but “that’s unlikely given the fact that he’s vaccinated and Candy does not want him to be killed for doing what comes naturally.”

This happened on the day our federal bill to ban cub handling and private possession comes to the House floor for a vote. The fact that, despite our intense safety protocols and excellent record of safety, an injury like this can occur just confirms the inherent danger in dealing with these animals and why we need the Big Cat Public Safety Act to eliminate having them untracked in backyards around the country and ending up in sanctuaries where wonderful people like Candy Couser have committed themselves to providing care for those discarded by the pay to play industry.

House Democrats have taken heat from Republicans in recent days for taking up the Big Cat Public Safety Act, dubbing it the “Tiger King” bill and chastising House Speaker Nancy Pelosi (D-Calif.) for prioritizing the measure while party leaders have failed to reach an agreement on further COVID-19 relief—which Pelosi and the White House have been negotiating for months.

The legislation, H.R. 1380, “revises restrictions on the possession and exhibition of big cats, including to restrict direct contact between the public and big cats,” according to its brief summary.

Netflix released “Tiger King: Murder, Mayhem and Madness” in March amid initial coronavirus shutdowns, and the docuseries topped the charts. Its main subject, Joe Exotic, whose given name is Joseph Maldonado-Passage, is currently serving time in federal prison after being convicted of hiring a hit on Baskins over her seeking to shut down his big cat attraction for breeding cubs and allowing in the public.

The show’s attention prompted the sheriff of Hillsborough County, Florida, to ask for new leads in the case of Baskin’s missing second husband, Don Lewis. Baskin vehemently denies having anything to do with Lewis’ disappearance.

Schumer Announces Impeachment Trial to Begin Week of February 8
Top 10 Fun Facts from US Presidential Inaugurations
New Mexico leaders bash Biden admin’s order targeting oil, drilling on federal land: ‘How does that bring us together?’
Technology Will Destroy Us
McConnell: ‘The Mob Was Fed Lies’ and ‘Provoked by the President’