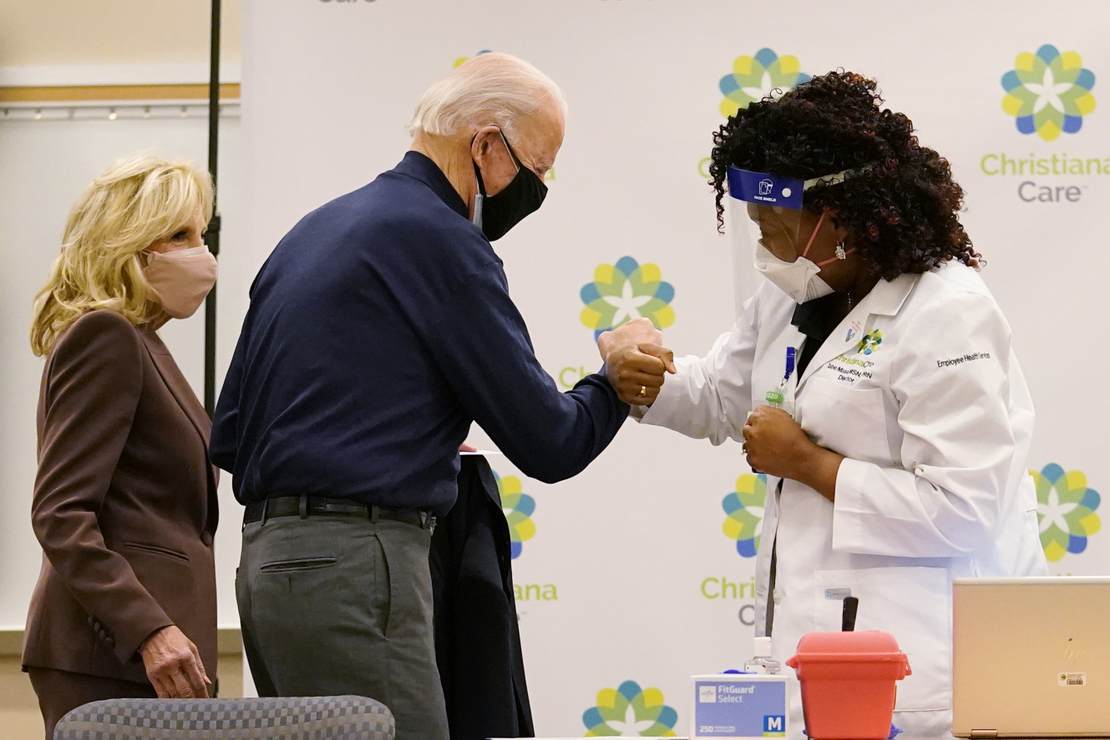 Operation Warp Speed advised Donald Trump to hold half the Pfizer and Moderna COVID vaccine doses in the government’s possession to make sure that patients received the second inoculation required for immunization. Both the Moderna and Pfizer vaccines require two shots several weeks apart for full effectiveness.

But Joe Biden will defy that advice and release the remaining doses anyway. He is gambling that Pfizer and Moderna can manufacture enough vaccine doses quickly enough to vaccinate everyone who got the first shot.

It’s a pretty good gamble — for him. He will get his second shot in a couple of days. But for the rest of Americans who got the first shot, they should pray that nothing happens to the manufacturing process at Pfizer or Moderna until they’ve fulfilled their contracts for several hundred million doses.

Some public health specialists have advocated for releasing all available doses, because there’s some evidence of protection against Covid-19 after just the first dose and it’s likely that manufacturers will be able to meet the demand for second doses.

“The President-elect believes we must accelerate distribution of the vaccine while continuing to ensure the Americans who need it most get it as soon as possible. He supports releasing available doses immediately, and believes the government should stop holding back vaccine supply so we can get more shots in Americans’ arms now,” TJ Ducklo, a spokesman for Biden’s transition team, told NBC News. “He will share additional details next week on how his Administration will begin releasing available doses when he assumes office on January 20th.”

Given the track record on dispensing accurate information from some of these same “public health specialists,” I would be worried about getting a second shot.

“Our states are ready to work around the clock to ramp up distribution, get more shots in arms, and save more American lives. General Perna, as you have stated before, ‘a vaccine sitting on a shelf is not effective,’” the governors wrote in the letter. “We couldn’t agree with you more. That’s why we are asking for your help now. When we work together, we can end this pandemic and return to a life of normalcy sooner.”

Operation Warp Speed has argued that it’s necessary to withhold some available doses of the vaccines to ensure everyone who got their first dose will get their booster shot on schedule. Officials are also withholding some doses in reserve in case of manufacturing problems.

Some governors were accusing Trump of withholding vaccine doses for political reasons. They apparently didn’t get the memo about the second doses being withheld. I doubt whether Joe Biden will have to put up with nonsense like that.

That the government is distributing vaccines more slowly than planned is hardly a surprise. The number of people involved in this operation — all of whom must perform their jobs competently and in a timely manner — guarantees snafus. This is a government project — waste, fraud, and abuse is fully expected, as is incompetence and stupidity.

The governors are like little children, expecting everything to be perfect in a perfect world. That’s obviously not the case. And it won’t get any better after January 20.