Will Biden Govern More Through Legislation or Executive Orders?Joe Biden Looks Totally Lost and Confused After Finishing Up Speech in Delaware (VIDEO)This Time, There May Not Be a Do-OverCalifornia city takes immediate action after ‘racist’ banner declaring ‘White Lives Matter’ found in parkAlec Baldwin dreamed President Trump was tried for ‘sedition’ with a makeshift noose outside courthouseWoke Crowd Whines about ‘Whiteness’ of ‘Cobra Kai’ ShowBiden Is Already Rewarding FailureOpen our eyes, Lord: Sunday reflectionKamala Harris to Resign Senate Seat on Monday Ahead of InaugurationUpdate: CCTV Cameras Are Being Installed All Over Green and Red Zones in Washington DC
Patriot Daily Press
Skip to content 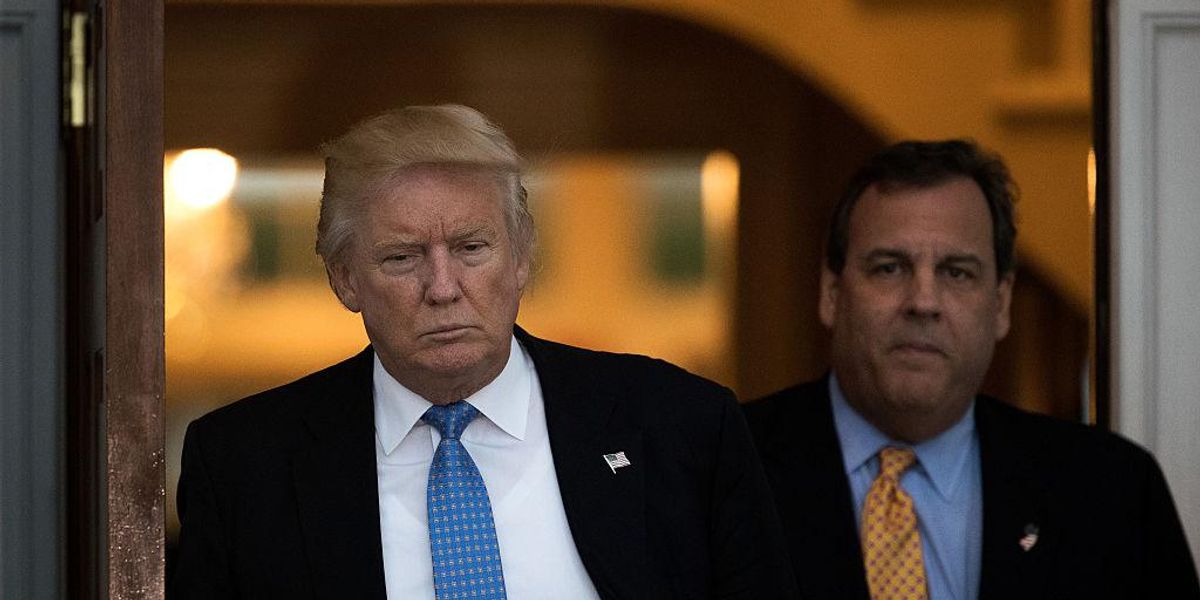 Chris Christie believes that President Donald Trump deserves to be impeached and removed from office for his actions leading up to the riot at the U.S. Capitol building last Wednesday.

While appearing on ABC’s “This Week,” Christie said Trump’s actions were an “impeachable offense,” and urged Republicans to “vote their conscience.”

When asked by host George Stephanopoulos if he had a vote in Congress if he’d impeach the president, Christie responded, “If I think it’s an impeachable offense, that’s exactly what I would do.”

“But I’m not in there,” Christie said. “If you want my opinion, that’s my opinion.”

“I think if inciting to insurrection isn’t [an impeachable offense], I don’t really know what it is,” Christie told Stephanopoulos.

“We had an incitement to riot at the United States Capitol,” Christie, a former U.S. attorney, said. “We had people killed, and to me there’s not a whole lot of question here.”

“Listen, I think they’re going to have to vote their conscience and look at what happened,” Christie said of Republicans in Congress.

“What I’ve heard from fellow Republicans is that they’ve had enough and that the president’s conduct quite frankly since [the riot] has gotten them upset,” Christie said.

Christie pointed out that the Democrats’ impeachment over the president’s phone call to Ukrainian President Volodymyr Zelensky tarnished their credibility. “I will say to that the Democrats, by what they did earlier on Ukraine, have kind of cheapened this a little bit too,” Christie said.

Here are some of my comments on the events of the week from this morning https://t.co/Pke7B11hlH

Christie had been one of Trump’s closest political allies dating back to the 2016 presidential campaign, and as recently as September when the former Republican governor of New Jersey helped Trump prepare for a presidential debate against Joe Biden.

Christie joins other Republicans who have considered Trump to be impeached over his actions leading to the storming of the Capitol building, including Pennsylvania Sen. Pat Toomey and Nebraska Sen. Ben Sasse.

Also on Sunday, former Republican California governor Arnold Schwarzenegger blamed Trump for the violence at the Capitol, and called said he “will go down in history as the worst president ever.”