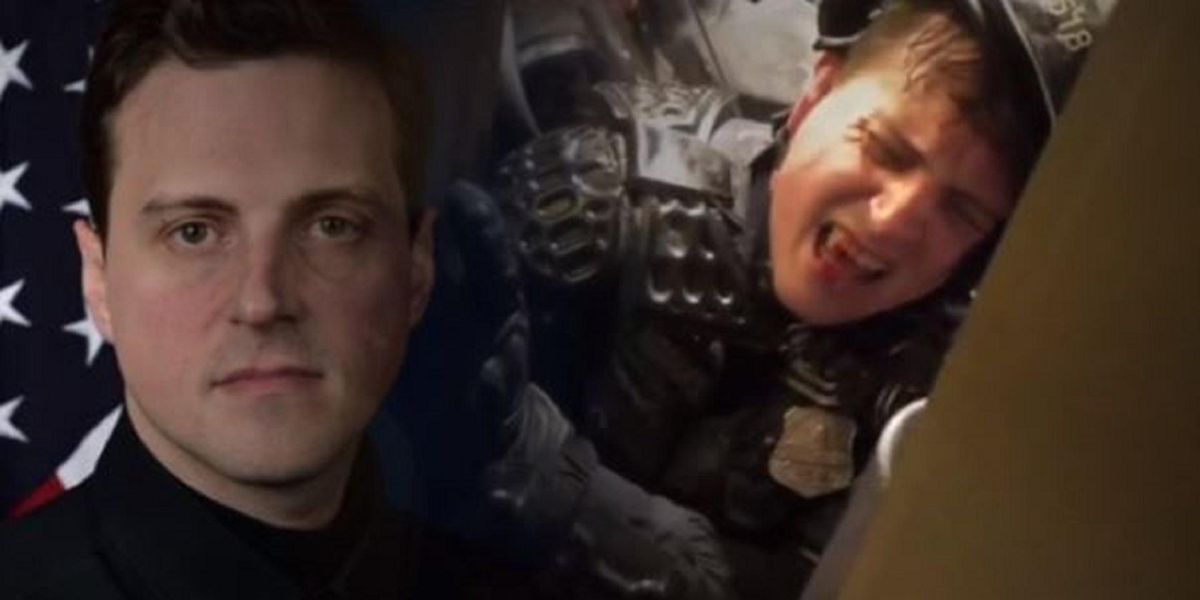 A video went viral last week showing a Washington, D.C., police officer being crushed by a mob during last week’s siege of the Capitol building. According to the department, he is going to be all right — and has a special letter coming from a 10-year-old child during his ongoing recovery.

Following the Capitol attack on Jan. 6 by pro-Trump supporters that left at least five dead, including one U.S. Capitol Police officer, footage of what happened amid the chaos began floating around online.

One of the most heartbreaking clips showed an officer screaming in pain and bleeding from his mouth as he was pressed against a door while the mob pushed to gain entry into the building while yelling, “heave ho!”

WTTG-TV reported Tuesday that the officer’s name is Daniel Hodges, and he is recovering and doing well.

Millions of Americans saw the footage of Hodges, and like many, 10-year-old Montana girl Emma Jablonski was brought to tears after watching it. So, she decided to pen Hodges a letter expressing her feelings and well wishes for the law enforcement officer.

I’m Emma, and I’m 10 years old. I hope you heal from being crushed. I feel bad for you. Those people are really bad hurting you. I hope you and your family are nice and healthy. When I saw the video on CNN about people crushing you with a door, I almost cried. Get well.

Emma’s mother tweeted the letter to the D.C. Police Department for information on where to send it, and they replied directly. Mrs. Jablonski says Officer Hodges will be receiving an entire care package along with the letter.

As the House of Representatives debated Tuesday night, more details were revealed about the severity of injuries sustained by a few of the dozens of officers in last week’s Capitol attack.

The Hill’s Cristina Marcos reported that “the rioters tased officers and tried to shoot one with his own gun,” and “one officer will likely lose his eye.”