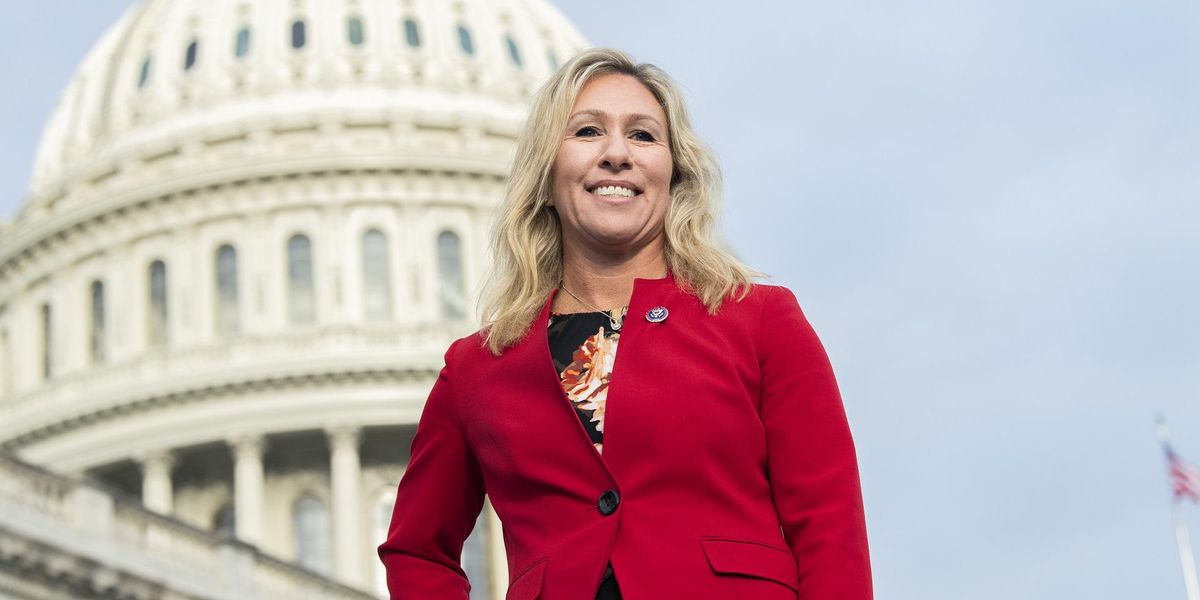 Freshman GOP Rep. Marjorie Taylor Greene of Georgia officially filed articles of impeachment Thursday against President Joe Biden on his first full day in office, following through on a promise she made Jan. 13 when the House voted to impeach then-President Donald Trump a second time.

Greene confirmed the filing on Twitter, telling her followers, “We’ll see how it goes,” before releasing a written statement on her action.

I just filed Articles of Impeachment on President @JoeBiden. https://t.co/mcwEEkKiHL

In a press release, Greene’s office stated that the Georgia Republican introduced articles of impeachment against Biden “for his corrupt actions involving his quid pro quo in Ukraine and his abuse of power by allowing his son, Hunter Biden, to siphon off cash from America’s greatest enemies Russian and China.”

“President Joe Biden is unfit to hold the office of the Presidency,” the congresswoman wrote, arguing:

“His pattern of abuse of power as President Obama’s Vice President is lengthy and disturbing. President Biden has demonstrated that he will do whatever it takes to bail out his son, Hunter, and line his family’s pockets with case from corrupt foreign energy companies.

President Biden is even on tape admitting to a quid pro quo with the Ukrainian government threatening to withhold $1,000,000,000 in foreign aid if they did not do his bidding. President Biden residing in the White House is a threat to national security and he must be immediately impeached.”

Greene went on to list allegations in what she referred to as the “vast and detailed” case against Biden.

My statement on introducing Articles of Impeachment against President @JoeBiden: https://t.co/1mq7QRBbTX

Greene was asked by Newsmax prior the filing if her impeachment efforts against Biden were merely symbolic, given that Democrats control the House of Representatives. Her office later told TheBlaze that “Rep. Greene simply wants to be a voice for the voiceless,” saying the congresswoman “wants to defend [American conservatives] and represent the Silent Majority.”

Greene, a strong supporter of President Donald Trump, won election on Nov. 3 in Georgia’s 14th District and has already made a string of headlines since taking office.

The congresswoman was temporarily suspended from Twitter last week after the social media platform accused her of “multiple violations of our civic integrity police.” But Greene argued in response that she was given no explanation for the suspension, and issued a statement saying that “big tech is silencing Americans” and that “censorship has got to stop.”

Greene is also facing criticism after an unearthed social media post from 2018 showed that she referred to the Parkland, Florida, school massacre that killed at least 17 people as a “false flag.”

Critics of Greene, including other Republicans, have accused her of employing inflammatory rhetoric in order to raise campaign funds and to gain political prominence. Greene has also been criticized for previously supporting the QAnon conspiracy theory.