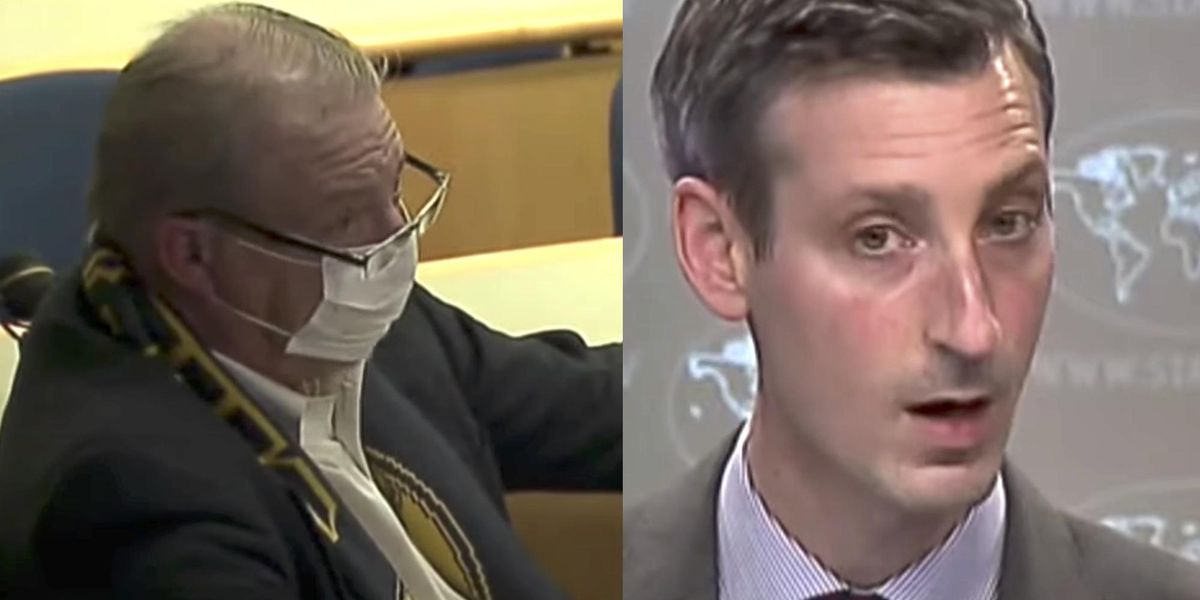 A State Department media briefing turned into a contentious debate after a reporter called out a spokesman for the Biden administration for stealing credit from the previous administration.

State Dept. spokesman Ned Price was touting a new report showing that support had significantly lessened for an energy project that would increase Germany’s dependence on Russia for oil.

Price was interrupted while patting himself on the back when Matt Lee of the Associated Press rained on his parade with his pointed question.

“That demonstrates that our strategy, including the legislative strategy, the strategy that, of course, Congress has been behind, has been working to good effect. So we’ll continue to work closely with Germany. We’ll continue to work closely with our other allies and partners in Europe to uphold Europe’s own stated energy security goals,” Price said.

“Isn’t it a bit disingenuous to claim credit for the 18 companies winding down?” asked Lee. “All of this work was done under the previous administration.

“You guys have only been in office for a month, right? Are you telling me that in the last four weeks these 18 companies all of the sudden decided to say, ‘Oh my God! We better not do anything with Nord Stream 2,'” Lee said, referring to the proposed pipeline project.

“You guys are taking credit for stuff the previous administration did,” Lee asked. “Yes or no?”

Price went on to say that the Biden position on the pipeline was the same as that of the previous administration.

“We are concerned about the influence that it would allow Russia, and the leverage that it would give the Russian regime over some of our closest allies and partners in Europe,” he concluded.

Here’s the heated exchange between Lee and Price: