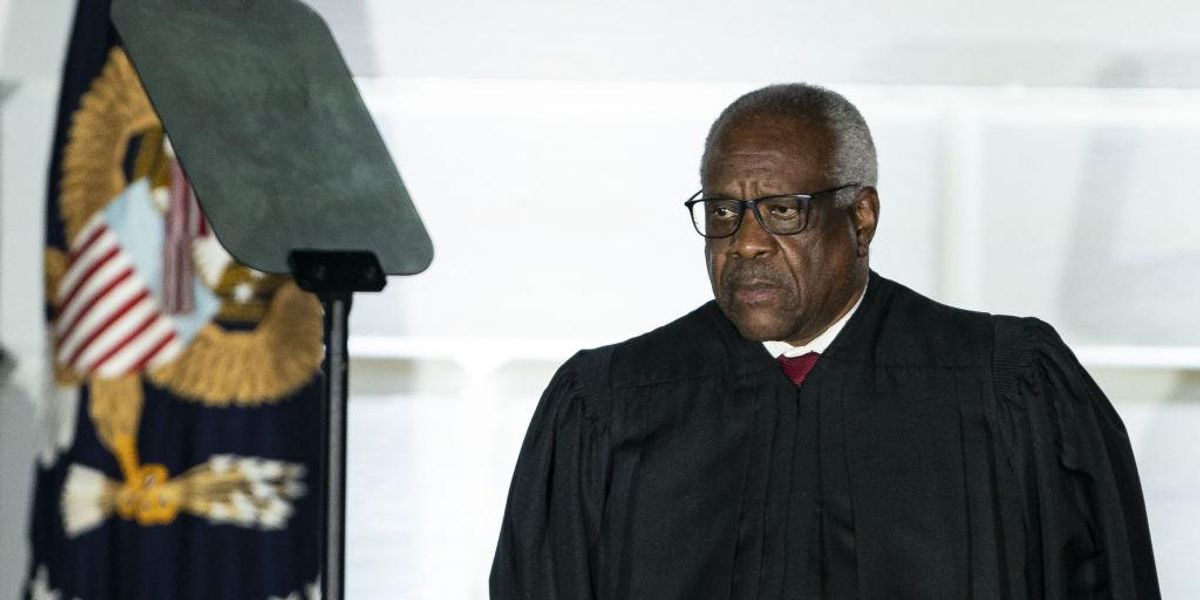 Serving as just the latest example of Big Tech censorship, Amazon has pulled from its streaming service a documentary about Justice Clarence Thomas, the only black Supreme Court Justice, during Black History Month.

Viewers who attempt to watch the critically acclaimed documentary, “Created Equal: Clarence Thomas In His Own Words,” which aims to tell the story of Thomas’ celebrated life “truly and fully, without cover-ups or distortions,” have not been able to do so since early February.

“This video is currently unavailable to watch in your location,” reads the message viewers are presented with upon selecting the title. The documentary is also currently not available for purchase in DVD format on Amazon’s website.

The film’s producer and director, Michael Pack of Manifold Productions Inc., informed TheBlaze that the documentary was pulled from Amazon Prime Video on or around Feb. 8, meaning it has been unavailable for the better part of Black History Month.

Pack confirmed that Amazon stopped streaming the documentary at its own discretion and without providing an explanation.

TheBlaze reached out to Amazon’s public relations department for comment, but did not receive a response in time for publication.

The news will only raise further suspicions that Amazon, like many of its Big Tech counterparts, is engaged in the deliberate and systematic silencing of conservative voices.

Given that the company has made significant efforts to celebrate black voices during Black History Month, one might think it would embrace the opportunity to stream a documentary about the country’s only sitting black Supreme Court justice.

Although Thomas himself may be a controversial figure in American politics, the film has been largely praised since its premiere last spring, when it was broadcast nationally on PBS. The film has a 99% audience score on the film review site, Rotten Tomatoes, and has a 4.9-star rating from customer reviews on Amazon’s website.

The film received high praise from the media as well. The Washington Post wrote in April, “It is a marvel of filmmaking that two hours pass so quickly. At the end of a screening I recently attended, there weren’t many dry eyes in the room.”

Time Magazine added, “[It] offers viewers rare insight into the mind of a justice known for his reticence on the public stage.”

The film, though unavailable on Amazon, is still available for purchase or streaming elsewhere. Those interested can visit Manifold Productions Inc.’s website for more information.