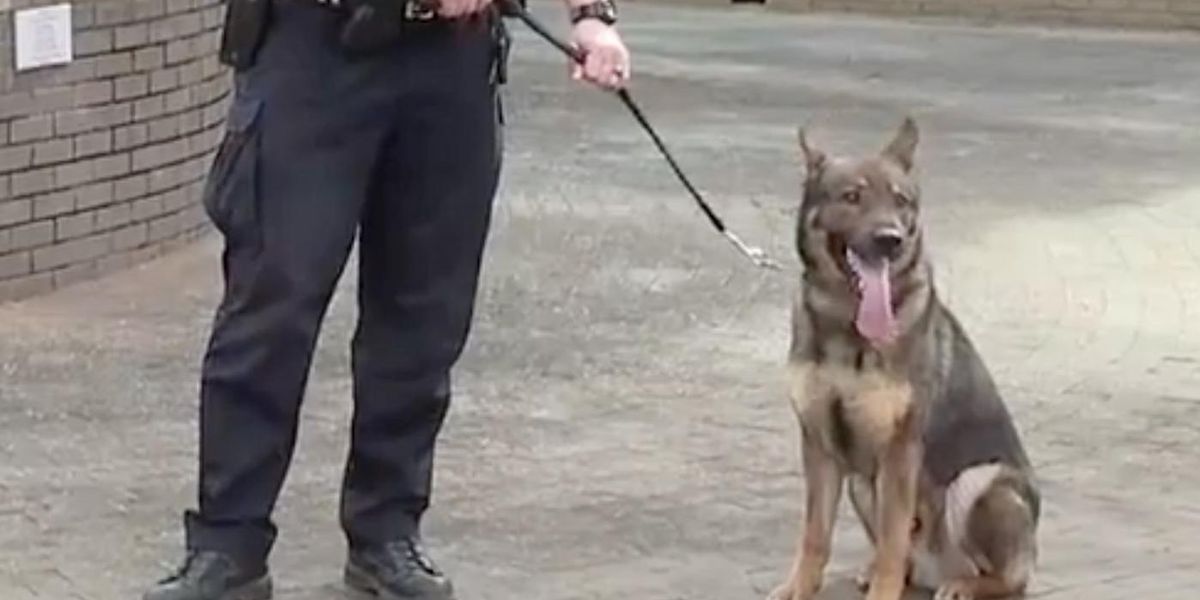 The Salisbury Police Department is under fire after an officer was captured on video beating a K-9 police dog during a training exercise in Salisbury, North Carolina.

The video shows the dog handler apparently getting upset with the dog, a 4-year-old K-9 named Zuul, and pulling him up from the ground by his collar. He then appears to throw the dog against the patrol car and hit it in the face.

Other officers can be heard on the recording assuring the handler that their video recording equipment was turned off.

Here’s the video of the incident:

In a media briefing Tuesday, Salisbury Police Chief Jerry Stokes said that the matter was under internal investigation, but he offered a possible explanation for what was captured on video.

“It is important to understand that police K-9s are trained to use force against criminal suspects, and the handler must ensure that they have complete control over the dog at all times, so that any use of a K-9 in the field is appropriate and lawful,” Stokes explained.

“When a K-9 is noncompliant with the handler’s commands, the handler is trained to correct the dog. K-9 training tactics and corrective measures can sometimes be alarming when provided out of context,” he added.

Stokes said the department would not comment on whether the handler’s actions were appropriate while the investigation was pending.

“The officer has been administratively separated from the K-9 while SPD conducts its review,” he continued.

Stokes added that Zuul, who was present during the media briefing, was unharmed. The officer was not identified.

Here’s the video of the media briefing about the incident: