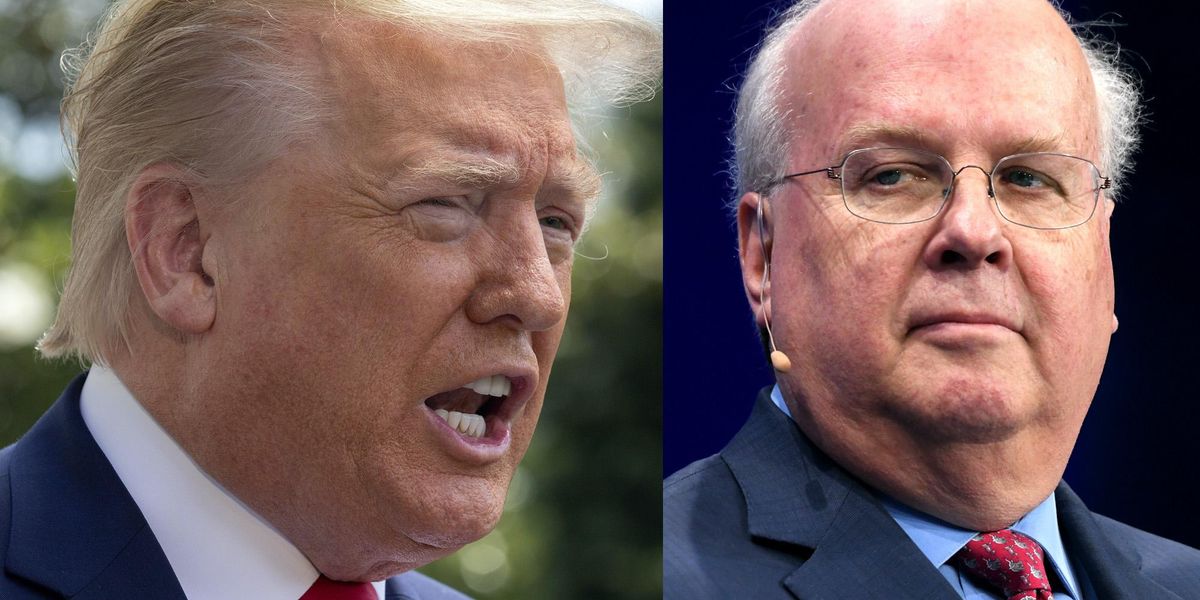 Trump called on Fox News to fire Rove and exhorted the Republican party to drop him.

“Karl Rove has been losing for years, except for himself. He’s a RINO of the highest order, who came to the Oval Office lobbying for 5G for him and a group. After a lengthy discussion with Rove and Chief of Staff Mark Meadows, I said no, they’re not qualified. Our Nation can do much better!” said the former president.

“Karl Rove’s voice on Fox is always negative for those who know how to win. He certainly hasn’t helped Fox in the ratings department, has he?” Trump added.

“He’s a pompous fool with bad advice and always has an agenda. He ran the campaign for two Senators in Georgia, and did a rotten job with bad ads and concepts. Should have been an easy win, but he and his friend Mitch blew it with their $600 vs. $2,000 proposal,” he continued.

Trump went on to claim that the election was fraudulent and that Republicans would have lost seats in the House of Representatives and fared even worse in the Senate if it weren’t for him.

The statement was meant to refute the arguments Rove made in an op-ed at the Wall Street Journal. Rove noted that the former president got explosive applause at the conference, but that only 68% of the attendees wanted him to run for president again.

Supporters want him to offer a forward-looking vision, but he won’t. Some view his declarations of civil war on Republicans as counterproductive and claims of political power hollow. And his repeated cries of stolen elections are causing some supporters to abandon politics altogether and others to doubt his claims.

Elements of Mr. Trump’s speech were fine. But true to form, the former president did it his way. The speech’s divisive, controversial and embittered parts dominated the coverage. He might be pleased by that, but shouldn’t be. Republicans shouldn’t be either.

The former president has been much more vocal about politics since his speech at CPAC. Earlier on Thursday he released a separate statement excoriating the Wall Street Journal editorial board for calling on Republicans to drop him over the failures of the congressional elections.