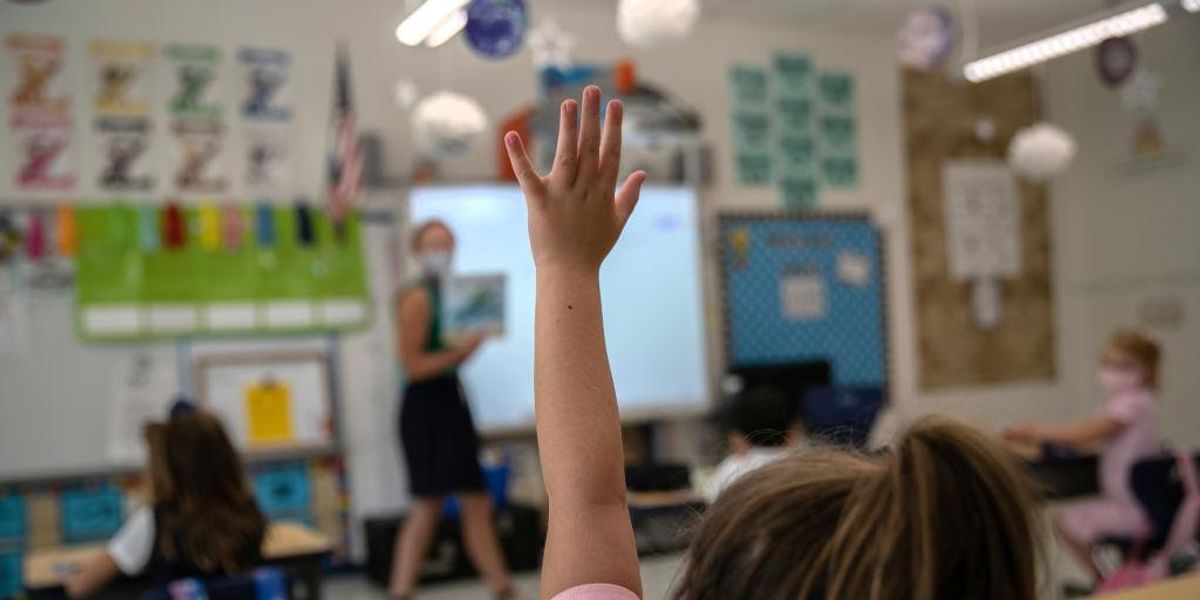 A Democratic New York lawmaker introduced a bill to teach comprehensive sex ed to kindergartners. The sex education will reportedly be outsourced to a left-wing organization that believes, “Sex ed is a vehicle for social change,” including incorporating social and racial justice messaging into their sex ed lessons.

New York Sen. Samra G. Brouk, a freshman Democrat from Rochester, introduced a bill to teach “comprehensive sexuality education in schools,” including to children as young as 5-years-old.

“Each public and charter school to provide students in grades kindergarten through twelve with comprehensive sexuality education,” the bill reads.

“But her proposal would legally link New York’s schools to the shifting recommendations of the Sexuality Information and Education Council of the United States (SIECUS),” the New York Post reported.

SIECUS states that sex education “can (and should) be so much more than that,” including “dismantling white supremacy.”

With sex education, we have a golden opportunity to create a culture shift–tackling the misinformation, shame, and stigma that create the basis for many of today’s sexual and reproductive health and rights issues, like reproductive justice, LGBTQ equality, sexual violence prevention, gender equity, and dismantling white supremacy.

The Sexuality Information and Education Council of the United States proclaims, “Comprehensive sexuality education for kindergarteners lays the foundation to teach students about things like respecting personal boundaries, gender roles, and more.”

“The goal of the National Sexuality Education Standards: Core Content and Skills, K–12 is to provide clear, consistent and straightforward guidance on the essential minimum, core content for sexuality education that is developmentally and age-appropriate for students in grades K–12,” SIECUS explains about the standards that first debuted in 2011.

The National Sex Education Standards from SIECUS received a major update in 2020 with a far more progressive approach to sex ed, including focusing on intersectionality, racism, and hormone blockers for children.

The National Sex Education Standards noted that by the end of the second grade, students will be able to “list medically accurate names for body parts, including the genitals.”

By the conclusion of the fifth grade, students will be required to “describe the role hormones play in the physical, social, cognitive, and emotional changes during adolescence and the potential role of hormone blockers on young people who identify as transgender.”

By the end of the eighth grade, students will be taught how to “define racism and intersectionality and describe their impacts on sexual health.” Students will also be expected to “define sexual identity and explain a range of identities related to sexual orientation (e.g., heterosexual, bisexual, lesbian, gay, queer, twospirit, asexual, pansexual).”

By the end of the twelfth grade, students will be expected to “analyze cultural and social factors (e.g., sexism, homophobia, transphobia, racism, ableism, classism) that can influence decisions regarding sexual behaviors.”

“The way overlapping or intersecting social identities—and particularly minority identities—relate to systems and structures of discrimination,” the guide reads. “Intersectionality looks at the relationships between these marginalized identities and the way that multiple systems of oppression interact in the lives of those with multiple marginalized identities and how this mixture impacts both our self-perception and how we are viewed and treated by other individuals, groups, institutions, and by society.”

“Sex education should avoid cisnormative, heteronormative approaches, aim to strengthen young people’s capacity to challenge harmful stereotypes, and be inclusive of a wide range of viewpoints and populations without stigmatizing any group,” the standards state.

Students will also be taught: “Inclusion of power and privilege, conscious and unconscious bias, intersectionality, and covert and overt discrimination, and the principles of reproductive justice, racial justice, social justice, and equity.”

New York Assemblyman Michael Reilly (R), a member of the education committee, told the New York Post, “We would be outsourcing our curriculum to this outside organization. That’s a concern.”

Brouk attempted to defend her bill by saying, “I am greatly concerned about the unacceptably high incidence of relationship violence, sexual harassment and assault, and online bullying in our society today. We must equip the next generation with the skills and education they will need to thrive.”

New research shows homicides rose in cities that experienced Black Lives Matter protests
Chauvin-Trial Judge Refuses to Sequester Jury after Latest Police-Involved Killing
April 9th: mRNA vaccines may EDIT your genes through “retro-integration” … and the DNA damage might be passed on to future generations
Greta Thunberg is boycotting the climate summit because of ‘vaccine nationalism’
Regulation-Happy EPA Is Forgetting to Inspect Hazardous Waste