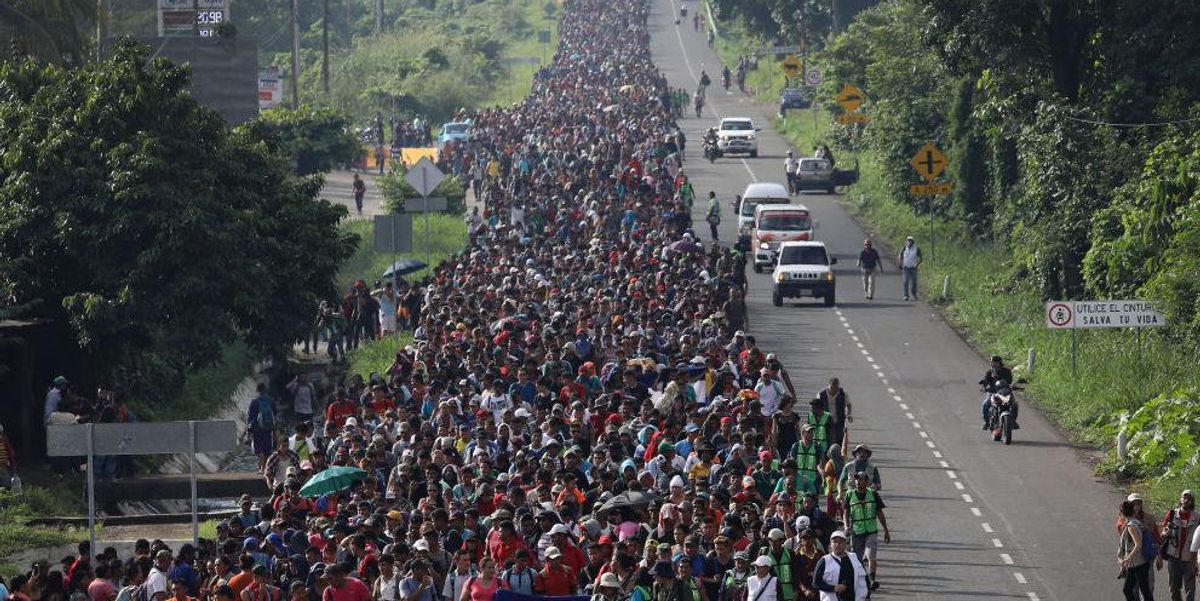 A top immigration official warned this week that the impending flood of migrants coming to the United States will outnumber any migrant wave over the last 20 years.

President Joe Biden promised to reverse much of his predecessor’s immigration policies, and he has made good on many of those promises thus far. For example, Biden rescinded Trump’s policy forcing asylum-seeking migrants to remain in Mexico while their cases are processed.

“Shelters are overflowing. Border crossings are rising. Border Patrol facilities are overwhelmed. And the new administration is taking fire from both the left and right as it grapples with the issue’s harsh realities,” Axios reported.

The Washington Post reported this week the Biden administration is planning to quickly process the migrants at “Ellis Island-style rapid-processing hubs” with the goal of releasing migrants into the U.S. within 72 hours.

The Biden administration is being forced to convert family detention centers into processing stations because they reportedly expect the coming migrant wave to be the biggest in a generation.

Russell Hott, a senior official with Immigration and Customs Enforcement, notified staff of the rapid-processing plan in an email Thursday that said arrivals by unaccompanied minors and families this year “are expected to be the highest numbers observed in over 20 years.”

If U.S. border officials continue to take in more than 500 family members per day, the change in use to the family detention centers “may not be sufficient to keep pace with apprehensions,” Hott warned in his email, which was reviewed by The Post. Individuals who cannot be housed in one of the rapid-processing centers may need to be placed in hotels, Hott wrote.

With such a rapid influx of migrants, Texas Democrats who represent parts of the U.S.-Mexico border are warning the U.S. is just weeks — perhaps even days — away from a border crisis.

“We are weeks, maybe even days, away from a crisis on the southern border. Inaction is simply not an option. Our country is currently unprepared to handle a surge in migrants in the middle of the pandemic,” Rep. Henry Cuellar (D-Texas) said Thursday, the Houston Chronicle reported.

“You just can’t say, ‘Yeah, yeah, let everybody in’ — because then we’re affected down there at the border,” he said. “The bad guys know how to market this.”

“If that is the message that we send to Central America and around the world, I can assure you, it won’t be long before we have tens of thousands of people showing up to our border,” he added.