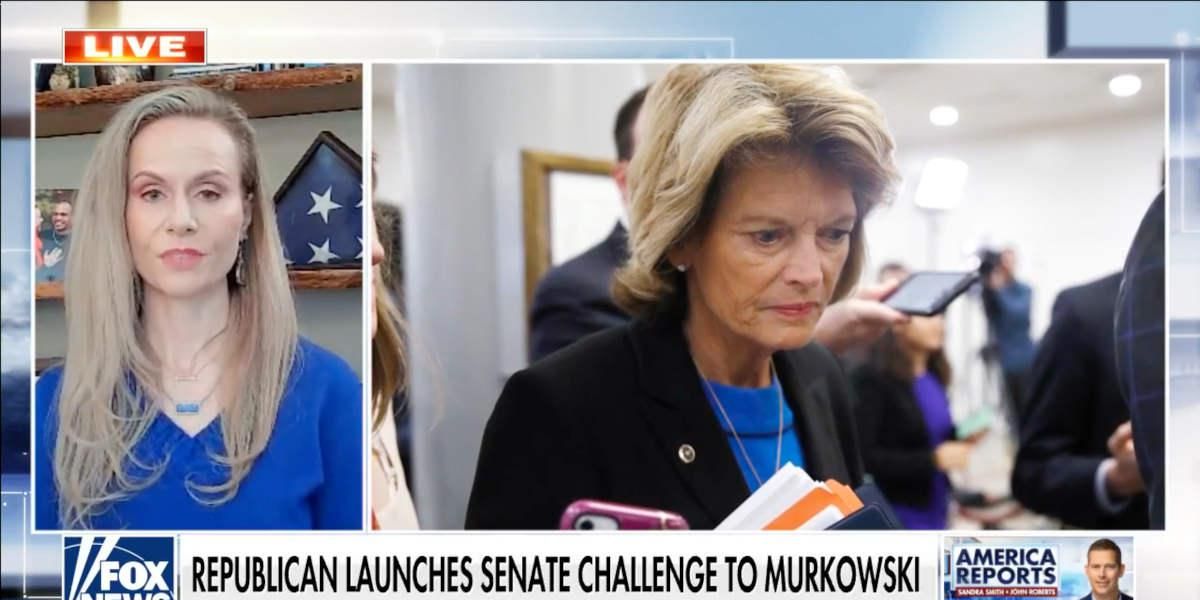 Alaska Sen. Lisa Murkowski will face yet another Republican primary challenge from the right as she prepares to run for re-election to the Senate. This time, she will be opposed by a state official who is backed by several alumni of the Trump administration.

Kelly Tshibaka, the state commissioner of administration, launched a campaign Monday for U.S. Senate against Murkowski, accusing the incumbent senator of being too liberal and too anti-Trump for Alaska. She is reportedly being advised by several of former President Donald Trump’s top 2020 campaign advisers, including former Trump campaign manager Bill Stepien, deputy campaign manager Justin Clark, and battleground states director Nick Trainer, who after the 2020 election founded the consulting firm National Public Affairs.

“While Lisa Murkowski has voted with the liberal Washington, D.C., insiders, hurting our way of life, we Alaskans have felt forgotten,” Tshibaka wrote in an op-ed declaring her candidacy.

“I want to be a voice for the forgotten Alaskans who feel like Washington, D.C., insiders are not listening to them,” she said.

In an interview on Fox News, Tshibaka attacked Murkowski’s voting record, singling out her support for President Joe Biden’s nominee for secretary of the interior, Deb Haaland, previously one of the most progressive members of the U.S. House of Representatives.

“Lisa Murkowski, she celebrated and applauded Joe Biden coming in,” Tshibaka charged. “He made super clear in his campaign that he was going to take direct aim at Alaska’s oil and gas industry. And that’s exactly what he did. Our oil and gas industry has taken a huge hit just in the time that he’s come in.”

She criticized Murkowski for failing to ask Haaland about her position on oil and gas leases in Alaska before ultimately casting a surprise vote in favor of her advancement toward confirmation.

To date, Murkowski has successfully fended off conservative primary challengers since losing the Alaska Republican primary for U.S. Senate to Joe Miller in 2010 but returning to win a write-in campaign for re-election. This time, however, she’s lost the backing of the state GOP and will be openly opposed by Trump.

Murkowski was one of seven Republicans who supported President Trump’s second impeachment, voting to convict him in the United States Senate and saying in the weeks leading up to that vote Trump should be barred from holding elected office again.

In response, the Alaska Republican Party censured her, officially declared its opposition to her candidacy for U.S. Senate, and vowed to use all “legally permissible” means to prevent her from being re-elected.

While Trump has not endorsed any candidate in the race against Murkowski, he has vowed to campaign against her and support a primary challenger.

“I would love to have the endorsement of President Trump,” Tshibaka said on Fox News. “He’s very popular in Alaska.”