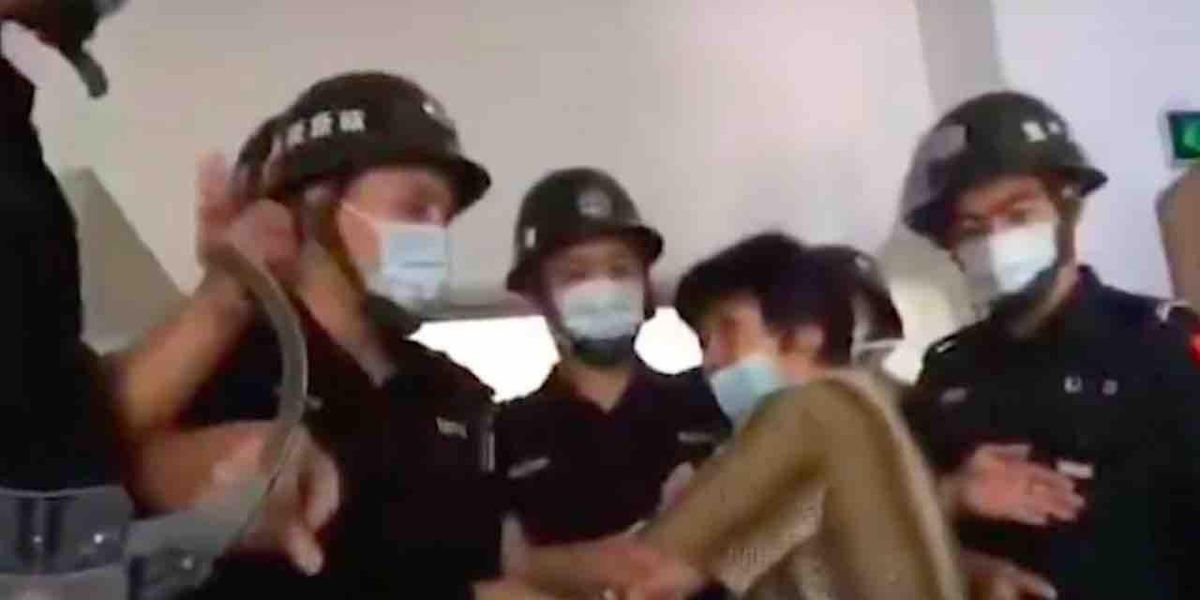 Chinese officials are detaining Christians in windowless “transformation” facilities and using “brainwashing” to get them to renounce their faith,
Radio Free Asia reported.

RFA said it spoke to a member of a Christian house church who asked to be identified by a pseudonym — and “Li Yuese” told the outlet he was held for nearly 10 months in a facility run by the Chinese Communist Party’s United Front Work Department after a 2018 raid on his church.

Li called the facility “mobile,” said it “could just set up in some basement somewhere,” and that “it was staffed by people from several different government departments,” RFA noted.

He added that “they mainly target Christians who are members of house churches,” the outlet reported.

The Chinese Communist Party, which embraces atheism, exercises tight controls over any form of religious practice among its citizens.

The CCP under Xi Jinping regards Christianity as a dangerous foreign import, with party documents warning against the “infiltration of Western hostile forces” in the form of religion.

Li said most of his fellow inmates had been released on bail during criminal detention for taking part in church-related activities — but most hadn’t done anything that would result in criminal prosecution, so police sent them to the “transformation” facilities instead, the outlet reported.

“They were using brainwashing methods on those of us who were on bail from the detention center,” he told RFA, adding that “you have to accept the statement they prepare for you” and “if you refuse, you will be seen as having a bad attitude and they will keep you in detention and keep on beating you.”

Li added to the outlet that “there were no windows, no ventilation, and no time allowed outside” and that he was given just two meals a day.

Inmates who refused to “admit their mistakes” were held in solitary confinement for prolonged periods, RFA said.

“There is no time limit for the brainwashing process,” Li added to the outlet. “I don’t know the longest time anyone has been held there, but I was detained for eight or nine months.”

He also said since “you can’t see the sun,” all “concept of time” is lost, RFA reported.

Li also told the outlet that suicidal thoughts and self-harm were commonplace.

“I couldn’t sleep; after you’ve been in there a week, death starts to look better than staying there,” he recalled to RFA. “I bashed myself against the wall to self-harm.”

Li noted to the outlet one instance when he was “groggy and was trying to open my eyes, but I couldn’t. Four or five of them grabbed me by the arms and legs and pinned me to the ground. They they injected me with some drug, and brought me back to consciousness.”

He said that upon his release he was suffering from edema and had gained over 20 pounds, RFA reported.

Even state-run churches haven’t escaped the heavy hand of China’s communist authorities, as TheBlaze reported last year that officials allegedly ordered such congregations to praise Chinese President Xi Jinping’s handling of the coronavirus before being permitted to reopen.

Beyond the plight of churches in China, a story emerged in February about Chinese women who alleged they were inside the country’s concentration camps and claimed that “extremely sadistic” guards carried out gang rapes and brutal beatings.

In addition, the Associated Press last June reported that the Chinese government is “taking draconian measures to slash birth rates among Uyghurs and other minorities as part of a sweeping campaign to curb its Muslim population.” The investigation discovered “widespread and systematic” efforts to reduce the minority population, including state-mandated pregnancy checks of minority women, forced use of intrauterine devices, sterilization, and abortion.

President Joe Biden said of Xi Jinping during a February town hall that “the idea that I’m not going to speak out against what he’s doing in Hong Kong, what he’s doing with the Uyghurs in [the] western mountains of China… he gets it … Culturally there are different norms that each country and their leaders are expected to follow.”

Biden added at the town hall, “If you know anything about Chinese history, it has always been, the time when China has been victimized by the outer world is when they haven’t been unified at home. So the central — well, vastly overstated — the central principle of Xi Jinping is that there must be a united, tightly controlled China. And he uses his rationale for the things he does based on that.”