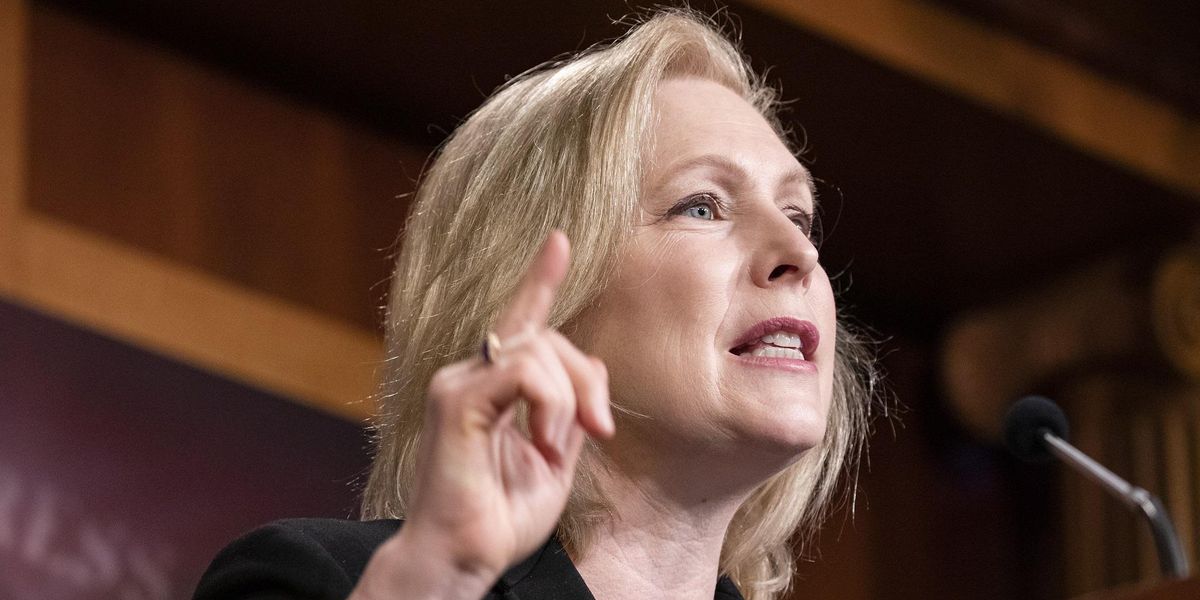 Sen. Kirsten Gillibrand (D-N.Y.) took the bold step of expanding the definition of infrastructure to an unrecognizable state on Wednesday, as she and other Democrats work hard to sell Americans on President Joe Biden’s $2 trillion “infrastructure” plan that includes a whole lot of non-infrastructure-related initiatives.

But social media had a field day with the New York senator’s attempt, mocking her with expanded definitions of their own.

Fox News pointed out that politically, infrastructure “is often considered to refer to transportation, roads, bridges and items of that nature.” Merriam-Webster’s Dictionary says infrastructure is “the system of public works of a country, state, or region,” or “the underlying foundation or basic framework (as of a system or organization).”

Someone else wrote that by Gillibrand’s reasoning, “strip clubs” are infrastructure, while others told her, “your mom” and “my a**” also qualify as infrastructure.

Even fellow Democrats scolded Gillibrand for her stunt. One person tweeted back to the senator, “Words mean things. If you use ‘infrastructure’ for everything, then it means nothing. This is just dumb pandering. BTW, I’m a lifelong democrat. I’m for all of those things. But they need to stand on their own merits.”

Someone else told the senator, “As a Dem I would love it if we stopped making important words meaningless.”

NBC News published an analysis Wednesday acknowledging in that Biden “threw everything, including the kitchen sink, into his $2 trillion-plus ‘infrastructure’ proposal,” adding that “loading up a bill with Democratic priorities in addition to more bipartisan policy goals, such as rebuilding roads and bridges, has put Biden in danger of capsizing his own plan.”

But the outlet rightly pointed out that catch-all bills that bundle unrelated policy initiatives are not an uncommon practice in Washington.