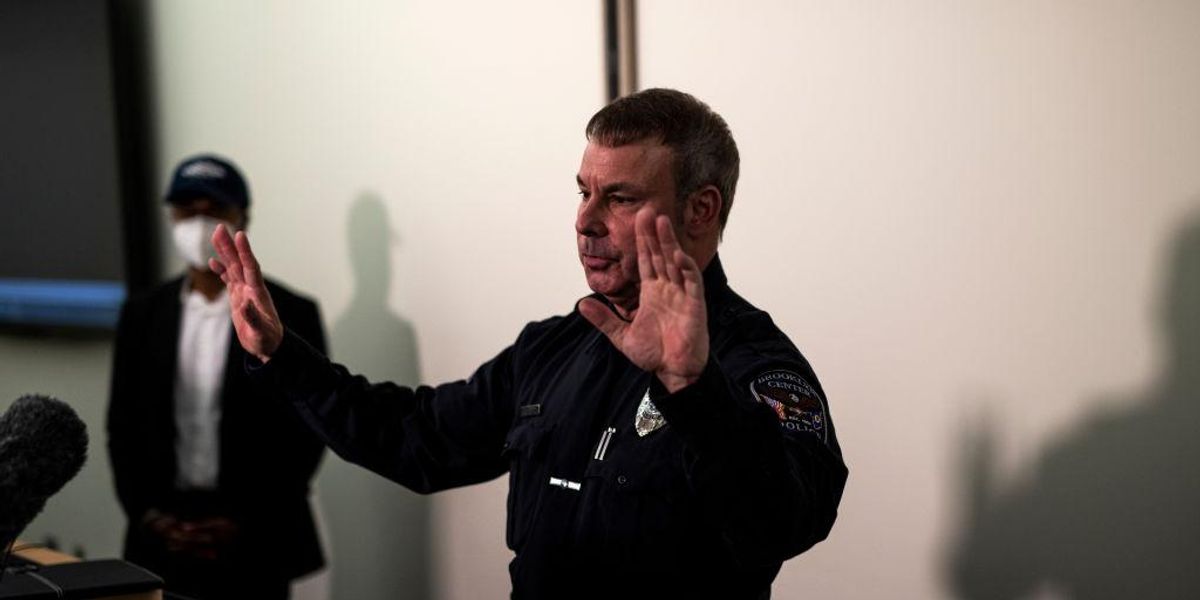 Police say that the fatal shooting of a 20-year-old black man by a police officer near Minneapolis on Sunday was an accident.

The unidentified female officer who shot the man, a “very senior officer” on the force, apparently mistook her handgun for a Taser, Brooklyn Center Police Department Chief Tim Gannon told reporters at a news conference Monday.

Daunte Wright was fatally shot by police Sunday during a traffic stop. Gannon said that Wright, who was reportedly driving with his girlfriend in the passenger seat, was pulled over for driving with expired tags. Officers attempted to take Wright into custody for an outstanding warrant, and he was shot after he got back into his car following a brief struggle with police.

During the news conference, Gannon shared body camera footage from the deadly shooting with reporters.

In the video, an officer is seen attempting to handcuff Wright outside of the white Buick he was driving.

The officer tells Wright there is a warrant for his arrest then says “don’t do it” before Wright appears to break free and get back into his vehicle, at which point a struggle occurred.

Another officer can be heard repeatedly shouting what sounds like “I’ll tase you” and “Taser!” while pointing a handgun at Wright. The firearm discharges and the officer exclaims a profanity before saying, “I just shot him.”

Gannon told reporters that the officer accidentally drew her handgun instead of her Taser and shot Wright.

“As you can hear, the officer, while struggling with Mr. Wright, shouts ‘Taser, Taser’ several times. That is part of the officer’s training prior to deploying a Taser, which is a less lethal device,” he said. “That is done to make her partners aware, as well as the subject, that a Taser deployment will be imminent.

“As I watch the video and listen to the officer’s commands, it is my belief that the officer had the intention to deploy their Taser, but instead shot Mr. Wright with a single bullet,” Gannon said.

After being shot, Wright drove off in the vehicle and traveled several blocks before striking another vehicle. He reportedly died at the scene.

Gannon called the shooting an “accidental discharge that resulted in the tragic death of Mr. Wright.”

The police chief would not identify the officer as the shooting incident is currently under investigation by Minnesota’s Bureau of Criminal Apprehension.

“The information on the officer is that she’s a very senior officer, that’s the extent that I can do,” Gannon told reporters.

“My position is that we cannot afford to make mistakes that lead to the loss of life of other people in our profession,” Elliott said. “So I do fully support releasing the officer from her duties.

“She will not be returning to duty until this investigation has run its course and she, for all intents and purposes, I think we can look at the video and ascertain whether or not she’ll be returning,” he added.

The Minnesota National Guard was deployed Sunday night after a crowd of 100 to 200 people rioted after the shooting.

The officer who shot Wright has been placed on administrative leave.