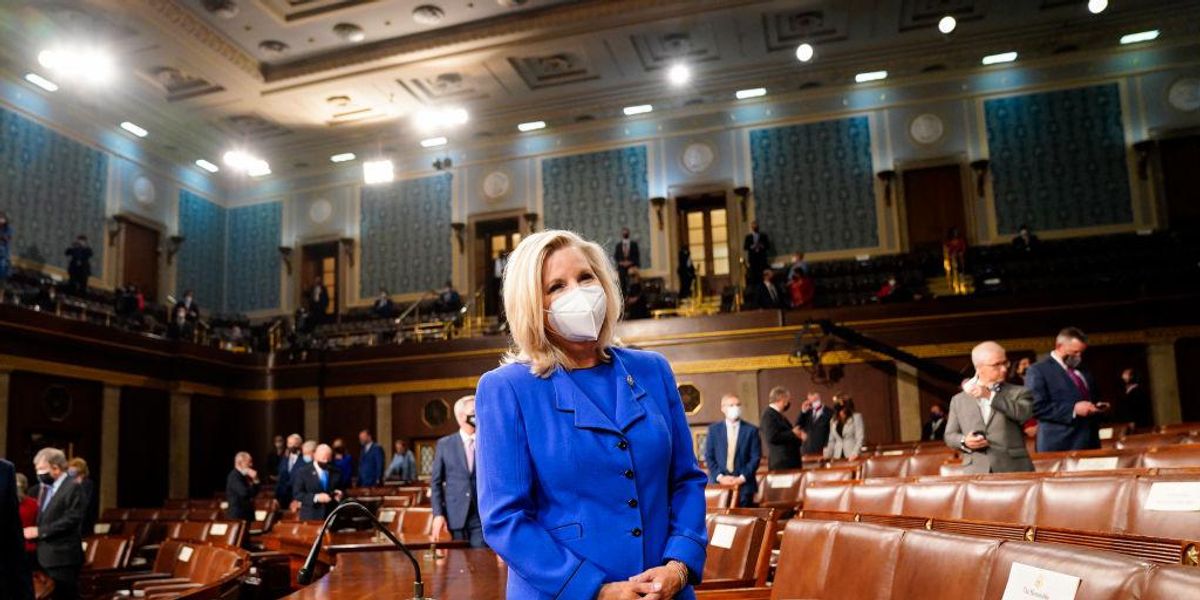 “I think she’s got real problems,” McCarthy reportedly told Fox News host Steve Doocy off-air just before he was interviewed live on “Fox & Friends”. “I’ve had it with … I’ve had it with her. You know, I’ve lost confidence. … Well, someone just has to bring a motion, but I assume that will probably take place.”

His comments appear to confirm reports that his working relationship with Cheney has deteriorated and that House Republicans may move to oust Cheney from GOP leadership.

House Republicans are inching closer to forcing House GOP Conference Chairman Liz Cheney (Wyo.) from her leadership position, with some so confident she will be removed that several congresswomen are being discussed to replace her, according to multiple reports.

“Liz is gone. Just a question of how and when,” one Republican lawmaker told CNN on condition of anonymity.

Among those being discussed to succeed Cheney as the No. 3 Republican in the House are Reps. Elise Stefanik (R-N.Y.), Ann Wagner (R-Mo.), Jackie Walorski (R-Ind.), and Cathy McMorris Rodgers (R-Wash.), Axios reported Tuesday.

Tensions are running high in the GOP conference as several lawmakers are fed up with Cheney’s vocal criticism of former President Donald Trump, believing her to be a “liability” who is taking Republicans off-message ahead of the 2022 midterm elections.

Recently, Cheney told the New York Post that “the senators who led the unconstitutional charge” to challenge the Electoral College results on Jan. 6 had committed a “disqualifying” offense and should be left out of consideration for the 2024 presidential nomination. She made those remarks at a policy retreat in Florida, where House Republicans had intended to gather to discuss strategy and develop a cohesive and unified message to bring to the American people.

This week, she accused the former president of “poisoning our democratic system” by continuing to insist the results of the 2020 presidential election were illegitimate, calling Trump’s claims that the election was stolen “THE BIG LIE.”

Cheney’s repeated insistence that the party must move on from Trump has put her in conflict with other lawmakers who recognize the party base is still firmly in Trump’s corner and fear alienating Trump’s supporters could keep them from winning congressional majorities in 2022.

In the strongest sign yet that Cheney’s future in leadership is in doubt, House Minority Leader Kevin McCarthy (R-Calif.) acknowledged Tuesday that her “ability to carry out the job as conference chair” has become a concern among several members of the GOP caucus.

“I have heard from members concerned about her ability to carry out the job as conference chair, to carry out the message,” McCarthy said on “Fox & Friends.” “We all need to be working as one if we’re able to win the majority. Remember, majorities are not given, they are earned. And that’s about the message about going forward.”

In response, a spokesman for Cheney released a statement, saying: “This is about whether the Republican Party is going to perpetuate lies about the 2020 election and attempt to whitewash what happened on Jan 6. Liz will not do that. That is the issue.”

Previously, McCarthy had defended Cheney from an attempt by some conservative lawmakers to force her out of leadership in retribution for her vote to impeach former President Donald Trump. But as Cheney has continued to attack the former president and her relationship with McCarthy has frayed, the GOP leader’s allies have begun hinting to the media that her time in leadership will be over before the month’s end.

As for who could replace Cheney in leadership, both Axios and Punchbowl News have reported there is a “consensus” opinion that a woman must succeed Cheney if she is tossed out.

“Word is out that House GOP Leaders are looking to push Rep. Liz Cheney from her post as House Republican Conference Chair – their most senior woman in GOP leadership – for a litany of very Republican reasons: she won’t lie, she isn’t humble enough, she’s like a girlfriend rooting for the wrong team, and more,” Pelosi’s office said.

The House Republican conference will meet Wednesday, May 12. It would take a two-thirds vote by secret ballot to remove Cheney from leadership.