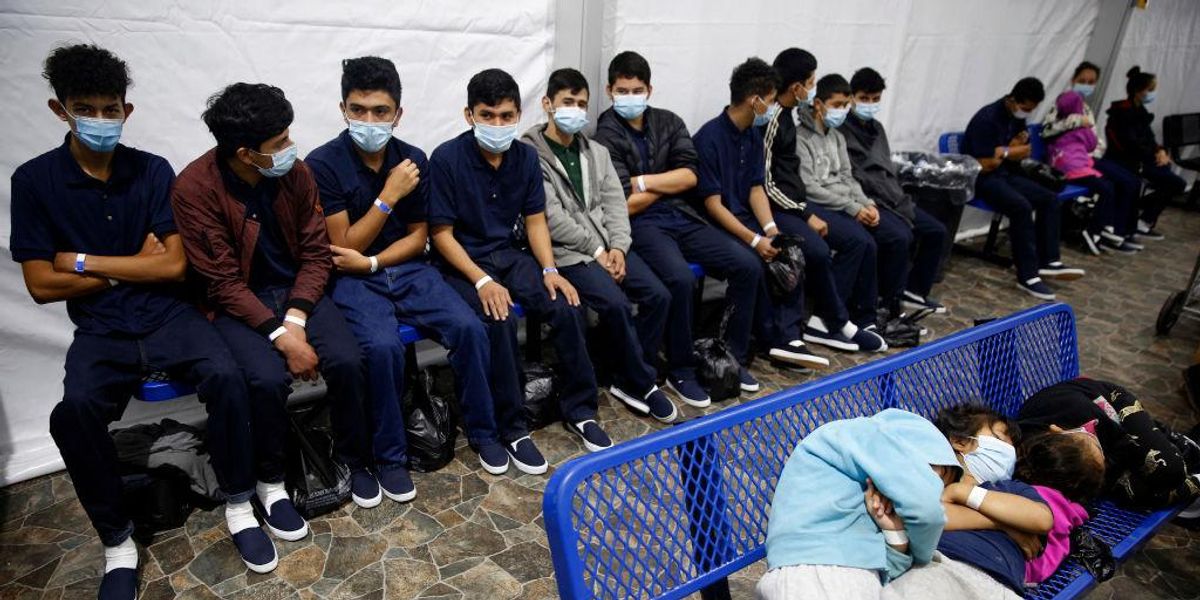 A new report reveals the federal government has spent $3 billion to house tens of thousands of migrant children who crossed the U.S. southern border shortly after President Joe Biden was sworn in. The Biden administration has saddled American taxpayers with the eye-raising costs of housing unaccompanied minors during the current border crisis.

Since February, the Department of Health and Human Services awarded the largest contracts, worth more than $2 billion in taxpayer money, to a nonprofit and two companies. The recipients of the huge contracts were New York-based Deployed Resources LLC; Family Endeavors Inc. of San Antonio; and Rapid Deployment Inc., based in Mobile, Alabama. The massive contracts were awarded to the organizations without any bidding process, according to a report from the Associated Press.

Deployed Resources was awarded a $719 million contract by the Biden administration to establish a 1,500-bed emergency shelter for children in Donna, Texas. In March, photos surfaced from the Donna facility that showed packed conditions that one Democratic lawmaker described as “terrible conditions for the children.” Government officials attempted to prevent Republican senators from taking photos of the conditions of the migrant facility.

Family Endeavors Inc., a nonprofit that offers “migrant wellness support,” could receive up to $580 million for managing a facility for unaccompanied children in Pecos, Texas. In March, it was revealed that the Biden administration awarded Family Endeavors an $87 million contract to provide hotel rooms to 1,200 migrant families who crossed the U.S.-Mexico border.

“The potential amount of the latest contract is more than 13 times the organization’s total revenue during 2018, according to the latest annual tax filings available,” the AP said of Family Endeavors.

Nearly 25,000 migrant children were in the custody of the U.S. federal government, apart from their families, in early May, according to the Washington Examiner.

Analysis from the Washington Post in April found that the Biden administration is spending $60 million a week to house migrant minors in federal facilities operated by the Department of Health and Human Services.

Shocking video shows terrified children ages 5 and 10 in the line of fire during brazen NYC attack
Joe Biden Fritters Away Any Chance for Peace in the Middle East
Ted Cruz: ‘The Stage Is Set For An Incredible Conservative Revival’
State GOP Chair Wants Arizona-Style Audit in Nevada – But Democrat Leadership Pushes Back on Idea
Former top Obama ethics official unleashes on Biden: ‘I’m the stupid moron who fell for his false promises’