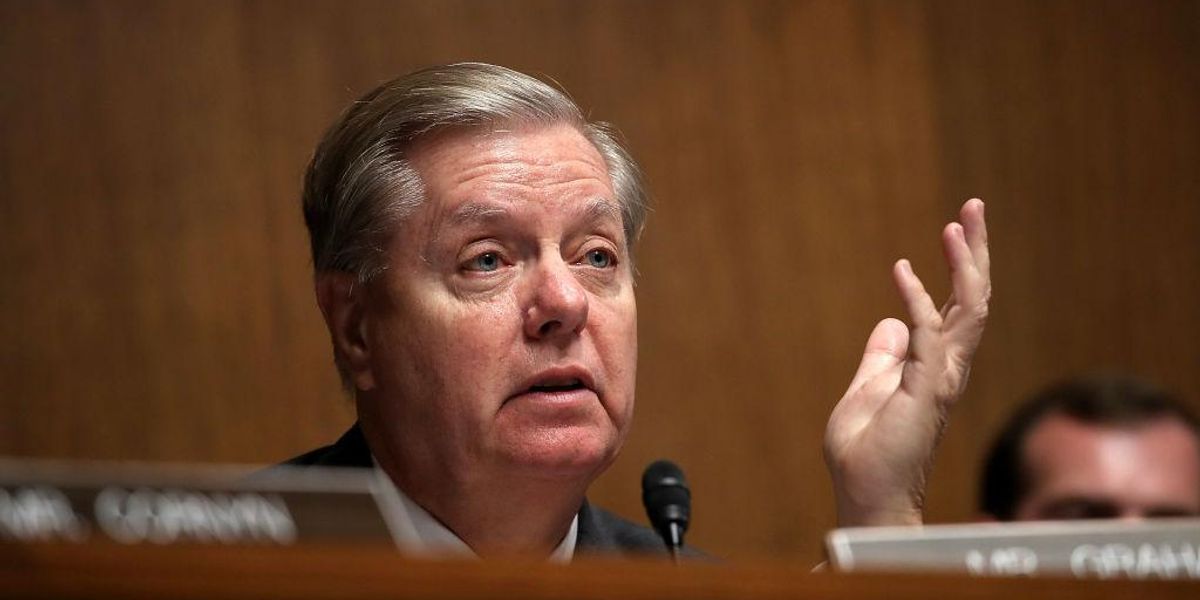 Sen. Lindsey Graham (R-S.C.) delivered a tongue-lashing to the heads of corporations that bow down to intimidation from woke leftists. He warned corporate executives that it will be Republicans who protect their businesses, not Democrats.

In the past few months, there have been several major corporations who have bent the knee to the leftist mob in an effort to appear progressive and woke. Major League Baseball moved its All-Star game from Georgia to Colorado in a stand against the Peach State’s new voter ID laws despite Colorado having similar, arguably more stringent, voting restrictions. Coca-Cola’s CEO spoke out against Georgia’s new voting laws, as did the CEO of Delta Airlines.

Notable GOP members have rallied against corporations bending the knee to the outrage mob, including former President Donald Trump, who issued a warning about “woke cancel culture” and called for “Republicans and conservatives to fight back.”

Sen. Ted Cruz (R-Texas) ripped the suddenly progressive corporations, “Had these watch-me-woke-it-up CEOs actually read the bill—instead of parroting the radical left’s talking points—they’d have discovered they had no idea what they were talking about. A clutch of business leaders tried to win woke Twitter points and clowned themselves instead.”

Graham is the latest Republican to hammer corporations for attempting to appease the cancel culture crowd.

“They are trying to intimidate corporate America to abandon the Republican Party,” Graham said during a recent appearance on “Hannity.” “Here’s my message to corporate America, corporate Georgia: have you lost your mind?”

“Don’t you realize that the only thing between you, and your companies, and your shareholders and the Democratic agenda of high taxes, incredible regulations, and unbelievable spending is the Republican Party? Don’t you realize that the two Democrats in Georgia, in the United States Senate are fully on board for the most radical agenda in the history of the country when it comes to tax spending and regulation? So they’re intimidated,” the Republican from South Carolina told Fox News host Sean Hannity.