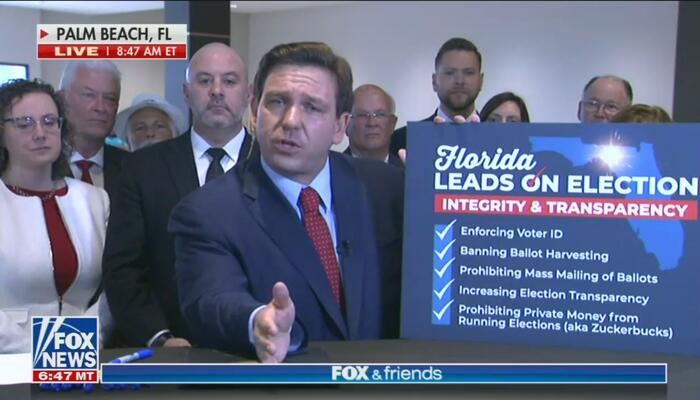 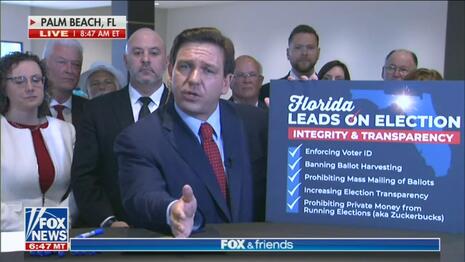 On the Friday NewsBusters Podcast, we focus again on how the media are treating election-integrity bills. Now the focus has turned to Florida, as Gov. Ron DeSantis faux-signed Florida’s new election law live on Fox & Friends Thursday morning, giving Fox News exclusive access to the event, which infuriated the liberal media.

But they were also going to dismiss the law as throwing “restrictions,” “limits,” and “hurdles” to voting. Heritage Action showed the provisions were not controversial, but that never stops the press. Even Univision was slanting the news in Spanish.

Over the last few days we found a Miami-based correspondent for Politico on MSNBC admitting this bill wasn’t so bad, admitting this might get him in “trouble” (with his media colleagues). On CNN, former Obama campaign manager David Axelrod agreed with his podcast guest John Boehner that the Georgia voting law certainly wasn’t the second coming of Jim Crow (although he still didn’t like it).

We also talk a little about how MSNBC is suggesting that the Republicans are worse than al-Qaeda, or they’re feces swimming in Trump’s golden toilet. And CBS morning star Gayle King has a new fawning interview with Michelle Obama, and claimed the Obamas try hard not to be partisan. Where are the fact checkers?

Enjoy the podcast below, or wherever you enjoy your podcasts.